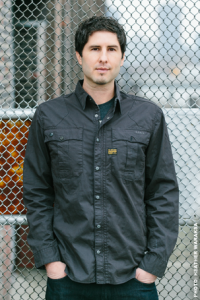 Following recently reading the anthology My True Love Gave To Me which was released in the UK by Macmillan Children’s books in October 2014 I have had the absolute honour of putting some questions to one of the fabulous authors who features in the book with his short story, Angels In The Snow, Matt de la Pena!

Check Out my review of My True Love Gave To Me here!

Angels In The Snow was one of my favourite stories in the book of twelve winter romances and I cannot contain my excitement at having Matt feature on Tales Of Yesterday (I think I ran around my house like McCauley Culkin in Home Alone for at least an hour if not more!).  Angels In The Snow introduced me to Matt’s writing and has intrigued me as well as other readers and bloggers to look up his other books which I intend to read in 2015!

Here we talk about Angels In The Snow, Matt’s other books, Downton Abbey and how important Diversity is in books.

Matt de la Peña is the author of five critically-acclaimed young adult novels: Ball Don’t Lie, Mexican WhiteBoy, We Were Here, I Will Save You and The Living. He’s also the author of the award-winning picture book A Nation’s Hope: The Story of Boxing Legend Joe Louis (illustrated by Kadir Nelson). Matt received his MFA in creative writing from San Diego State University and his BA from the University of the Pacific where he attended school on a full basketball scholarship. de la Peña currently lives in Brooklyn NY. He teaches creative writing and visits high schools and colleges throughout the country.

Hi Matt.  Welcome to Tales Of Yesterday.  Thank you so much for featuring on my blog…I am very excited and thrilled to have you here!

Firstly, thank you for writing such a wonderful short story in the My True Love Gave To Me anthology, Angels In The Snow. 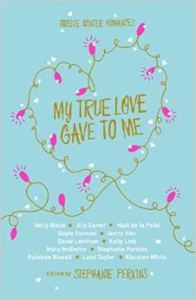 Angels In The Snow is about a young boy called Shy, a cat sitting, guitar playing student who finds himself snowed in in a foodless apartment, owned by his boss, over Christmas.  A knock on the door one day from neighbour, Haley, needing help means that there are two people alone in the building during a blizzard, but they need to get to know each other first and they find they may just be able to help each other.

Angels In The Snow is a truly touching short story.  The characters felt real to me as a reader and Matt’s realistic, beautifully written love story really touched me and all with a good old touch of humour and diversity thrown in the mix too.  A beautiful short story and a great addition to the anthology.

How did writing for the anthology, My True Love Gave To Me happen?

First of all, thanks so much for having me on you blog!

Stephanie Perkins approached me about being a part of the anthology in early 2014. I jumped at the chance for one reason: Stephanie Perkins is one of my favourite writer people in the world. Her novels are fantastic, but she’s also a genuinely nice person. And then I heard who else was going to be in the collection. Pretty crazy line up. Then I got to work.

What inspired you to write the story of Shy and Haley?

This is the first YA story or novel I’ve ever set in Brooklyn, where I’ve lived for the past ten years. All my other work is set in California, where I’m from. So I set out to write a snow-driven story about a couple in Brooklyn. And I wanted to explore a kid who’d come to NY to go to college, but didn’t have enough money to go home for the holidays. Then I realized there was a girl named Haley on the floor above him, who didn’t go home for very different reasons.

How important are names to you in your books?  Did you choose the names Shy and Haley on liking the way they sounded or do they have some special meaning?

I’ve been working with the name Shy for a good decade. He first appeared in a failed adult novel I was writing back when I lived in LA. Then he was the protagonist of a short story called “Passing Each other in Halls” which people can check out here. And then he became the protagonist for two disaster-driven novels (The Living and The Hunted). So I knew Shy SUPER well when I sat down to write “Angels in the Snow.” In The Living we learn why his name is Shy – comes from a play on the old saying, “You don’t know shit from Shinola.” I tried about 624 female names before I landed on “Haley.”

There is a great reference to our very English and popular Downton Abbey in the story!  Are you a fan?

Total fan. And if you knew me, that might surprise you. I’m sort of a guy’s guy, if that makes sense. But I LOVE Downton Abbey. There’s something about that show.

The big question is have you ever been snowed in with no food and only a cat for company?

I didn’t see snow in person until I was thirty. Crazy, right? So, no. Never been snowed in like Shy and Haley. But I do have a cat (her name is Annie and she kind of bitchy), and I’ve definitely been hungry like that. I also love a novel called Hunger by Knut Hamsun.

Have you read the other stories in My True Love Gave To Me?  Which one was your favourite?

I HAVE read the other stories. By the way, I’m so impressed with this collection. Everyone really brought it. I can’t pick a favourite publically because I know all these people. Don’t want to play favorites. If we were in a bar drinking whiskey . . . I might have a bit more to say.

Following reading Angels In The Snow I, as well as other people I know, are excited to read your other books.  Could you tell us a little about a few of them?

Sure. I have five novels out (it will be six when The Hunted comes out in May). The Living and The Hunted are driven by action, like I said earlier, though there’s a pretty important love story in the two books as well. Can I pick a favorite? Is that legal for authors? We Were Here is a special novel for me. It’s about a kid who’s committed an awful, unthinkable crime – by accident. He’s sentenced to a year in a group home, but he busts out of there with a couple other kids and tries to get to Mexico to start a new life. He’s all heart. Probably my favorite character I’ve written. Mexican WhiteBoy is my best selling novel. And if you like novels driven by a love story, I’d suggest my fourth novel, I Will Save You – but I have to warn you, it’s sad! 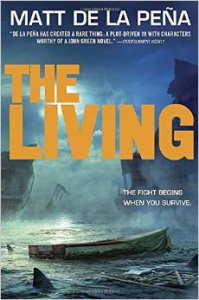 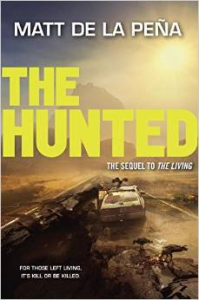 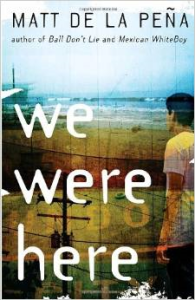 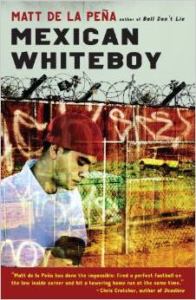 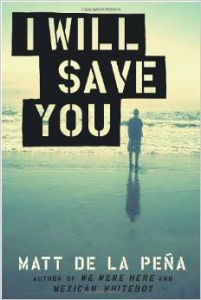 Are they available in the UK?

Shoot, I think so. I HOPE so. But I’m not sure. Who do I have to give a foot rub to in order to make sure they’re available in the UK?

**They are and you can find them to order here**

I notice from your website that you support the We Need Diverse Books campaign  – how important is this to you and how is this portrayed in your writing?

I’m half Mexican myself, so all my main characters tend to be mixed race, too. I just think it’s important to tell the truth in stories and books, and the truth is my world is populated by lots of different kinds of people. My goal is to reflect the lives of the people I see, in the work I do.

The Color Purple made me a reader. I was also inspired by Sandra Cisneros and Junot Diaz. But I didn’t know I wanted to be a writer until I was in college. My favourite writer these days is Cormac McCarthy.

Honesty and humor with a little dash of melancholy. And the ability to be efficient.

I love Markus Zuzak’s books. And I think A.S. King and Matthew Quick are amazing, too. There’s a little jealousy there when I read one of their books and go, Damn!

Stephanie Perkins. One day I’m going to talk her into this.

Are there any exciting plans for 2015?  Any new books or stories we should look out for from yourself?

Over on Tales Of Yesterday I have recently been asking YA authors if music has any influence to their writing and/or characters.  Is there a particular song that influenced Angels In The Snow and/or it’s characters and if so how or why?

Music is really powerful in my writing. I love sad, lonely songs. Elliott Smith is my favorite singer-songwriter ever. In fact, he has a song called “Angels in the Snow.” You should check it out! There isn’t a particular song that inspired “Angels in the Snow,” but I will say this, I listened to “Heaven” by Brandi Carlile over and over and over while I was revising the story. It has the perfect feel.

By the way, I’m honored that you want to check out some of my novels. Thank you! I hope you like them!

Thank you so much Matt for taking the time to answer these questions and feature on Tales Of Yesterday.  It really is an honour and I look forward to reading more of your books in 2015.

You can find out more about Matt de la Pena and his other books at www.mattdelapena.com or follow him on twitter – @mattdelapena

You can buy Matt’s books here

You can buy My True Love Gave To Me here