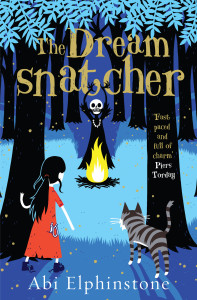 This book is simply a must read for fans of middle grade fantasy adventure!  Published by Simon & Schuster it is a fantastic debut novel that both me and my son adored when we were lucky enough to read it recently (find our reviews here and here).

Without further ado I will hand you over to the wonderful Abi Elphinstone! 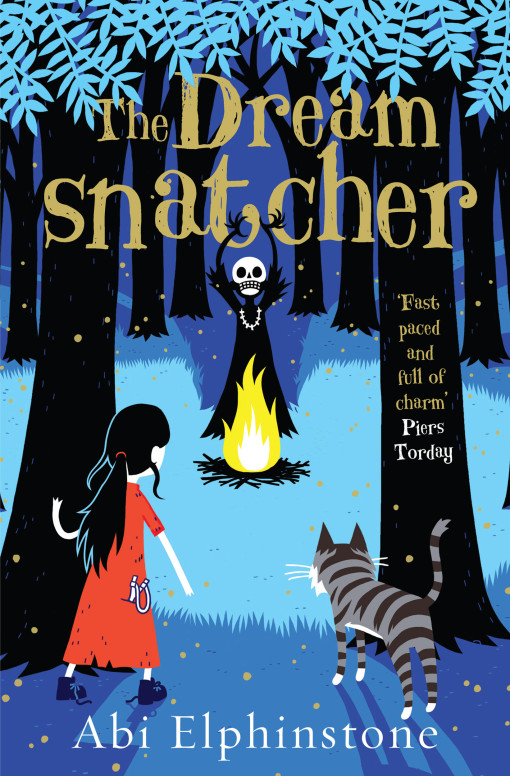 Twelve-year-old Molly Pecksniff wakes one night in the middle of the forest, lured there by a recurring nightmare – the one with the drums and the rattles and the masks. The Dreamsnatcher is waiting. He has already taken her dreams and now he wants her life. Because Moll is more important than she knows…The Oracle Bones foretold that she and Gryff, a wildcat that has always been by her side, are the only ones who can fight back against the Dreamsnatcher’s dark magic. Suddenly everything is at stake, and Moll is drawn into a world full of secrets, magic and adventure. Perfect for fans of J.K. Rowling, Michelle Harrison and Eva Ibbotson. 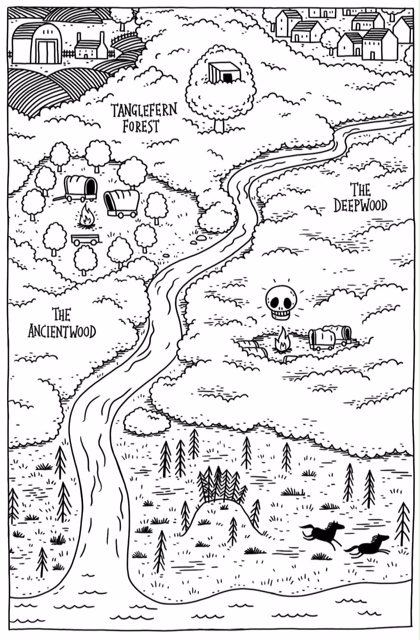 Here is a pie chart of how I spend my authory time: As you can see, I spend aaaaaaaages on the book research – and that’s partly because I love adventures and partly because I’m dyslexic so I have to have my characters, settings and plot pretty much ‘sorted’ before I jump into the writing… I knew that the New Forest had been home to some of the most well-known Romany gypsies over time so when my book was still just an idea I headed down there to explore. Although my book is set in an invented world, it is grounded in reality so that each place feels believable. And once in the New Forest I… The New Forest also helped me to build my characters. It was a freezing day in January when I went to watch the wildcats in the wildlife park there but I sat in the snow before the huge cages, watching them sleep, eat, stretch and slink around their territory.

And after seeing all this, Gryff went from being a page on Wikipedia to a fully-drawn character. To shape my other characters, the gypsies, I had to get as close as I could to their culture and to do this I met up with one of the last ‘true Romanies’ – Pete Ingram. Having moved out of his bowtop wagon that he bought for £8 when he was 15-years-old, Pete now lives in a yard on the outskirts of a village in Hampshire, where he restores and repaints old gypsy wagons (he repainted Roald Dahl’s wagon for the Danny The Champion of the World film premiere!). In his shed he has over a hundred wooden carvings lining the windowsills and corners of the room, sheepskins thrown over wicker chairs, piles and piles of old leather-bound books, dagger sheaths he’d made from a lady’s handbag, lassos wound round the backs of chairs; and the heart of the room – a well-used woodstove.

Peter taught me how to make chrysanthemums from elder wood that gypsy women like Mooshie would have hawked, he showed me how to ‘play the bones’ (animal bones clinking together in time to folk music – watch him here) and he danced wooden puppets he’d carved and painted himself. And no amount of Google research could have given me that sort of experience… So I guess half of my research is ‘targeted’. If I want to know what wading through a river in the New Forest at midnight would feel like, I’ll do it. But the other side to my research is almost subconscious. My brain is a bit like a net; a lot of information drifts out through the holes (Pythagorus Theorum, the periodic table, how to do a tax return), but some sights, smells and sounds just stick – and though I don’t realise it at the time, that kind of ‘stuff’ makes up some of my best research. Years ago I was travelling Africa and I wound up in the cobbled streets of Zanzibar. I found myself in a tiny shop packed full of tribal masks and then years later, when I came to write about Skull, I realised I could use the idea of a mask to make him even more frightening. But it can be even more simple than that. A few months ago I was ordering a cocktail in a bar in East London. I scanned the cocktail list and noticed one called Smog Sprockett. The name stuck and now it’s the name of the street urchin in the sequel! So whether it’s abseiling 80 metres down into a cave in the Brazilian jungle, hang gliding over Rio de Janeiro (get ready for the sequel!) or glancing at a funny-looking street sign in Devon, I reckon research is the backbone of my stories. 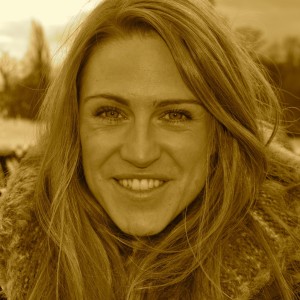 Abi Elphinstone grew up in Scotland where she spent most of her childhood building dens, hiding in tree houses and running wild across highland glens. After being coaxed out of her tree house, she studied English at Bristol University and then worked as a teacher in Africa, Berkshire and London. THE DREAMSNATCHER is her debut novel and when she’s not writing about Moll and Gryff, she volunteers for Kidsco, does star jumps on the top of very high mountains and runs her children’s books blog www.moontrug.com.

I would like to thank Abi for her wonderful guest post and appearing on Tales Of Yesterday.  I have found reading this post really interesting and inspiring and I hope you all enjoyed it to.  The Dreamsnatcher is so magical and is a must read for 2015!

Why not add The Dreamsnatcher to your want to read on Goodreads here ?

Or preorder / buy a copy here – you won’t regret it!

You can also catch some fab Q&A videos with Abi by clicking on the links below!

What inspired you to write The Dreamsnatcher?

Tell us about The Dreamsnatcher

Which character do you most relate to an why?

What research did you do for The Dreamsnatcher?

What tips would you give an aspiring writer?

Can you tell us about your next book?

What do you do when your not writing?

Tell us about your average working day.

What are your top 5 desert island reads?