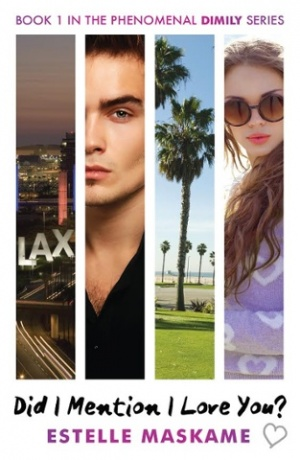 When sixteen-year-old Eden Munro agrees to spend the summer with her estranged father in the beachfront city of Santa Monica, California, she has no idea what she s letting herself in for. Eden’s parents are divorced and have gone their separate ways, and now her father has a brand new family. For Eden, this means she’s about to meet three new step-brothers. The eldest of the three is Tyler Bruce, a troubled teenager with a short temper and a huge ego. Complete polar opposites, Eden quickly finds herself thrust into a world full of new experiences as Tyler’s group of friends take her under their wing. But the one thing she just can’t understand is Tyler, and the more she presses to figure out the truth about him, the more she finds herself falling for the one person she shouldn’t her step-brother. Throw in Tyler’s clingy girlfriend and a guy who has his eyes set on Eden, and there’s secrets, lies and a whole lot of drama. But how can Eden keep her feelings under control? And can she ever work out the truth about Tyler? Did I Mention I Love You is the first book in the phenomenal DIMILY trilogy, following the lives of Eden Munro and Tyler Bruce as they try to find their way in an increasingly confusing world.

Did I Mention I Love You was released in book shops this week and I am over the moon to be part of the brilliant blog tour to celebrate it’s release!

DIMILY, as it has become to be known, looks awesome and is set to be a trilogy after the author Estelle previously published her trilogy online on Wattpad and was a huge hit! 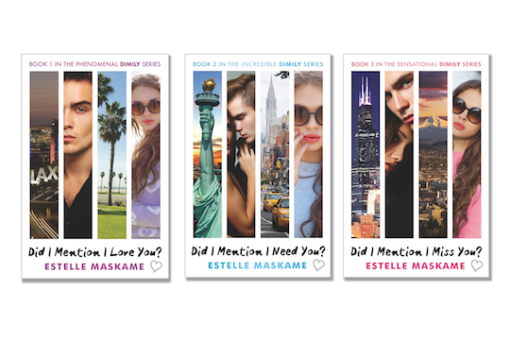 When asked what guest post I would like to feature from the lovely Estelle I thought what better way to get to know someone than by asking them their top 10 YA Books!

So here it is!

*Hands over to Estelle*

PS – I think Estelle may be a huge John Green fan, but I may be wrong 😉

The Fault in Our Stars by John Green 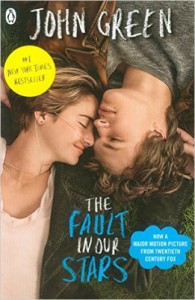 No summary necessary for this one. I read the entire book in a day and by the time I’d finished, I was curled up in a heap on the couch sobbing my heart out. The hype surrounding this book drew me to it and I certainly wasn’t disappointed. Heart-breaking yet so, so honest. 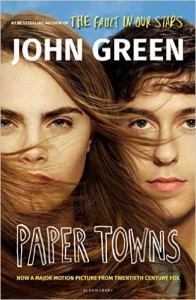 Adventurous and fun, yet smart and mysterious. After reading The Fault in Our Stars, I really wanted to check out more of John Green’s work, so I read Paper Towns. I loved the male POV for a change and the protagonist, Quentin, and his friends were all really likable characters.

Looking For Alaska by John Green 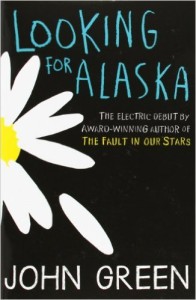 Last John Green book, I swear! A boy heads off to boarding school, hoping to find a different life, and falls in love with the smart Alaska Young. I loved the setting of this novel and I loved the mischief and trouble that the circle of friends got themselves into. I adored Alaska’s character, and again, this book hit me where it hurt.

Before I Fall by Lauren Oliver 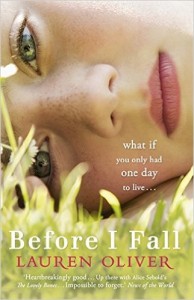 A popular, mean girl ends up reliving the same day over and over again after dying in a car crash. At first, I thought it may be slightly boring reading about the same events repeatedly, but Lauren Oliver made it work, and I found myself addicted. I loved how the plot unravelled and the ending left me in shock. I couldn’t stop thinking about this book for weeks after I’d finished it.

If I Stay by Gayle Forman 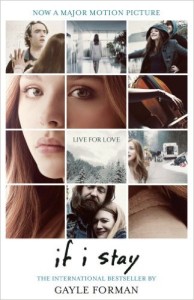 A girl must decide whether to live or die after being in a horrific car crash with her family. This book broke my heart as I watched Mia struggle to choose a life without her family or no life at all.

Where She Went by Gayle Forman 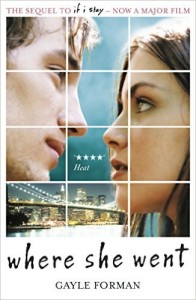 The sequel to “If I Stay”, and equally as heartbreaking. It gave both the characters and the readers closure, and I loved it just as much as I loved the first book. 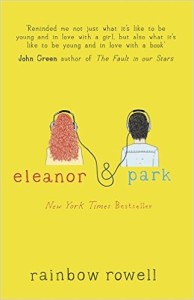 A novel set back in the 80s. Two unlikely teenagers fall in love. I adored Eleanor and I adored Park, and I adored them even more so together. Both outsiders, they shared an amazing connection, and their story is told through alternating POVs which worked so well. This book was ADDICTING!

Thirteen Reasons Why by Jay Asher 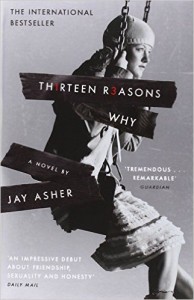 A boy receives cassette tapes of the voice of a girl who committed suicide. The whole concept of this novel creeped me out and I enjoyed finding out the thirteen reasons why she killed herself, despite how awful it all seemed.

Ten Things We Shouldn’t Have Done by Sarah Mlynowski 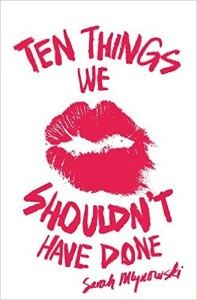 A group of teens and a beach house, zero parents. Honestly, this is just such a fun, quick summer read and I really enjoyed it! 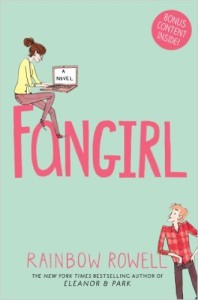 I can’t even put this book into words; it’s just so great! I loved everything about this novel and I wizzed straight through it. I recommend this novel to every fangirl out there! 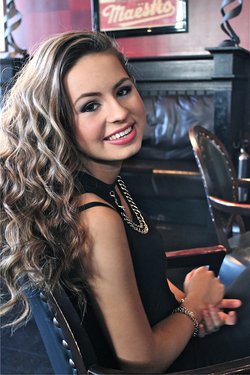 Hey! I’m Estelle Maskame and I wrote the DIMILY trilogy! I’m a total bookworm and YA addict, not to mention a hopeless romantic. I’ve always adored books and writing while growing up, and all throughout primary school I loved to write stories about talking dolphins and pirate ships. Admittedly, I’ve moved away from the eight-year-old fantasy genre and now focus on writing YA romance.

I grew up in a small town called Peterhead in the North-east of Scotland, and I belong to a huge fishing family! Understandable, given that Peterhead is a town known for its fishing. So it may be fishy and it may be small, but I plan to stick around here for a while.

I managed to survive school for twelve and half years in the end, eventually leaving with the qualifications I wanted! I’ve been working since the age of thirteen, starting in a hair salon and then moving to ASDA where I still currently work part-time in the George department, in my black and yellow uniform. I get to spend my weekdays writing!

Look out for the 2nd in the trilogy, Did I Mention I Need You coming in September 2015!

Don’t forget to catch up on the rest of the blog tour! 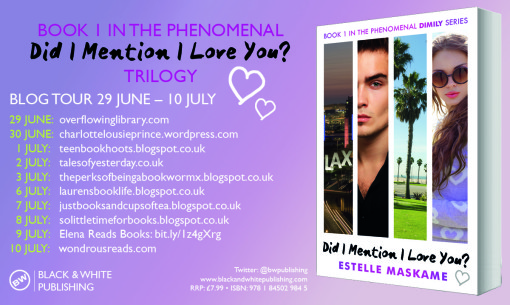 Have you read DIMILY?  Are you looking forward to the rest of the trilogy?  What are your favourite YA Books?  I would love to hear from you!  Why not leave a comment using the reply button at the top of the page or tweet me on twitter using @chelleytoy !