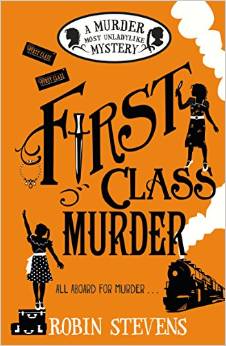 Daisy Wells and Hazel Wong are taking a holiday on the world-famous Orient Express – and it’s clear that each of their fellow first-class passengers has something to hide. Even more intriguing: there is rumour of a spy in their midst.

Then, during dinner, there is a scream from inside one of the cabins. When the door is broken down, a passenger is found murdered, her stunning ruby necklace gone. But the killer has vanished – as if into thin air.

Daisy and Hazel are faced with their first ever locked-room mystery – and with competition from several other sleuths, who are just as determined to crack the case.

I am so so happy to have the brilliant super sleuth and friend Robin Stevens on Tales today!

*runs around in excitement with magnifying glass looking for clues*

The brilliant third installment in the Murder Most Unladylike Mysteries, First Class Murder is released today, 30th July 2015!   I am so excited to pick up my copy this weekend at Robin’s launch in Cambridge! 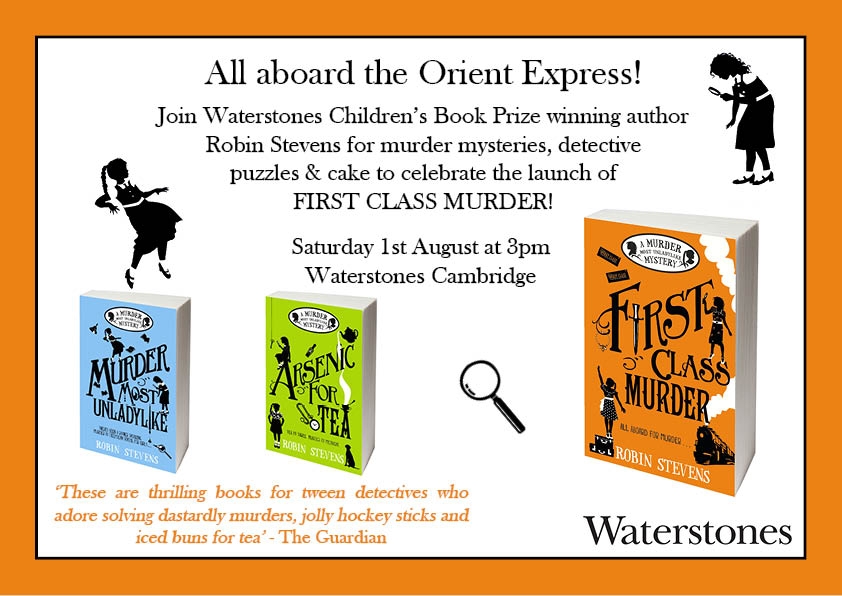 To celebrate the release day today I asked Robin if she would like to feature a guest post on my blog!  She kindly accepted!

As First Class Murder is set on a train we decided that a train themed guest post would be ideal!

*jumps on train and settles in for the journey…choo choo*

Trains have been a big part of my author experience. I met my agent at St Pancras Station; I got my publishing offer as I was stepping onto the train to go home after work (I took the call very calmly, and then I hung up and burst into tears on the businessman sitting next to me); I heard that I’d been shortlisted for the Waterstones Prize on the tube on the way to my office (I burst into tears, then calmly stood up and went to work). 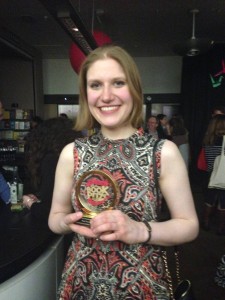 Trains are excitement, mystery, movement, possibility – I’m an endlessly curious person who gets bored very easily, and trains are the antidote to that. You’re going somewhere even when you’re not moving, and you won’t ever be quite the same person when you step off the train as you were when you got on it.

They’ve also been a big part of my life. I commute to work on the train every day, and write my books between the town where I live and my London station. I lived for a year in a flat that looked out onto the Elephant and Castle overground, so I could stare into each commuter train as I worked on my MA dissertation (about fictional murder, naturally).

And a train was the setting of my happiest holiday memory: when I was eight, my parents took me on a train trip through the Alps to Venice. It was a sleeper train, and it felt like magic. I remember staring out at the mountains and feeling completely dazzled by how big and bright they were. I remember waking up the next morning, with sunlight coming under the roll-down blind and the train slowing under me as we pulled in to Venice station. It was such a gorgeous and strange experience that thinking about it still seems a little like a dream – I’m not sure it actually happened to me, as opposed to someone in a book.

So, of course, it didn’t even occur to me to set my third Murder Most Unladylike Mystery on a train until my editor suggested it. As soon as she did, though, I realised that it was pretty much the book I’d been preparing to write all of my life.

My favourite Agatha Christie adaptation is the 1974 Albert Finney Murder on the Orient Express (Lauren Bacall’s Mrs Hubbard is pretty much the perfect character), and I’m obsessed with the way the book resolves – it really bothers me, morally, in a way that I just can’t stop thinking about.

I knew immediately what I wanted to include – a locked room mystery in one of the carriages, with all of the glamour and danger of Agatha Christie’s Orient Express: dresses and hats and jewels and sumptuous dinners (and screaming and knives and international spy plots). Because it’s 1935 now, in Daisy and Hazel’s world, a bit of the coming war creeps in (you can’t keep it out, not even in the nicest settings). And if Arsenic for Tea was Daisy’s book, all about her family, then this is Hazel’s – we finally meet Mr Wong, Hazel’s father, and as part of solving this mystery, Hazel has to do quite a lot of growing up.

I wrote the entire first draft of First Class Murder on the 7:45 from Cambridge to King’s Cross, and it made absolute sense from beginning to end. Even my author research – conducted on a real British Pullman dining carriage from the 1930s, with a five-course lunch, champagne and oysters – was a dream (You can check out Robin’s British Pullman experience here). 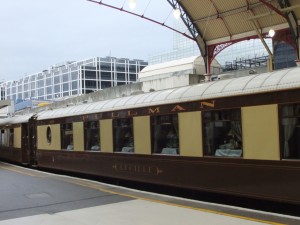 A very bumpy dream – Hazel staggers and spills her soup because of that afternoon, when I discovered just how bad the suspension on 1930s trains really were – but a dream nonetheless. 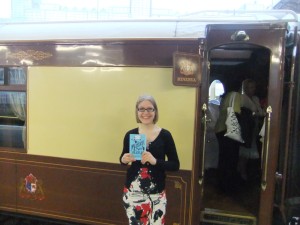 I think there’s a lot of me – and my trains – in First Class Murder. My memories of that childhood sleeper car journey are now Hazel’s – like me, Hazel looks out of a window at the mountains, and wakes to the sun on her pillow. Unlike me, of course, Hazel and Daisy face a murderer – as always, dead bodies seem to pile up around them – but apart from that small detail, I hope my sense of trains as a good place to be comes through. 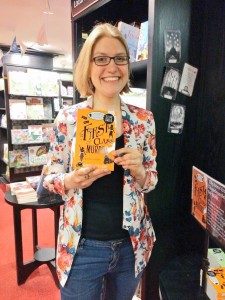 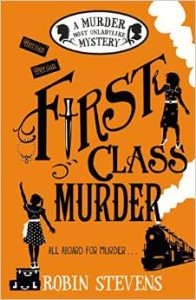 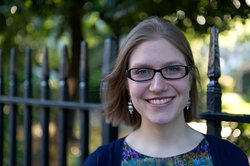 You can buy Robins books here 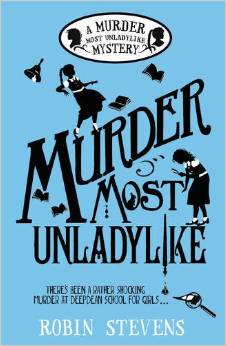 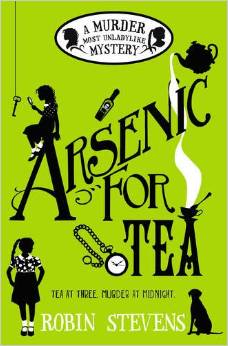 A huge thank you to Robin for the fab guest post!  It’s made me so excited to read the book and also eager to go on my own train adventure someday soon!

Have you read any of the Murder Most Unladylike Mysteries?  Have you managed to pick up a copy of First Class Murder?  I would love to hear from you!  Why not comment using the reply button at the top of the page or tweet me on twitter using @chelleytoy !