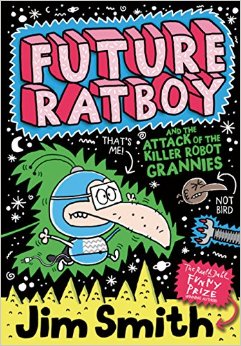 Move over Spidey, get back in your cave Batman, and keep your glasses on Clark Kent, there’s a new superhero in town. FUTURE RATBOY.

When a bolt of lightning hits Colin Lampost (and his toy bird, Bird), he is zapped millions of years into the future! Life will never be the same again. Bird has been brought to life as Not Bird and Brian’s DNA is fused with a rat giving him superkeel powers. Future Ratboy is born!

But the future is not a safe place to be and there are killer robot grannies on the rampage! Will the dynamic duo survive the attack and save the world?

Join Future Ratboy and Not Bird on their first adventure to find out!

We were send a copy of this book by the publisher Jelly Pie / Egmont in exchange for an honest review.  This does not affect my review or my opinions in any way.  Thank you for sending us this book to read and review.

Hi, my name is Corey, I am ten and today I am doing a review on Future Ratboy!!!

Do you remember Barry Loser watches and has a favourite TV programme?  If so what was it called?

This book is about a kid called Colin Lamppost and one stormy night he jumped into a bin which had a TV, a rat and his cuddly teddy, bird, but then the lightening suddenly hit the bin!!!  He got transported millions of years into the future!!!  He then finds he has to fight two killer robot grannies and Mr X as they are stealing body parts from other people!

The book is told from Future Ratboy’s (Colin Lamppost’s) point of view.

My favourite part was when he got zapped in the bin!!!

My favourite character was not Bird because he always says ‘NOT!’!

The funny part that made me laugh was when Future Ratboy screamed ‘RAT!’ and pointed at himself!!! The whole book made me laugh.

I’ve not done anything like what the characters in Future Ratboy do, but I wish I could throw popcorn in the air like Colin Lamppost as that is what he always wanted to do.

There’s nothing that needs to be improved in this book but there should be a sequel!!!

I would recommend this book to all my friends at school because it was that good.

If you like comedy, drama, sci fi and noses (Barry Loser) then you will love this book! 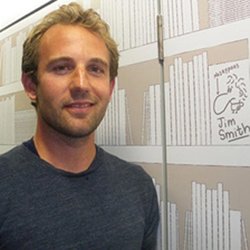 After graduating with a first class degree in advertising, graphic design and illustration in 1997, Jim Smith was spotted by the owner of a small coffee shop chain and brought in to fill the walls of their flagship store with his paintings.

It was a three month contract; seventeen years later, Jim is head of design at Puccino’s Worldwide Ltd, now an international coffee shop franchise with stores in the UK, Europe and Egypt.

In 2010, Jim launched the hugely successful Waldo Pancake range of stationery and gift products, now sold in the UK, Australia, Singapore, Europe and the US.

‘I am not a Loser’ by Barry Loser, the first of a series of children’s books ‘spellchecked’ by Jim, was published in 2012, having already sold rights to nine countries. The sequel, ‘I am Still Not a Loser’ was the winner of the Roald Dahl Funny Prize 2013 and declared the funniest book for children aged seven to fourteen.

You can buy Future Ratboy or Barry Loser books here 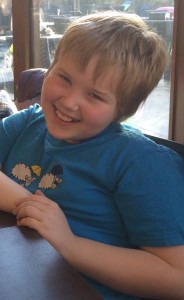 It’s almost time for our visit to Nightingale Ha