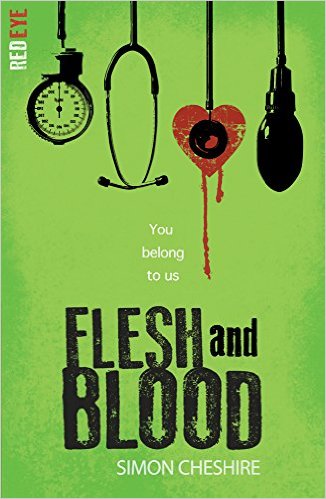 Today I am honoured to have the super scary Simon Cheshire, author of Flesh & Blood, talking to me about a chilling scene from Dr Who  ! 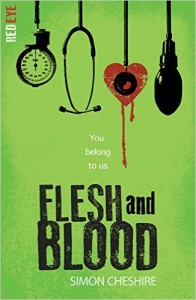 I must record the facts that have led me to where I am now. So that, when someone reads this, they understand. Sam Hunter’s neighbours are pillars of the community, the most influential people in town. But they’re liars too. The Greenhills are hiding something and Sam’s determined to find out what it is. As his investigation unfolds, he realizes the lies reach further than he ever imagined – is there anyone he can trust? Uncovering the horror is one thing …escaping is another. Simon Cheshire’s chilling novel is part of the Red Eye series.

A Moment To Chill The Blood!

I saw it again the other week, for the first time in years. And although it didn’t utterly un-nerve me the same way it did back then, it still sent a shudder up my spine. If I had to pick one single moment that turned me into the horror/ sci-fi geek I am today, it could easily be a short scene from a 1970 episode of Doctor Who called Spearhead From Space: 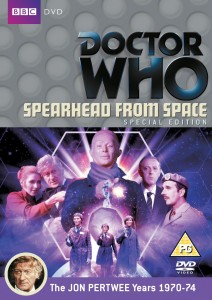 From her garden, a woman hears something crashing about in her country cottage. She calls out. She hears the dog indoors bark, then whimper into silence. She calls out again. No answer. Nervous fear clouding her face, she enters the cottage slowly.

The floor is littered with broken furniture. She stumbles towards the doorway that leads into the next room. As she does so, a figure quickly emerges. Tall, dressed in blue overalls. Its head is bald, smooth, plastic. Its face is basic, like that of a shop dummy. With smooth motions, it stalks silently towards her. She screams… 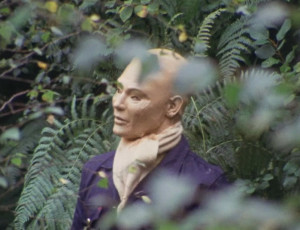 I’m pretty sure I first saw that scene, as a kid, peeking out from behind a cushion. Nothing had ever conveyed to me a sense of ‘alien-ness’, of otherworldliness, more dramatically than those few seconds. An ordinary, domestic setting, into which comes… something… humanoid, yet inhuman; moulded to look like a person and yet blank, empty of personality.

It was called an Auton. The following Monday, every kid in the playground was being one. Jon Pertwee – who was playing the Doctor in that episode – used to say that the essence of scariness was coming home and finding a yeti sitting on your loo in Tooting Bec. I see what he meant. 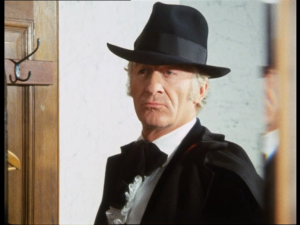 That scene taught me the terrifying thrill of The Unknown. It’s a thrill that’s never loosened its grip. To me, that moment of confrontation, when all that is You meets its opposite, is what lurks in the heart of Flesh And Blood, of the Red Eye series, of all horror fiction. 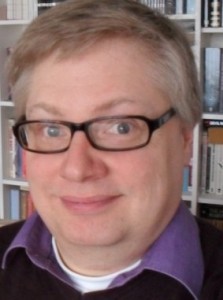 Also check out my review of Flesh & Blood here

Check out the #RedEyeReadAlong Q&A with Simon Cheshire here

You can also find out more about the RedEyeReadAlong here and the Flesh & Blood Read Along here which includes details of the weekly challenge.

A huge thank you to Simon for stopping by and for Jen at Stripes for organising this with us!

Follow Tales of Yesterday on WordPress.com
Love YA Horror? Love vampires? Love all the slash

Today #TeamMina are sharing the first page of the