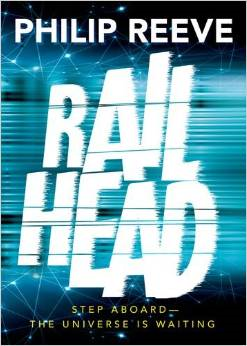 I have recently been sent a copy of Railhead by Philip Reeve.  The blurb alone on this book has me intrigued and I have heard very good things on twitter about this book!  I am so excited to read it soon!

I was contacted by the lovely Liz Scott to see if I would like to be part of the A-Z of Railhead blog tour for this book!  I immediately replied yes!  I need to know more about the world of Railhead!

Today I have Philip Reeve talking to me about F is for Flex!

*Hands over to Philip*

“Come with me, Zen Starling”, she had said. The girl in the red coat. But how did she know his name?
The Great Network is a place of drones and androids, maintenance spiders and Station Angels. The place of the thousand gates, where sentient trains criss-cross the galaxy in a heartbeat. Zen Starling is a petty thief, a street urchin from Thunder City. So when mysterious stranger Raven sends Zen and his new friend Nova on a mission to infiltrate the Emperor’s train, he jumps at the chance to traverse the Great Network, to cross the galaxy in a heartbeat, to meet interesting people – and to steal their stuff. But the Great Network is a dangerous place, and Zen has no idea where his journey will take him…

When I decided that my space story was going to feature trains rather than spaceships, one of the things which sprang to mind was graffiti. I remembered seeing pictures in the late ‘70s and early ‘80s of the elaborate tags and logos which used to appear on the sides of New York subway trains – deeply vexing to the owners and operators of New York subway trains, no doubt, but clearly the work of some kind of outlaw visionaries.  Will Hermes’s book Love Goes To Building On Fire, a cultural history of those times, includes a vivid vignette about the Fab 5 crew and their creation of the first ‘worm’ – a ten-car train painted from end to end. 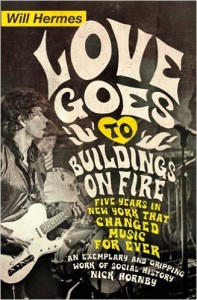 That’s where Flex came from; a mysterious figure, bundled up in second-hand clothes, who emerges from the mist and fumes of Cleave to spray pictures on the sides of trains as they wait to go through the city’s single K-gate. I didn’t know what part Flex was going to play in the story; I didn’t even know if s/he was a girl or a boy, but I knew that the paintings would have to be pretty good to please the wise old trains. The trains in Railhead are sentient, and they don’t take kindly to anyone simply writing their name on them, or scrawling random rude words. Flex is more ambitious than that; a Picasso of the rail yards whose work the trains are proud to carry with them on their travels. Flex is a secretive figure, lurking in the industrial shadows of Cleave, and never riding the K-bahn. But I like to think that, in stations at the far end of the network, art-lovers stop to watch as the painted trains go by, and are excited when they see a new masterpiece from the unknown genius of Thunder City.

Mind you, a story about people graffiti-tagging spaceships would also be cool… 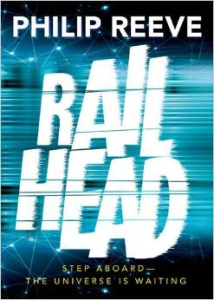 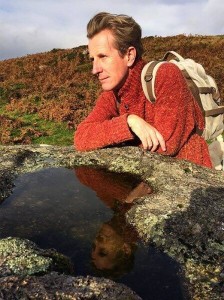 Philip Reeve was born and raised in Brighton, where he wrote his first story at the tender age of five about a spaceman called Spike and his dog Spook. He is a talented illustrator and writer, and he has illustrated several titles in the Horrible Histories series. Philip is best known for his multi award-winning Mortal Engines quartet, which won the Nestlé Children’s Book Prize, the Blue Peter Book Award, and the Guardian Children’s Book Award. Philip has also won the prestigious CILIP Carnegie Medal with Here Lies Arthur.

Find out more about Philip Reeve on his website www.philip-reeve.com

A huge thank you to Philip for telling us all about Flex and to Liz Scott and OUP Oxford for having me on this A-Z Blog Tour!

You can but Railhead here or from your local book shop!

Have you read Railhead?  What did you think?  Are you a Philip Reeve fan?  I would love to hear from you!  Why not leave a comment using the reply button at the top of this post or tweet me on twitter using @chelleytoy !