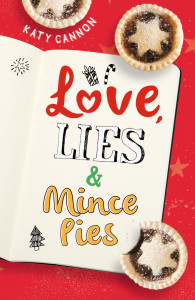 I had the most exciting email hit my inbox last week!

Whilst sitting quietly at my desk at work I squealed loudly in delight!  And despite a few worried glances from people I was a happy bunny….beaming with joy and happiness!

The email was from the lovely Katy Cannon telling me that she has written a festive short story called Love, Lies & Mince Pies! 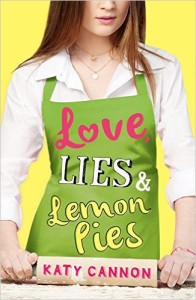 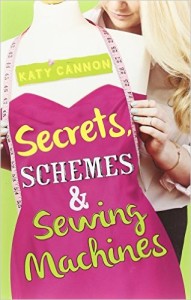 Check out my review of Secrets, Schemes and Sewing Machines here

The reason for my excitement is that this short story is told from the perspective of a previous favourite character of mine Jasper!  And meaning that Bake Club is back!!!

So I invited Katy on Tales today to give us a little taster of the characters from the series and what better way to do this than to find out the Bake Club Christmas Wish Lists!

It’s funny, but every time I do a school visit, or an event, or get an email from a reader, the one character people nearly always ask about most is Jasper.

This makes me very happy, as Jasper is one of my absolute all time favourite characters I’ve ever written, too. (He’s also very loosely based on my youngest brother, but don’t tell him.)

Anyway, when I started thinking about putting together a little festive short story as a Christmas present for my readers, I realised it was the perfect opportunity to write from Jasper’s point of view for a change!

And so, Love, Lies and Mince Pies was born. I won’t tell you too much about it, because it’s only short and I don’t want to spoil it. But I will say that, given Jasper’s history of Grand Gestures, coming up with a Christmas present for his girlfriend is proving problematic… and his Bake Club friends aren’t helping.

My free, festive Bake Club short story, Love, Lies and Mince Pies, is all about Jasper trying to decide what to get his girlfriend for Christmas. Sounds easy, right? Except Jasper is the king of grand gestures, and has got it into his head that he needs to top all previous presents, ever… and his Bake Club mates aren’t being as helpful as he’d like.

So, this got me thinking about what all the other Bake Club members might like for Christmas… and so I asked them for their Christmas wish lists! Here’s what they all had to say:

Really, I don’t really need very much. I mean, we just got the house all decluttered and stuff. I kind of don’t want to fill it up all over again.

But… I would really like a new recipe file. You know, somewhere to store all my recipe ideas, in alphabetical order. Or maybe by main ingredient. Or by style of cuisine. Maybe I need two. I could cross reference them…

I would really like Lottie to stop trying to talk me into entering the Great British Bake Off.  Oh, and I want a motorbike.

Where to start? I mean, obviously, peace on earth and all that stuff. But for me… clothes are always good. Or make up. Or jewellery. Ooh, or, actually, I’d like a couture corseted costume for this spring’s play. We’re doing Romeo and Juliet this year, and I’m actually Juliet.

I’d like a lie in on Christmas morning, without my nephews jumping on my head at 6am. And I’d like Grace and Connor to stop asking me to sing in the Dickensian Christmas Concert thing they’re setting up. And I’d really like tickets for this concert in London next month (but I’m kind of hoping Ash might have already bought me those…)

Honestly? Just give me some clue what to give my girlfriend for Christmas. That’s all I ask. Any ideas at all.

Love, Lies and Mince Pies will be going out to my newsletter subscribers on Tuesday, December 8th – the day Jasper’s Christmas story starts. To make sure you don’t miss it, sign up now! 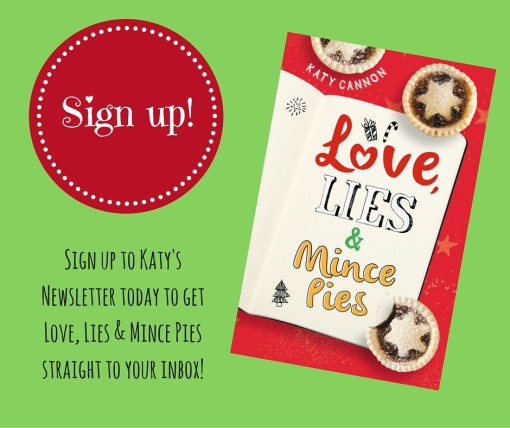 And if you can’t wait until Tuesday for a dose of festive joy, why not check out my legendary Mince Pie recipe over on my website! 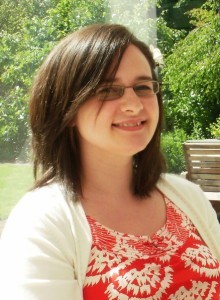 Katy Cannon was born in the United Arab Emirates, grew up in North Wales and now lives in Hertfordshire, which is rather flat and green by comparison.

She recently discovered that her great grandmother, Louisa, was one of the first women in India to earn her degree, back in 1916, which makes Katy’s own reading-in-the-bath method of getting an English Literature degree from Lancaster University in the 21st century a little less impressive.

It didn’t take her long to realise that writing stories was much more fun than analysing ones that other people had written. It also meant that she could write the sort of stories she actually loved to read, rather than the ones she was supposed to want to read.

Katy has an unending passion for castles and the seaside, which means she spends a lot of holidays dragging her husband, small daughter and Teddy around the country to look at crumbling piles of rocks, or going paddling (but she does always buy them fish and chips afterwards).

Katy loves animals, and grew up with a cat, lots of fish and a variety of gerbils, and her daughter has recently decided she wants to be a vet. Katy is hoping that the publication of her series, Pooch Palace coming from Stripes Publishing in March 2014, will finally convince her husband to let her get a dog!

You can buy Katy’s books here

Remember these are companion novels to you can start at any book!

With a Bake Club recipe at the start of each chapter, this book perfectly captures the current appetite for all things baking! Sixteen-year-old Lottie is on a mission to protect her biggest secret, and it’ll take every lie and every baking trick she can muster. Since her dad died, life hasn’t been the same for Lottie. When the school suggests she joins Bake Club to get her back on track, Lottie reluctantly agrees. The alternative – the school paying her mum a home visit – is not an option. But Lottie’s uncertainty about Bake Club melts away as she rekindles her love of baking and gets caught up with Mac, school rebel and another unwilling Bake Club member. As the end-of-year Bake Off approaches, the tension rises. Can Lottie keep up the facade of her perfect life? And can her bubbling romance with Mac survive the pressure?

Grace had a plan for this year – and it didn’t involve learning to sew. But when her world is turned upside down by a family secret, everything changes. Grace’s family is in need of patching up and she’s trying to focus on what really matters. But when new boy Connor appears on the scene, it doesn’t make things any easier. She’s desperate to prove to him that she’s not a drama queen – but why is what Connor thinks so important?

Check out my review of Secrets, Schemes and Sewing Machines here

I would like to say a huge thank you to Katy for the guest post!  I cannot wait for this short story!

Don’t forget to subscribe to the newsletter to receive your copy! 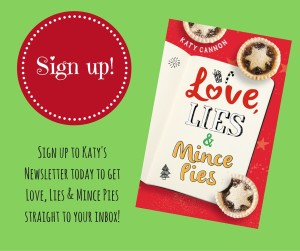