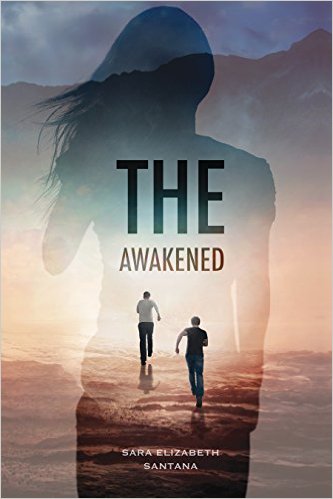 Today I am saying a huge happy book birthday to Sara Elizabeth Santana who’s novel The Awakened is published today by the fab Oftomes Publishing!

I have recently read The Awakened and loved it!  The Awakened is the first book in a duology!  If you like a good YA/Sci-Fi Zombie style read then this book is perfect for you!

A huge thank you to Ben at Oftomes Publishing for sending me this fab book to review!

My review will follow shortly, but in the meantime I had the honour of putting some questions to the lovely author Sara!

Today I am donning my news reporter coat, grabbing my Dictaphone and cameraman and basically getting all the gossip and up to date news of The Awakened from the main character herself Zoey Valentine! 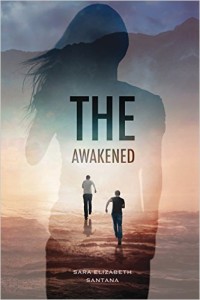 Zoey Valentine is concerned with two things: surviving the multitude of self-defense classes her dad makes her take and avoiding Ash Matthews.

That is, until the Z virus hits, wiping out a third of the population in a matter of weeks. If that weren’t frightening enough, the bodies of the victims disappear and suddenly reappear, awakened from their dead state. They’re faster, smarter, and they work together to get the one thing they crave, human flesh.

The United States is in a panic and then the government decides the unthinkable: to bomb every major city overrun with the awakened.

Now Zoey is on the run, with her dad and Ash, desperate to find a place of safety amongst the ruined remains of the country.

Check out this fab book trailer below!

Hi Everyone!  Chelley Toy here reporting from the scene of some rather horrific occurrences these past few weeks.  I am joined by a key eye witness to everything, Zoey Valentine!

Hi Zoey.  Thanks for being here today especially under these upsetting circumstances.

Can you tell us a little about yourself?  I hear you can recite scenes from Lord Of The Rings from memory and take self defence classes?

Yeah I can do all of that. I’m not sure that any of that is brag worthy but hey, I can! I live in New York City with my dad, Frank, who is a police chief. I’m a senior in high school, I’m a cheerleader and spend way too much time in self defence classes.

Your Dad is the police chief?  What’s that like?

My dad is great. And I can’t really imagine living anywhere else. He’s just incredibly overprotective. I know he just wants the best for me and that he just wants be to be safe all the time, but he also drives me up the wall.

And what about cute little Bandit your dog!  He’s just so adorable!

He’s great! He’s kind of this overgrown pup; he never really got out of the puppy stage. But he’s awesome. We’re lucky to have a fairly big place to live because we’re both so busy and he’s cooped up a lot. But he does pretty well on his own…even though he usually tries to knock me over when I come home.

So who’s your best friend at school?

My best friend is Madison Wu. She’s the biggest overachiever of a best friend ever. She’s popular, dating one of the cutest boys at school, is head cheerleader (hence the reason I’m even on the squad), has insanely good grades AND likes everything to be perfect. But she’s also hilarious, extremely mischievous and incredibly kind.

And I have to ask who is that hot boy who lives next door to you?

See, now why did you have to notice him? Okay, look, I know that he’s not easy to ignore. I’ve seen Ash Matthews too. I’ve lived next door to him since we were kids. I know what he looks like. But can we maybe…not talk about him?

For those who haven’t met Ash could you describe him?

Okay, I can see that you don’t want to leave the topic of Ash. I get that. Ash Matthews is the equivalent of Madison in school. Overachiever. Smart. Popular. Captain of both the football team AND the baseball team. I could go on. And he’s beautiful. Dark brown hair, incredible blue eyes…But he’s a bully. A charming bully but still…

Are you still friends with Maddie and Ash?

Of course. Well, Maddie, of course. Always. Ash is more…tolerated in my existence.

I understand things have been a little….lets say strange lately.  How are you feeling?

I’m fine. Have you been talking to my dad? I swear, he gets so worked up over nothing. Yeah, people are getting sick. It’s like…swine flu. Or e.coli. I get it. People are scared, upset, and it’s never good when people die. But its going to be okay.

You haven’t been sick have you?

Do you have any idea what’s going on?

I hear the government are planning to blow up each infected town.  Does this make you feel safe?

Why on earth would people blow stuff up? Why does that even make sense? I think making a decision like that is rash. But people overreact. They panic. And I think that’s what’s happening.

It’s been reported that they call them the Awakened.  Why that name do you think?

Because zombie was already taken?

What’s your strategy to deal with all of this?

Survive. That’s the only thing I can do. Move through each day, follow my dad. He knows how to survive, and I trust him.

Any advise for anyone listening to this?

Stay alive. Whatever you have to do, do it. It’s a whole new world out there and you have to do things you maybe wouldn’t have done in the old world. I’m not saying its easy but if you want to survive, do it.

What’s next for Zoey Valentine?

I want to find a place where I’ll be safe. Where the people I love will be safe. And until I can find that place, I will survive the best I can.

Thanks for your time Zoey.  Good luck for the future.  Stay safe.

This is Chelley Toy signing off!  Back to the studio! 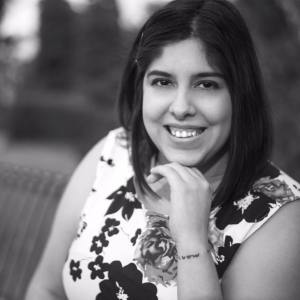 Sara Elizabeth Santana is a YA and NA fiction writer. She has worked as a smoothie artist, Disneyland cast member, restaurant supervisor, nanny, photographer, pizza delivery driver and barista but writing is what she loves most. She runs her own nerd girl/book review blog, What A Nerd Girl Says. She lives in Southern California with her dad, five siblings and two dogs. Her debut novel is The Awakened.

You can buy a copy of The Awakened here

Check out the creepy prologue here

A huge thank you to Sara for being fab and playing along with my idea for a character interview !

Also a huge thank you to Ben at Oftomes Publishing for sending me a copy of the book and putting me in touch with Sara to organise this post!

You can find out more about Oftomes publishing, their books and authors here

Happy hiding from the Awakened!