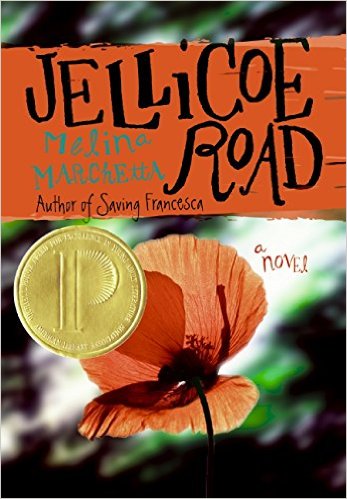 In this lyrical, absorbing, award-winning novel, nothing is as it seems, and every clue leads to more questions.

At age eleven, Taylor Markham was abandoned by her mother. At fourteen, she ran away from boarding school, only to be tracked down and brought back by a mysterious stranger. Now seventeen, Taylor’s the reluctant leader of her school’s underground community, whose annual territory war with the Townies and visiting Cadets has just begun. This year, though, the Cadets are led by Jonah Griggs, and Taylor can’t avoid his intense gaze for long. To make matters worse, Hannah, the one adult Taylor trusts, has disappeared. But if Taylor can piece together the clues Hannah left behind, the truth she uncovers might not just settle her past, but also change her future.

I participated in a secret Santa in 2015 (#UKBBSS) and was gifted this, along with some other books from my list as part of it by the lovely Caitlin Lomas.  Thank you Caitlin.

I must admit I had not heard of this book or the author until I received it as part of a secret Santa I participated in in 2015 (#UKBBSS) along with a little note from my secret Santa ( @Caitlomas ) saying that this is literally one of the best books she has ever read!

This intrigued me and I always love receiving a recommendation I have not heard of before so I jumped straight into reading it on Boxing Day and I have to say I completely agree with Caitlin!

This has now become one of my favourite EVER books.

This book!  OMG!  I ADORED it so so much!  Even thinking about it makes my heart ache and beat wildly at the same time and tears form in my eyes!

A story of friendship, family, truth, hope and love that all happens around the Jellicoe Road and with an opening line that I will never forget….

“My Father took one hundred and thirty-two minutes to die.  I counted.  It happened on the Jellicoe Road”

Jellicoe Road is told in alternative perspectives.  A story from twenty years in the past and a story from the present.   Taylor Markham, the main character in the present is the reluctant leader in the towns territory wars with the visiting Cadets lead by Jonah Griggs and the Townies lead by Santangelo which is played out every year to claim parts of the town around the school and the Jellicoe Road.  The story in the past tells the story of a similar group of students, Narnie, Webb, Fitz, Tate and Jude who are brought together and form friendships following a terrible accident.  When Hannah, the one adult Taylor trusts, disappears Taylor forms friendships with the most unlikely of people in a bid to piece together the clues to uncover the truth.

The story does have a slightly muddly beginning where things are little unclear as to what is going on etc, but this all becomes much more understandable after a few chapters almost like the jigsaw pieces start slotting into place and you can understand where you are.

This story is beautiful from page to page and the writing is powerful and full of emotion throughout and it also introduced me too one of my favourite YA boys ever….Jonah Griggs!  To him my heart will always now belong.  I actually think I love him…quite a lot!

Taylor Markham is a tough brilliant lead character who has had a hard life and keeps herself to herself.  I loved following her journey throughout the book.  I think for me, other than Jonah Griggs, my favourite character was Jude from the past storyline.  He’s kind of selfless and friendship means the world to him completely.

I was completely engrossed and drawn into this book.  I literally could not put it down and when I did I craved to pick it up again.  I just connected with it, with the story and with the characters completely.

The flashbacks to the past story, unfolding as we read it, really hit me right in the heart and I cry just thinking it about it.  It even made me cry on the bus!  I think the past story for me really captured my heart the most.  I think most of my favourite scenes came from this aspect of the story.  The tone, the feelings, the friendships and the tree house.   Narnie, Webb, Fitz, Tate and Jude.  They just swooped me up into their arms and never let me go.  In fact I think this book and the story will stay with me for a very long time to come.

Marchetta is so clever with her writing.  It allows your brain to piece things together before things are even said or done, but also with some twists and turns along the way that you don’t see coming.

If you can’t tell already I highly recommend this book to everyone!  Especially if you love YA Contemporary.

There are many things I loved about this book and I feel my review may not have done this wonderful book justice, but I have a favourite quote from this book that sums up my feelings and the tone of this book perfectly…

*wells up and reaches for tissue*

Thank you Caitlin for buying me this book and introducing me to such a wonderful story and characters that I will never forget!

This book does not have a UK Publisher (I know!) but you can purchase the book still in the UK here 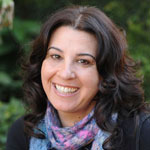 Melina Marchetta’s writing career took off in 1992 when she published her first novel: Looking For Alibrandi. She later turned the story into a film script. The movie Looking for Alibrandi screened in theatres around Australia and the world from 2000.

Melina managed to combine writing with teaching English and History in secondary school for ten years up to 2006, when she committed to writing full-time. During that period, she released two novels, Saving Francesca and On the Jellicoe Road.

Her first fantasy novel, Finnikin of the Rock, was published in 2008. The Piper’s Son (a companion novel to Saving Francesca) was released in 2010. She has written a children’s book, The Gorgon in the Gully, as part of the Puffin Pocket Money series.

Her novels have been published in 17 languages in at least 18 countries.  Melina lives in Sydney where she writes full time.

You can find more about Melina on her website – www.melinamarchetta.com.au

Have you read Jellicoe Road?  What did you think?  Have you read any other books by Melina Marchetta?  Which book should I read next?  I would love to hear from you!  Why not leave a comment using the reply button at the top of the page or tweet me on twitter using @ChelleyToy