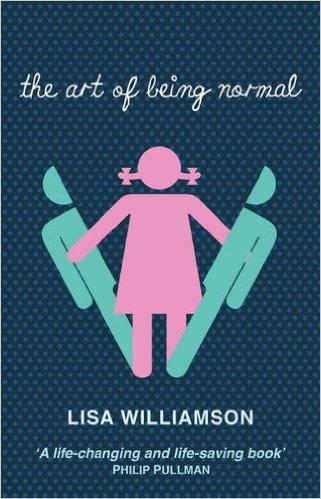 Tomorrow, 7th January 2016, marks the paperback book birthday of the stunning The Art Of Being Normal by the lovely Lisa Williamson!

It’s been just over a year since this brilliant book was released in hardback by David Fickling Books and a year since I read it and it captured my heart.

Wow!  This was my first read of 2015 and what a way it was to start 2015.  Right from the offset, page one, this book gave me goose bumps!  Straight away I knew it was going to be something special.  Such an important, stunning beautifully written debut.  I loved every single page, every single feeling and every single message.  Most importantly this book, for me asked the question What Is Normal?  And my own answer to this is everyone is normal in their own unique ways and we should stand proud.

You can find my full review here

Today I am so over the moon to have the awesome Lisa Williamson on Tales!

When thinking about what post I would like to feature I couldn’t stop thinking about the characters in this book especially David so I thought it would be fitting to do a Q&A with that very character!

Luckily Lisa thought it was a fab idea….so here it is…

Hi David!  Welcome to Tale Of Yesterday!  I am so happy to have you here!

Firstly a little about your story… 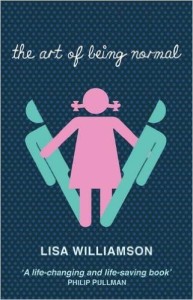 Two boys. Two secrets. David Piper has always been an outsider. His parents think he’s gay. The school bully thinks he’s a freak. Only his two best friends know the real truth – David wants to be a girl. On the first day at his new school Leo Denton has one goal – to be invisible. Attracting the attention of the most beautiful girl in year 11 is definitely not part of that plan. When Leo stands up for David in a fight, an unlikely friendship forms. But things are about to get messy. Because at Eden Park School secrets have a funny habit of not staying secret for long …

So David.  Thanks for being here today and agreeing to this Q&A.  How are you?

Could you tell us a little about yourself?

You live with your Mum, Dad and Sister?  What is it like?

It’s okay, I suppose. We have quite a nice house. Not fancy or anything, but nice.

Do you get on well with your sister Livvy?

Okay. She kind of ignores me. I think I show her up. I don’t know why, or maybe I do. We used to get on really well, like she’d follow me round the house begging me to play with her. Now all she does it roll her eyes at me and act like I’m the most embarrassing person on earth.

Who are your friends at school?

Essie and Felix. They’re the best. We just get each other, you know? Like when I’m with them, I don’t ever feel like I have to act a certain way or pretend to be cool. We’ve been best friends in forever, since nursery school. They’re a couple, which is mostly cool but every so often a bit weird. Luckily they’re not too big on PDAs so I don’t feel like too much of a gooseberry.

Do you enjoy school?

Not exactly. That’s more to do with the people than anything. There are some proper idiots in my year. I can’t wait to leave after year eleven. Essie, Felix and I are all going to apply to a sixth form college. Two years to go…

What’s your favourite class at school?

Textiles. I’m a disaster on the sewing machine though. I’m more into the design side of things. That’s what I’d like to be when I’m older, I think, a fashion designer, or maybe a stylist, something to do with clothes anyway.

Essie’s place. Essie’s Mum is really cool and kind of leaves us to it. Also, there’s always loads of diet cherry coke in her fridge and Monster Munch and KitKats and stuff in the cupboard.

I hear there a new boy at school, Leo –  where did he come from?  I hear he’s helping you with your maths equations?

Yeah. He’s really cool actually and good at explaining stuff. He transferred to our school from Cloverdale at the beginning of the term. Have you heard of Cloverdale? It’s over other side of town. It’s meant to be really rough and the school is in the papers all the time because it’s so low in the league tables and former pupils keep trying to set fire to it.

For those who haven’t met Leo could you describe him?

He’s sort of quiet, but not in a shy way, more like in a guarded way. He’s pretty serious so when he does laugh it’s like the best sound in the world. Does that sound weird? I didn’t mean it to, I just like it when he’s happy, I don’t quite know why. Essie reckons I fancy him but I don’t. I just find him interesting (Essie doesn’t think there’s a difference but there totally is). He’s grumpy but not in a mean way I don’t think, I just get the feeling he’s got a lot of stuff going on behind the scenes. I wish he’d tell my about it but he kind of shuts down when I ask him anything deep.

How is Leo settling into school?

Okay, I think. He’s kind of keeping himself to himself. Like he eats lunch on his own quite a bit and then disappears outside. I don’t know where he goes. I kind of wish I did. Sometimes I wish I could just crawl inside his brain.

Do you think you and Leo will become friends?

I hope so. It’s weird, because on paper we just shouldn’t be. I mean, if you’d told me a few weeks ago I’d be hanging out with someone from Cloverdale, I would never have believed you. I suppose that’s the nice thing about him being here, it’s kind of made me think differently about stuff.

I feel we need to get to know you a little better – can you tell us 5 things we don’t know about David Piper?

I was born six weeks premature and spent the first week of my life in an incubator.

I once stole an eyeliner from Boots. I felt so guilty, the next time I went in I put a fiver in the charity box on the counter to try and make up for it.

I can tie a cherry stem in a knot using just my tongue.

Favourite song to sing at Karaoke?

I’m a horrible singer but if I had a gun pointed to my head I’d do Shake It Off by Taylor Swift!

“Be yourself; everyone else is already taken” (Oscar Wilde)

What do you think the future has in store for David Piper?

Wow, I don’t know. The future scares me a bit. Actually, a lot. I want to be happy, I suppose. That sounds well cheesy doesn’t it? I want to travel, definitely. I’ve only been to France, Spain and Florida so far. I want to be brave and push myself. I don’t mean bungee jumping or anything like that; I just don’t want to feel so scared of things. I’d like to go to university, to study fashion, maybe in London. I love London!

If you could give one piece of advise to anyone reading this interview what would it be?

You want me to give some advice? Really? Um, I don’t know. The problem is, a lot of the advice I’d give someone else, is advice I should probably be accepting myself. That’s the thing about advice though, isn’t it? It’s easy to give out but really hard to put into practice yourself. Hmmmm, I guess I’d have to say, be true to yourself. It’s something I’m working on anyway…

Thank you so much for answering all my questions David. 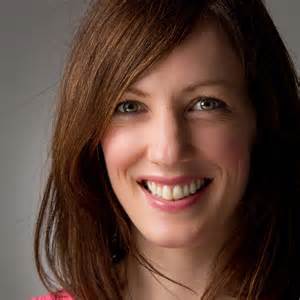 I was born in Nottingham in 1980. I spent most of my childhood drawing, daydreaming and making up stories in my head (but never getting round to writing them down). As a teenager I was bitten by the acting bug and at 19 moved to London to study drama at university.

Following graduation, I adopted the stage name of Lisa Cassidy and spent several happy and chaotic years occasionally getting paid to pretend to be other people. Between acting roles I worked as an office temp and started making up stories all over again, only this time I had a go at writing them down. One of these jobs was at The Gender Identity Development Service – a specialist NHS service for young people struggling with their gender identity. The patient stories I heard inspired me to write The Art of Being Normal.

I live near Hampstead Heath with my boyfriend Matt, where I’m lucky enough to split my time between writing and acting. In my spare time I read a lot of books, continue to daydream and eat way too much ice cream.

Find out more about Lisa on her website – www.lisawilliamsonauthor.com

Another huge huge thank you to Lisa for agreeing to a Q&A with a difference!

Have you read The Art Of Being Normal?  What did you think?  Has this Q&A or my review intrigued you?  I would love to hear from you!  Why not leave a comment using the reply button at the top of the page or tweet me on twitter using @chelleytoy !