Home Fantasy / Urban Fantasy Tales Quiz – Which Name Of The Blade by Zoe Marriott Character Are You? 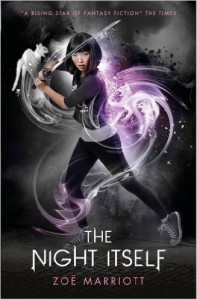 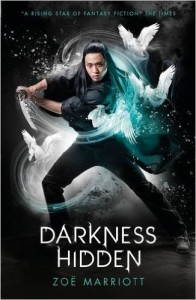 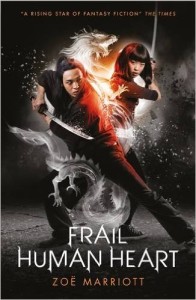 I had the absolute pleasure of meeting the lovely Zoe Marriott last year at a blogger event at Walker Books and I found her talk about this series completely fascinating and inspiring.

I knew I wanted to invite Zoe over to Tales and also that I wanted to know more about these characters asap!

Which character from The Name Of The Blade Series are you?

When Mio steals the family’s katana – a priceless ancestral sword – from her parents’ attic, she just wants to spice up a fancy-dress costume. But the katana is much more than some dusty antique and her actions unleash a terrible, ancient evil onto the streets of unsuspecting London. Soon Shinobu, a fearless warrior boy, appears to protect Mio – and threatens to steal her heart. With the gods and monsters of Japanese myth stalking her and her friends, Mio realizes that if she cannot keep the sword safe, and learn to control its legendary powers, she will lose not only her own life … but the love of a lifetime.

Against all odds, Mio, Jack and Shinobu have defeated the terrifying Nekomata and got home alive. But Mio is still compelled to protect the katana, and now the Underworld has spawned a worse monster – one carrying a devastating plague that sweeps through London like wildfire. As Mio struggles to protect the city and control the sword’s deadly powers, she realizes that this time there is no way she can keep everyone she loves out of the line of fire.

In the thrilling final instalment of her epic, Japanese-inspired urban fantasy trilogy, Mio has succeeded in banishing the Goddess of Death’s plague-spreading monsters – by making the most terrible sacrifice. With Mio’s love Shinobu lost, and hell literally breaking loose in London, the only things standing between the human world and an apocalypse are Mio and her sword.

There's something freaky lurking in the alley, do you:
Correct!
Wrong!

What is your favourite colour:
Correct!
Wrong!

You can save one personal possession from the fire. Is it:
Correct!
Wrong!

Your favourite film is:
Correct!
Wrong!

Your style is:
Correct!
Wrong!

There's a party going on. You can be found:
Correct!
Wrong!

Your recurring nightmare is:
Correct!
Wrong!

Your daemon would be:
Correct!
Wrong!

In the final, apocalyptic battle, your weapon of choice would be:
Correct!
Wrong! 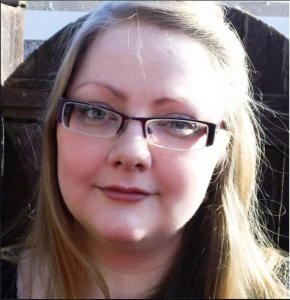 I was born and raised in Lincolnshire, where the wild North Sea meets the gentle green-gold curves of the Wold, and I’ve known that I wanted to be a writer since I finished reading my first book; ‘The Magic Faraway Tree’ by Enid Blyton. I think I was about eight, but I’ve never changed my mind in all the years since then.

I got my first publishing contract when I was twenty-two, but had to wait until I was twenty-four to see my debut novel – The Swan Kingdom – published. It went on to be shortlisted for the Branford Boase Award and the Lincolnshire Young People’s Book Award, and become a USBBY Outstanding International Book, among other honours.

Since then I’ve written many other books and have been lucky enough to win or be nominated for many other awards, including the Great Britain Sasakawa Prize and a second place in the Lancashire Book of the Year Awards. I have also received grants from the Royal Literary Fund and the Arts Council England.

I currently live in a little house in a town by the sea, with my two rescued cats, one called Hero after a Shakespearian character and one Echo after a nymph from a Greek myth. I also have a springer/cocker spaniel called Finbar (otherwise known as The Devil Hound).

My favourite colour is green. My favourite food is Chinese dim sum. My favourite songs are ‘I Will Follow You Into the Dark’ by Death Cab for Cutie and ‘Spem in Alium’ by Thomas Tallis.

You can find out more about Zoe on her website – www.zoemarriott.com

A huge thank you to Zoe Marriott for playing along and helping to create this quiz!

Have you read any of the Name Of The Blade series?  What did you think?  Have you taken the quiz?  Which character are you?  I would love to hear from you!  Why not leave a comment using the reply button above or tweet my on twitter using @chelleytoy!