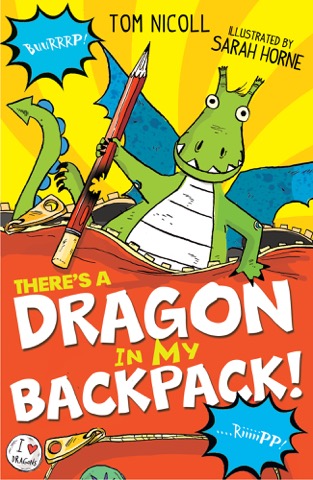 Today I have a very special guest post indeed!

I would like to introduce you all to Pan! 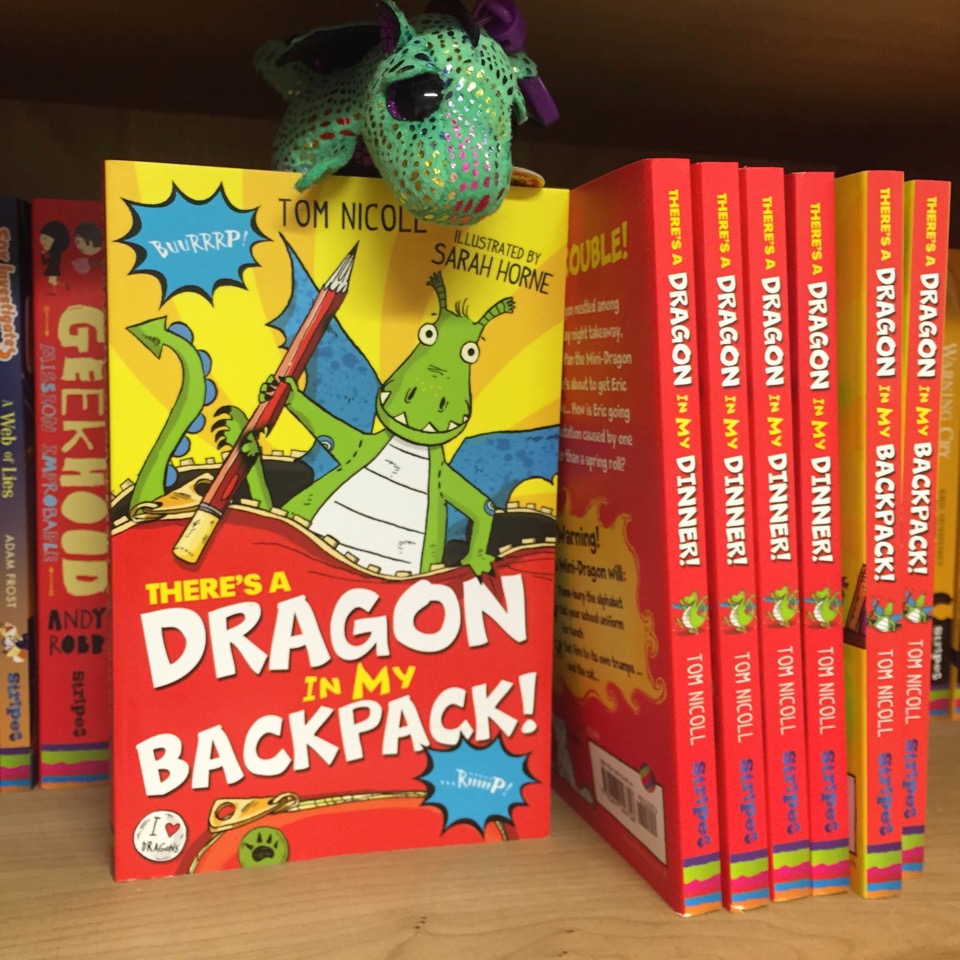 Look there he is hiding on top of all of the books!

Pan is a mischievous 15cm tall mini-dragon, who has accidentally found himself in England and specifically in the house of Eric, a young school boy and Pan’s new best friend.  If you’ve ever wanted an unusual friend, Pan is the perfect companion.

Today I have hired Pan to tell me all about his top ten places to visit in the UK now he has found himself here…..

And there’s even a little giveaway where you could win some books and Pan himself! 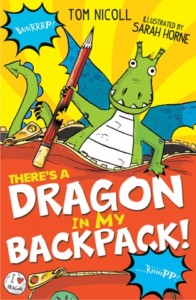 Book two in a hilarious new series featuring one boy and a little dragon with an oversized appetite for adventure. Eric finally succumbs to Pan’s demands and agrees to take the Mini-Dragon to school with him. But Eric gets more trouble than he bargained for when nightmare neighbour Toby switches his backpack with Eric’s and dragon-naps Pan! Now Eric must dash across town to Toby’s posh school and swap them back before his snappy secret is out! Perfect for fans of Jeremy Strong and Compton Valance.

Hello, it’s Pan here. Chelley has hired me as her official Mini-Dragon correspondent (Mini-Dragons are excellent journalists and our rates – 2 prawn crackers per word – are very reasonable). Since I’m fairly new to this country (I was born in China – long story short, my parents sent me to live in Mexico but I accidentally ended up in England), she has asked me for my top ten places I’d like to visit in the UK. Ten? I said. I could give you four thousand. But she said no, ten would be fine. Suit yourself I said, so here they are! 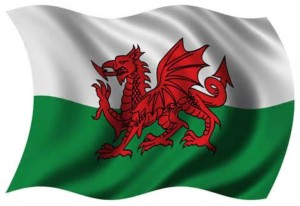 They have a big red dragon on their flag. Do I really need to go on? 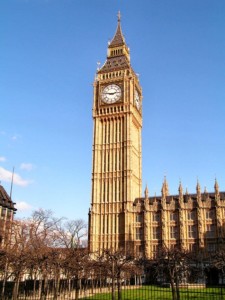 To be honest, I thought I had already seen Big Ben when I was out with Eric one day, but apparently it was just a regular Grandfather clock in a shop. Eric says that Big Ben is massive but honestly, when you’re 15cm tall, everything is massive. 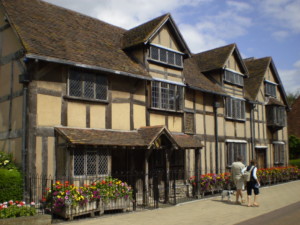 Not many people know this, but I’m a big Shakespeare fan. One of the sailors on the boat that brought me over from China had a book with all his plays in it. I used to read it when he had gone to bed. Eric is dead against us visiting his house though in case I accidentally burn it down. Honestly, you get the hiccups once and you’re never allowed to forget it… 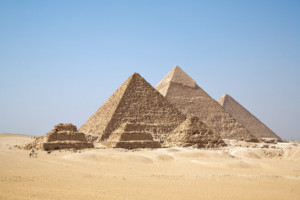 I’ve wanted to visit the Pyramids ever since… hang on, Eric is telling me that there are no Pyramids in this country. He says they’re in Egypt? I’m pretty sure he’s wrong, but I’m on a deadline here so I’ll have to check that later. 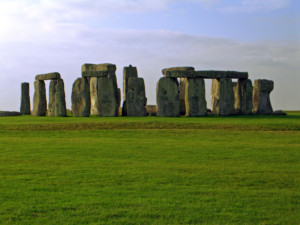 Believe it or not, Stonehenge was actually built by Dragons. I’m not going to tell you what it’s for though. It’s pretty obvious. Can’t believe no one’s got it yet. Honestly, you’ll kick yourself. 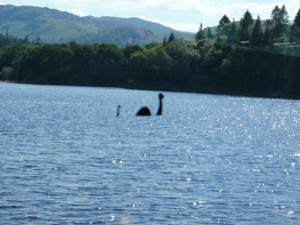 I have a distant relative who lives out there. Mum says he’s some kind of big-shot celebrity. Not really sure how though, all the photographs I’ve seen of him look terrible. 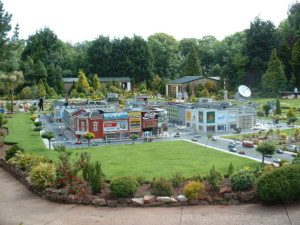 Eric, Min and Jayden took me to one of these a few weeks ago. It was amazing. It was like being a full sized Dragon. I’d really like to go again. I’ve promised Eric I won’t get so carried away next time but he says we definitely won’t be going back until he’s at least finished paying off the bridge repairs from his pocket money.

Okay so the first time Eric brought me to his school I almost set it on fire and the second time I ended up at the wrong school entirely, but surely every Mini-Dragon deserves a third chance? Eric is shaking his head. Hmm 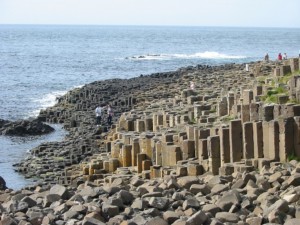 I’d like to visit here just so I can correct people on the story going round that the causeway was built by Giants. What rubbish! Dragons built that thing and every Giant knows it. That’s typical of Giants though, always lying through their huge teeth. If I ever see one they’d better get themselves back up their beanstalk quick or there’ll be trouble.

A Chinese restaurant owned by my friend Min’s parents. It’s where Min gets all the free prawn crackers she gives me. You should give it a visit, it’s the best Chinese restaurant in town. Eric is pointing out that it’s also the only Chinese restaurant in town. Personally, I’d like to visit at night, when no one is in. Just to have a look around in peace though, nothing funny. Ha, Eric is saying it’s because I want to eat all the prawn crackers. As if! I just think it would be an interesting place to visit that’s all. Alone. At night. With the door to the food cupboard left unlocked…

Right, that’s ten Chelley. Can I have my prawn crackers now please?

*Chelley wipes crumbs from her mouth and looks guilty* 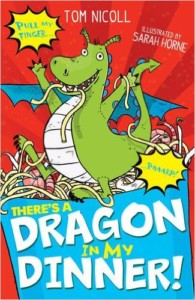 There’s A Dragon In My Backpack was released on the 5th May 2016, published by Stripes Publishing and you can buy a copy here or why not visit your local bookshop. 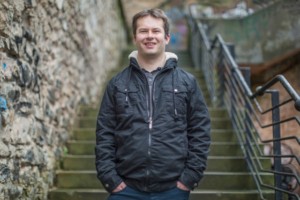 Tom Nicoll, a software engineer based in East Lothian, Scotland, has been writing since he was at school, where he enjoyed trying to fit as much silliness into his essays as he could possibly get away with. Years later, after his daughter was born, he rediscovered some of the books that had made him laugh as a child.

Sarah Horne, an illustrator with fourteen years experience, specialises in funny, inky illustration and has worked on many different projects including an advertising campaign for Kew Gardens and commissions from The Guardian and The Independent. She has written and illustrated two books: Tantrums and Tiaras and Paws, Claws and Frilly Drawers and her books have sold internationally in Mexico, Japan, Korea, Portugal, Germany, Australia and New Zealand.

How would you like your own little Pan in your backpack? 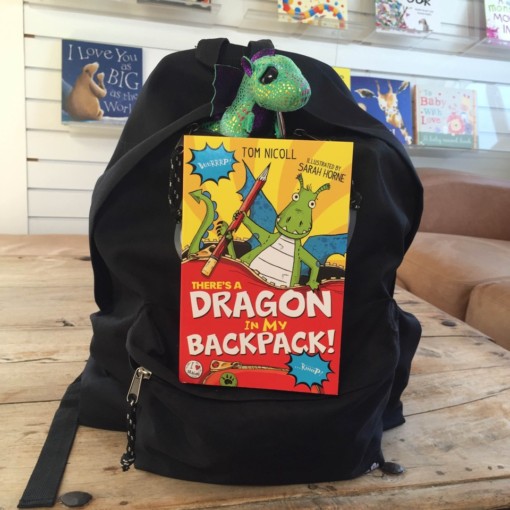 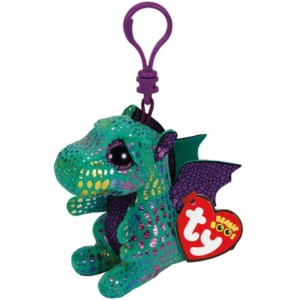 Giveaway ends 17th May 2016 where the winner will be announced on here and on twitter.

The winner must be willing to provide me with their address and happy for me to pass onto the publishers to send out your prize.

A huge thank you to Charlie at Stripes for organising this post and the brilliant giveaway and to Tom for a brilliant guest post that made me laugh so much!

Have you read any of Pan’s adventures?  What did you think?  Where would you like to visit in the UK the most or where would you suggest Pan visit?  I would love to hear from you!  Why not leave a comment using the reply button at the top of the page or tweet me on twitter using @Chelleytoy !