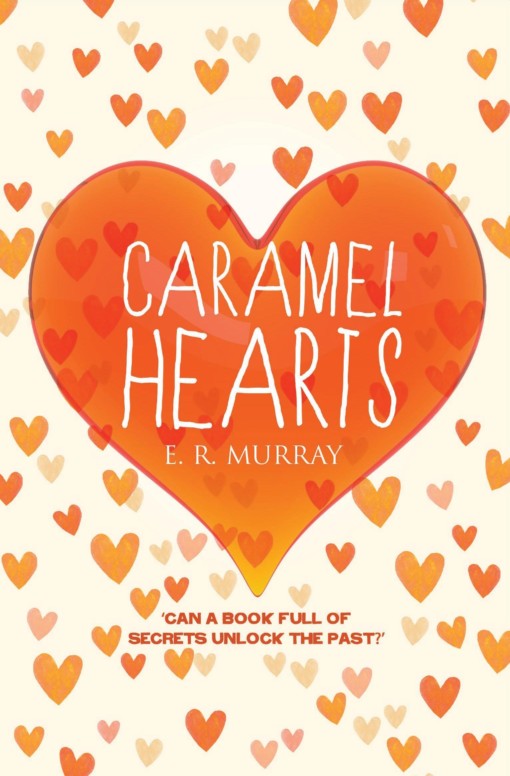 I am super excited to have a brilliant guest post by the lovely E. R. Murray today to celebrate the release of her YA debut Caramel Hearts which was released on the 19th May 2015 published by Alma books!

I am lucky enough to have received a copy of this book which I will be jumping into asap! 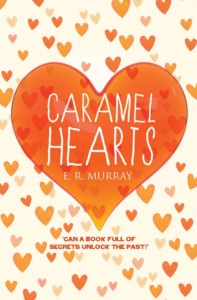 Liv Bloom’s life is even more complicated than that of your average fourteen-year-old: her father walked out on the family when she was young, her mother is in a recovery centre for alcoholics, and her older sister is struggling to step into Mum’s shoes. The only person she can turn to is her best friend Sarah, who gets her out of scrapes at school and is a constant source of advice and companionship. One day Liv discovers a book of recipes written in her mum’s handwriting, which sets her off on a journey towards self-discovery and reconciliation – but a theft, a love rivalry and a school bully are just some of the many obstacles on the way.

Caramel Hearts: What’s in a Name?

The title of my new book, Caramel Hearts, is also one of the real cake recipes that structure the narrative; the book is a coming-of age novel about love, disappointment and hope, and discovering the true value of friends and family, no matter how dysfunctional they are.

So why choose Caramel Hearts as the book’s title and not one of the other recipes?

To be honest, Caramel Hearts wasn’t the original title. In fact, finding the right title for this book proved much more difficult than I had expected. For my first book, the title came right away; however, this one was a beast refusing to be tamed! Looking back, it seems like Caramel Hearts should have been the obvious choice. But my initial attempt was a rather boring: ‘The Recipe Book’.

Unable to come up with anything better, I decided to use the title as part of the overall writing process. The title soon changed to – and this is highly embarrassing so I hope you appreciate this sad confession – the working title of ‘The Culinary Whimsy of Happiness Bloom.’ I know. Terrible, isn’t it? I have an agent who would never have let this pass even if I did think it was a good idea, but thankfully, it was simply a working title, designed to help guide my direction.

I write organically and extremely messily. I might have a basic idea but usually I’ll just have the main character and the setting, and that’s it. I always write my first drafts in a month, not editing a thing. I get the word count down like clay, ready for sculpting. I find my way by writing.

And so, I used this (awful) title to remind myself that although I wanted realism and some scenes were going to be pretty dark, I also wanted some hope and light. I wanted the book to resonate with people affected by addiction but I didn’t want the outlook to be completely bleak. This whimsical title served that function.

The next title a few drafts in, was ‘Recipes to Make Happiness Bloom’. Slightly better? Maybe. It’s the title of the handwritten cookbook that Liv finds, the cookbook that sends her on a voyage of discovery, but it still didn’t carry the tone of the book and it didn’t have much appeal. By this stage, the characters were well developed and the dual settings were working, but the plot wasn’t quite in place and the recipes didn’t sit right – just like this new working title.

It wasn’t until the final draft stage before Caramel Hearts went on submission that the title fell into place. By now, the recipes had become central to the narrative like I’d always hoped, and my agent, Sallyanne Sweeney, suggested one of the recipes should be the title. As soon as I sifted through the list, Caramel Hearts leaped out. It reflected Liv’s journey perfectly – why hadn’t I realised this before?

Then came an unexpected fear. What if the title led to a book cover filled with pink and sparkly cupcakes? I am so not pink and sparkly and neither is Liv Bloom, but we all know that sometimes this doesn’t matter if a publisher thinks a book will sell better with that type of cover. All this worry and the book hadn’t even gone on submission yet – was it because the title wasn’t right? I tried to find an alternative but there wasn’t one; this was the perfect title for the book. There was no changing it. It was time to let go.

Once signed by Alma Books, the title never came into question. And, I’m pleased to report, neither did a cover with sparkly pink cupcakes. The cover and the title work beautifully to capture the essence of the story and I’m delighted to see it now on the shelves. In my search for this title, I learned that titles can indeed be slippery beasts, not wanting to be tamed. But I also learned that just like any other part of the writing process, sometimes you need to take a number of wrong routes before you reach your destination.  You’ll know when you’ve arrived. 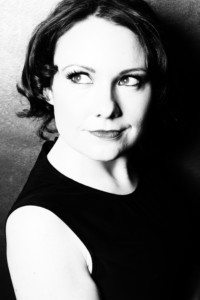 E.R. Murray writes novels for children and young adults as well as short fiction. Caramel Hearts (Alma Books) is her first book for young adults. Her middle grade debut The Book of Learning – Nine Lives Trilogy 1 (Mercier Press) was chosen as the 2016 Dublin UNESCO City of Literature Citywide Read for Children, and The Book of Shadows – Nine Lives Trilogy 2 will be published in September 2016. Elizabeth lives in West Cork, where she fishes, grows her own vegetables and enjoys plenty of adventures with her dog, Franklyn.

A huge huge thank you to E. R. Murray for a fantastic guest post and for asking me to host in celebration of the Caramel Hearts release.

A huge thank you also to Alma Books for sending me a copy for review.

Have you read Caramel Hearts?  What did you think?  What recipe would you include in a book?  Do you struggle coming up with titles?  I would love to hear from you!  Why not leave a comment using the reply button at the top of this post or tweet me on twitter using @ChelleyToy !