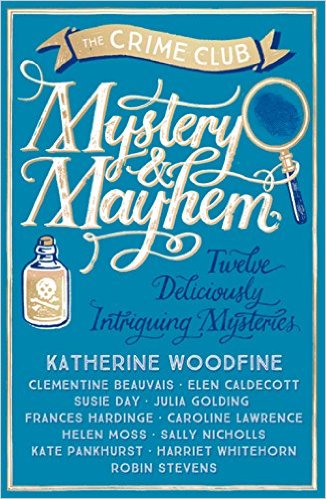 Grab you deerstalker, dig out that magnifying glass and grab a bun break!  Twelve brilliant authors have written twelve brilliant mysteries for us to solve!

Mystery and Mayhem was released on the 5th May 2016 published by Egmont and is packed full of mystery and intrigue to test every super sleuths detective skills!

I am lucky enough to have received a copy of this book from Egmont and I have been loving the stories I have read so far although my deerstalker must wonky as I’ve not managed to crack the mysteries before the reveals!

Today I am super excited to have the lovely Sally Nicholls, one of the twelve authors of the anthology on Tales with a fab Q&A all about her mystery story, writing and more! 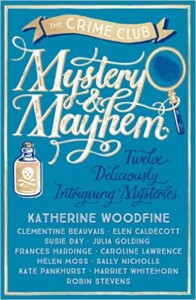 One challenge: can YOU solve the crimes before the heroes of the stories?

These are twelve brand-new short stories from twelve of the best children’s crime writers writing today.

These creepy, hilarious, brain-boggling, heart-pounding mysteries feature daring, brilliant young detectives, and this anthology is a must for fans of crime fiction and detection, especially the Murder Most Unladylike Mysteries, The Roman Mysteries and The Mystery of the Clockwork Sparrow.

The Crime Club are twelve UK-based authors who are mad about crime fiction. Clementine Beauvais, Elen Caldecott, Susie Day, Julia Golding, Frances Hardinge, Caroline Lawrence, Helen Moss, Sally Nicholls, Kate Pankhurst, Robin Stevens, Harriet Whitehorn and Katherine Woodfine can be found anywhere there is a mystery to be solved, a puzzle to be cracked or a bun to be eaten, and they are always ready for the next puzzling case.

Hi Sally!  Welcome to Tale Of Yesterday!  I am so excited to have you here!

Can you tell us a little about your short story in Mystery and Mayhem, Safe-Keeping?

It’s set in a solicitor’s office in 1921. A necklace is stolen from a safe and one of the solicitors is accused of the crime, because he’s the only person who knows the combination. But Arnold, Stanley and Billy, who are the solicitors’ office boys, are sure he’s innocent and decide to clear his name. To do so, they just have to work out how the thief managed to break into a locked safe …

What inspired you to write a closed-system crime for the anthology?

Well, they’re a lot easier to solve! I remember getting very excited as a child when I actually stumbled across a real crime to solve – a break-in at the Quaker meeting I attended. The problem was, the robbery could have been committed by literally anyone in Middlesborough, which made investigating it rather difficult for a nine year old.

How important was it for you to feature boys who become the detectives?

The office boys were the first thing I started with, because they seemed like such good heroes for a detective story. I was interested to see how many of the other young heroes in the other Mystery and Mayhem stories have jobs, or help their parents in their jobs – workplaces are evidently good places to solve crimes. And I spent last year writing three books set in 1912, 1914-17 and 1935, so it’s an era I know well.

How easy was it for you to get the language right for the story?  Was it important to you? (I loved how I could perfectly speak the way Stanley would have)

One of the characters in the book I’m writing at the moment is a working-class London girl in 1914, so it’s something I’ve been researching. It’s harder to research than you might think, because most novels set in that period have upper or middle-class characters as their heroes, and the working-class characters tend to speak in awful Dick Van Dyke cockney.

One of the best books I read for dialogue is the utterly wonderful Round About A Pound A Week by Maud Pember Reeves, a Fabian study of London families living on a pound a week in 1913, which is well worth reading if you’re interested in the era. 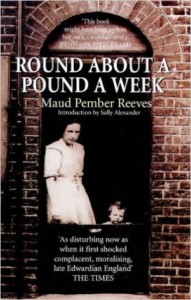 I loved writing in Stanley’s voice. I know some readers have struggled with it though.

How did you find writing a mystery story?

Fascinating! Most of my books are full of angst and emotion and relationships, so it was great to write something that was so plot-driven.

How does writing a short story for an anthology differ from writing a whole novel?  Is there a different structure?  A different editing process etc.?

It’s more pared-down – anything that doesn’t absolutely have to be there has to go. But it really depends on the story. Safe-Keeping is very plot-driven, which made it very easy to write, because you just put in everything that has to happen to get the plot from A to B, and you have a story. (Even the ‘flavour’ like all the story paper stuff is really necessary to explain why the boys are so keen to solve the mystery). I’ve written other stories which are more about feelings, and they’re different again.

How do you plot a good mystery or how did you plot the mystery in Safe-Keeping?

I wanted to write a howdunnit rather than a whodunnit. I stole the ‘how’ part of the mystery from a book called Surely You’re Joking Mr Feynman! 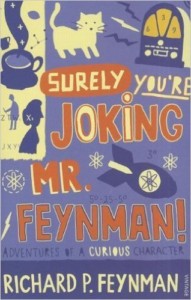 Robert Feynman was a nuclear physicist working on the Manhattan Project with a side-interest in safe-cracking. Using the method used by my criminal in Safe-Keeping he managed to break into a third of the highly-expensive, top-secret filing cabinets used by physicists  building the atomic bomb in WW2.

I write all my chapters out of order, and then get very frustrated trying to tie them together with something approximating narrative thread.

Have you read any of the other stories in Mystery & Mayhem?  Do you have a favourite?

Of course – I read them all! I really liked Caroline Lawrence’s, because I could just picture the world she described – it reminded me a lot of my time in Texas. It’s also easy to try and cram too much into a short story, which Caroline didn’t – her story is exactly the right size for her word limit, which is harder than you might think.

And somebody should give Susie Day a contract to write a whole series of Emily books right now please.

Were you a master sleuth – did you solve any of the other mysteries in Mystery & Mayhem?

Yes, but not many! I would be a rubbish detective. I am not very observant at all.

I’ve just finished reading my friend Jo Cotterill’s A Library of Lemons, which is a love story to books and friendship, and made me cry. 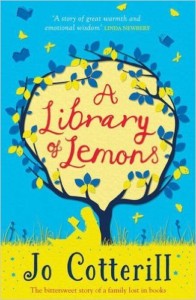 But I’m mostly still stuck in research reading – I’m currently halfway through Kids From Over the Water, which is another account of an Edwardian working-class childhood, and The Victorian Internet, which is a very readable history of the telegraph system. I’m using it to help write up some teacher’s notes for my next Barrington Stoke book. 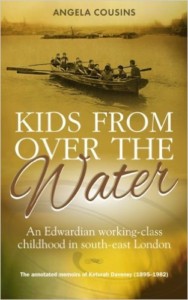 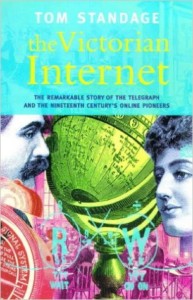 I have a new book for 5-8-year-olds with dyslexia coming out in July called Billy Button: Telegram Boy about a match-making telegraph boy. 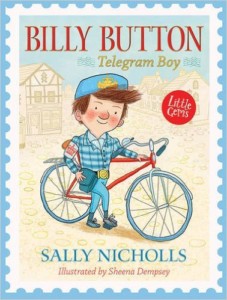 I’m currently trying to finish edits on a YA novel about three very different girls who get involved with the suffragette movement. It’s called Things A Bright Girl Can Do, and it’s specifically about what happened to the suffragettes when the first world war started. The story we get told is that they all gave up like good girls and helped the war effort, but the reality is quite a lot more complicated than that.

Oh wow!  That sounds fantastic!  I can’t wait to read that already!

Thank you so much for answering all of my questions Sally.  I loved your story in Mystery and Mayhem!

You can buy Mystery & Mayhem here or why not visit you local bookshop. 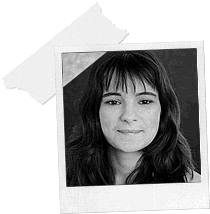 I was born in Stockton-on-Tees, just after midnight, in a thunderstorm. My father died when I was two, and my brother Ian and I were brought up my mother. I always wanted to write – when people asked me what I wanted to be when I grew up, I used to say “I’m going to be a writer” – very definite.

I’ve always loved reading, and I spent most of my childhood trying to make real life as much like a book as possible. My friends and I had a secret club like the Secret Seven, and when I was nine I got most of my hair cut off because I wanted to look like George in the Famous Five. I was a real tomboy – I liked riding my bike, climbing trees and building dens in our garden. And I liked making up stories. I used to wander round my school playground at break, making up stories in my head.

You can find out more about Sally on her website – http://www.sallynicholls.com/

You can catch up or follow the rest of this brilliant month long blog tour at the following stops! 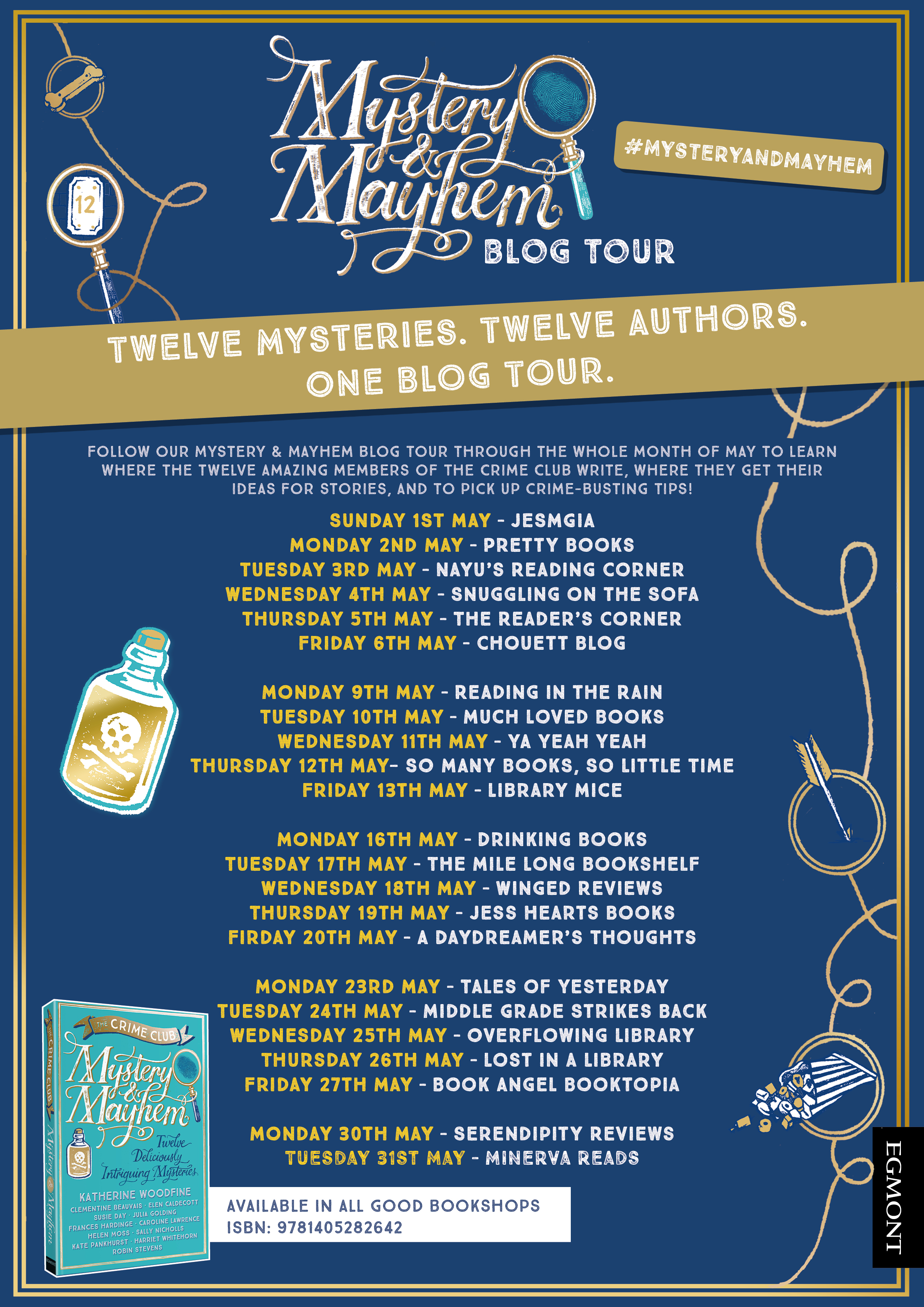 A huge big thank you to Sally for answering all my questions and to Maggie at Egmont for organising not only this Q&A but the whole tour.

Have you read Mystery & Mayhem?  Which was your favourite mystery?  Did you solve any of the mysteries?  I would love to hear from you!  Why not leave a comment using the reply button at the top of the post or tweet me on twitter using @ChelleyToy !