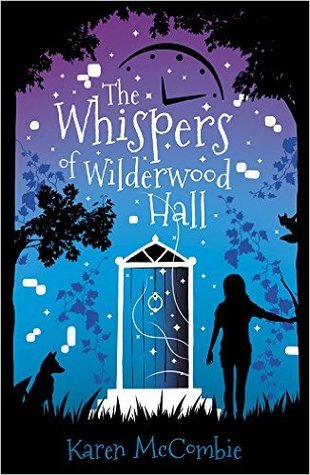 I am super excited to have been asked to be part of the blog tour for this wonderful historical MG fantasy, The Whispers of Wilderwood Hall by Karen McCombie.

The Whispers of Wilderwood Hall was released on the 2nd June 2016 published in paperback by Scholastic.

A huge thank you to Faye Rogers and Scholastic for having me on this wonderful tour.

For my stop on the blog tour I have a wonderful guest post from the lovely author herself, Karen McCombie with five stories behind The W. 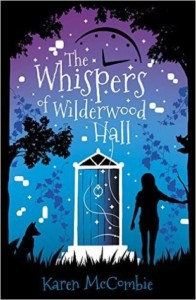 Ellis is losing track of time…

After leaving her friends to move to a crumbling Scottish mansion, Ellis is overcome by anxiety and loneliness. Then she hears whispers in the walls…and finds herself whisked back in time to 1912.

At first, she feels like she’s finally home. But the past may not be as perfect as it seems – and is there more to hope for in the present than she first thought?

The Whispers of Wilderwood Hall – 5 stories behind the story…

1) I was fearsomely shy as a child

We moved a lot – I went to five primary schools, including one in Australia – and I just wasn’t resilient enough to handle that without wobbling. Every move felt like an uphill battle to start again, negotiating new classmates, trying to suss out who’d be nice and who’d be horrible. I channelled some of that ‘moving’ dread when I wrote the character of Ellis, whose mother’s new husband whisks them from bustling London to the wilds of the Scottish Highlands.

2) OK, sometimes it was a little WORSE that just shy wobbles

I had some of the best times and the best of friends in my teens, but occasionally, anxiety would roll right in out of nowhere and bowl me over. It’s happening now for my own teen daughter, and when I was writing ‘The Whispers of Wilderwood Hall’, I really felt I wanted to reflect what anxiety feels like, since it’s a reality for so many teens. But also, I wanted it to be just part of Ellis’s reality. For the teen me, for my lovely daughter, for so many teenagers out there, it’s important to remember that while you have to acknowledge it and understand it, anxiety doesn’t define you.

My surroundings might have been very modern, but as a child, my heart was lost to history. I’d sit in my bedroom in Aberdeen, Scotland, with views of the North Sea and oil rigs outside, while inside, my head was full of Victorian ghost stories (‘The Amazing Mr Blunden’ by Antonia Barber), Georgian mysteries (‘The Strange Affair of Adelaide Harris’ by Leon Garfield) and pioneering life in the USA of the 1800s (‘The Little House on the Prairie’ series by Laura Ingalls Wilder). I was SO much of a history nut that it surprises me now to think I haven’t written historical novels till fairly recently, with last year’s WII evacuee story ‘Catching Falling Stars’ my first.

It’s tricky being an author’s friend or family member; we pinch bits of your lives all over the place! And in ‘The Whispers of Wilderwood Hall’, Ellis’s mum Sadie is loosely based on my lovely friend Emily, who is a hair and make-up artist. I’ve loved the stories she’s told me of the glamorous shoots she’s been on, working with famous actors, musicians and models (and wow, can some of them be AWFUL, naming no names). But I’ve loved her tales of working on less-glamorous jobs too, like the time she had to paint 20 actors totally orange for a Tango commercial! Come to think of it, I owe Emily a copy of ‘The Whispers of Wilderwood Hall’ and a big thank you…

5) The house that haunts me still…

In my twenties, a film student friend asked me to help with a film project. It sounded fun, so I said yes, of course. Fast-forward, and we’re in the wilds of the countryside, INSIDE a long-deserted, decaying Victorian manor house that my friend had discovered and wanted use as a location. Technically, we were trespassing – which made me feel extremely uncomfortable, but I am SO glad that I bent the rules (if not quite broke the law) and wandered around the faded grandeur of the sadly vandalised building. It felt like such a privilege to have seen it, and to imagine it in all its glory. The house, naturally, has become Wilderwood Hall in my novel. I’d love to revisit it, but in the years since, when I’ve been back in the area and driven around, I’ve never been able to rediscover it. And somehow I think it’s better to leave it that way… 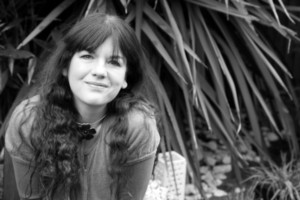 Karen McCombie is from Aberdeen but now lives in North London with her husband, daughter and one big ginger cat.

Before Karen became a full-time writer she worked for several teen magazines such as Just Seventeen, Bliss and Sugar in a variety roles – everything from Fashion Editor to Features Editor – all very exciting and glam!

Karen has sold over one million books in the UK alone and has been translated into 15 languages.

Find out more at www.karenmccombie.co.uk and take the opportunity to join Karen’s Club!

You can catch up or folow the rest of this fab blog tour at the following stops!

So Many Books, So Little Time

A huge huge thank you to Karen for such a fab guest post and to Faye Rogers and Schlastic for organising!

Have you read The Whispers of Wilderwood Hall?  What did you think?  Have read any of Karen’s other books?  I would love to hear from you!  Why not leave a comment using the reply button at the top of this review or tweet me on twitter using @chelleytoy!