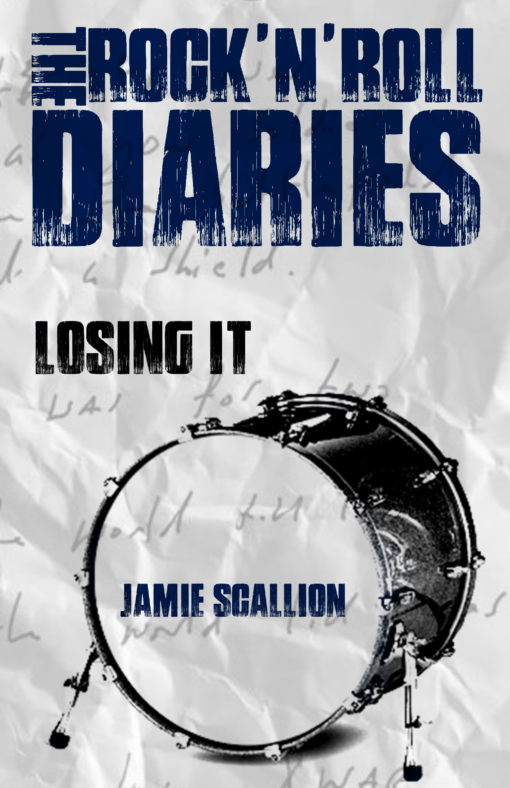 I am super excited to have been asked to be part of the blog tour for this wonderful book, Losing It by Jamie Scallion which is the third penultimate book in The Rock N Roll diaries.

Losing It was released on the 9th June 2016 published in paperback by Mad Notes Media.

A huge thank you to Laura Curtis from Riot Communications for having me on this wonderful tour.

For my stop on the blog tour I have a brilliant extract from the book and a fab introduction from the awesome Jamie Scallion himself! 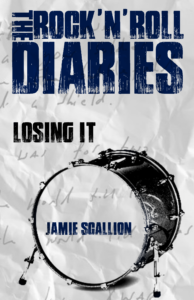 Losing It is the third book in the explosive teen series The Rock ‘n’ Roll Diaries. This brilliant quartet of Young Adult novels has acquired thousands of online fans since its launch in 2015. USA Baby! The RockAteers are on the road again. Egg watches their profile soar from his self-imposed exile. With a nudge from Clipper, he makes an important decision. Burt has a new mission impossible in the form of hot actress Daisy Coolidge, but is he ready to join The Faith in order to succeed? Clipper has a boyfriend and Tea is suspicious. Before long it’s clear there are others who aren’t what they seem. Things are about to go crazy in RockAteers world! Expect a rollercoaster ride of revenge, betrayal and murky secrets in the penultimate instalment of The Rock ’n’ Roll Diaries. 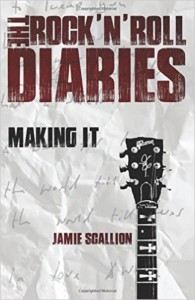 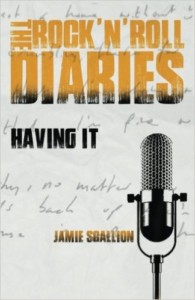 I love New York; it’s a music town. Countless songs have been written about the city and its rich heritage of artists and venues make the place somewhere I never tire of going to. It’s why I chose the Big Apple as the setting for a lot of the action in Book 3.

In the third instalment we needed to see The RockAteers really struggle. America is huge. When I’ve toured America, one thing is dominant at all times – the sheer size of it. Because of that enormity bands have to spend months and months touring it. This puts an huge strain, not only on the band but the tour manager, crew and basically everyone. And, inevitably, tempers shorten and then they fray which can lead to some pretty ridiculous situations and arguments.

So in the scene below the band are at the end of their combined tether. Of course, it’s the lead singer and guitarist that cause most of the fuss.

The RockAteers coach waited with its engine running. The car park under the hotel was hidden from unwelcome eyes, a key reason why the hotel was often used by celebrities. Once the personality was ensconced behind tinted windows the car, bus or limo could pass on to 49th Street undetected. Burt, Tea, Ged and Clipper were already on board. Egg was half an hour late.

“It’s because he’s a prick!” Burt announced, as he drained his third mug of champagne.

“Can’t you do something, Ged? We do know he’s in the hotel,” Clipper said.

“We’ve missed sound check anyway and you’re not on stage for two and a half hours. He’s probably just dealing with a problem,” Ged replied, unperturbed.

“The problem he’s dealing with is that he’s a dick,” Burt said. “Takes one to know one,” Tea said, under his breath.

Burt turned towards Tea and narrowed his eyes.

“How many bassists does it take to change a light bulb?” Burt said, allowing his smirk to grow. “Just one, but the guitarist has to show him how first.”

Burt burst into laughter. No one joined him.

Tea glared. “Says the man who can’t play an instrument.”

Burt shed an enormous wedge of money from his inside jacket pocket and put it on the table.

Tea reached over and snatched up the huge wad of $100 bills.

Burt gazed at him bewildered. “Paul McCartney isn’t a bass player,” he said at last.

Burt looked at Ged for support but the Tour Manager nodded.

“Why are you carrying so much money around, lad?” Ged asked.

“You never know when you might need it,” Burt replied defensively.

“Egg’s here,” Clipper interrupted, peering out of the window.

They all gazed out and watched Egg walk across the car park, straight past the bus and into the open door of a blacked-out limo. The smart-looking chauffeur closed the door behind him and returned to the driver’s seat.

There was a long silence before Burt exploded. “What the hell was that?” he screamed, racing off the bus. Clipper, Tea and Ged followed close behind.

Burt sprinted to the limo and started knocking hard on the tinted glass. The electric window slid down a couple of inches. Only Egg’s eyes were visible.

“What the hell are you playing at?”

“I don’t know what you mean,” Egg replied.

“Don’t be a dick. Get out of the fucking limo! We’ve been waiting for you for hours.”

“Oh, I see, it’s OK for you to get your own personal tour bus, but I can’t ride to ONE gig in a limo? What are we, second class citizens?”

“Listen, Smeg,” Burt hissed. “I don’t know what your game is, but you’re in for a proper big shock…”

Before Burt could say another word, the window shut and the limo pulled away.

“You shithead! Come back!” he bellowed, jogging alongside.

As the car gathered speed, so did Burt.

“Burt, what you doing? Leave it, let’s go,” Clipper called after him.

“Piss off, you gay idiot. That ginger tit needs to learn some manners,” Burt yelled back at him, continuing to slap the car window. “Get out and get on the bloody bus, fuck-balls!”

The car sped up the ramp, turned and was gone. Burt stopped, hands on hips, panting. He turned to find Tea, Ged and Clipper glaring at him.

“Who are you?” Clipper said coldly.

“I’m not letting him get away with that!” Burt said, sprinting back towards the bus.

Clipper, Tea and Ged watched as Burt climbed into the cab and pulled the driver from his seat.

“What the hell is he doing?” Ged yelled, breaking into a run.

Tea and Clipper pelted after him. The tour bus lurched forward and then ground to a halt as the engine died.

Ged reached the open door and pulled up. “Get out of there!” he roared.

Tea and Clipper arrived and stood watching in shock as Burt fumbled with the ignition. The engine roared to life once again. Burt turned and grinned at them. This time he managed to move the bus forward and the front door hissed to a close, shutting firmly in their faces. 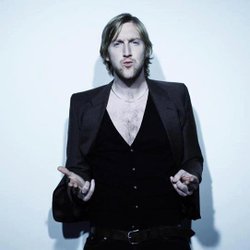 Jamie Scallion grew up in South London. He started a rock band at school and as lead singer of a cult London band for twelve years he toured the world, playing with some of the biggest names in the music industry. He wrote The Rock ‘n’ Roll Diaries whilst on the road.

Follow or catch up on the rest of this fab blog tour at the below stops!

A huge huge thank you to Jamie for such a fab post and to Laura Curtis for organising!

Have you read Losing It or any of the books in The Rock N Roll Diaries?  What did you think?   I would love to hear from you!  Why not leave a comment using the reply button at the top of this review or tweet me on twitter using @chelleytoy!