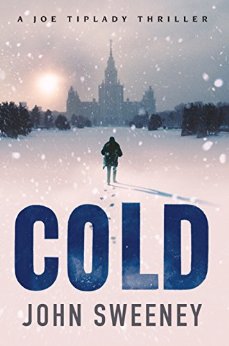 I was super excited to be asked Alice at Midas PR to be part of the blog tour for the first in a new adult fiction thriller series by British writer and broadcaster John Sweeney, Cold.

My stop on the blog tour is a thrilling extract from the book! 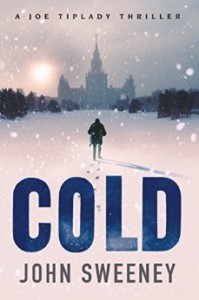 In the feeble light of a London winter, Joe Tiplady walks his dog in the snow. He is not alone. Two men are tracking him, as is a woman with wolf eyes. Soon Joe will find himself caught in a storm of violence and retribution that he does not yet understand.

Around the world, a chain of events is in motion that will make Joe a priceless target. A retired Soviet general hunts for his missing daughter after a series of brutal murders. A ruthless assassin loses something so precious he will do anything to get it back. And in the mountains of Utah, a brilliant ex-CIA chief wrestles with his religion.

In the shadow of them all lies Zoba, strongman ruler of Russia and puppet-master of the world’s darkest operatives. Can Joe save himself from this dangerous web of power and revenge? Where can he run when there’s nowhere left to hide?

The beetle ushered Joe down a marble staircase. His feet felt cold on the stone; the handrail was of the smoothest onyx. The staircase coiled around on itself – alcoves populated with a strange mix of Orthodox icons, eighteenth-century portraits in oil of grand figures in fur, and modern art – down to a hall dominated by a circular wall of mirrors reflecting a marble statue of a naked man, sightless, with both arms missing. At the feet of the statue sat two dog bowls, one for water, one for food.

The beetle opened a shiny black door and they were out on the streets of London; a square, somewhere in Belgravia. Nearby, the flag of some exotic foreign power flapped feebly in the night.

Joe, hugging the blanket to his body, stood on the step and drank in great draughts of London air: dirty, diesel-speckled, free.

Behind him he could hear a commotion, a woman shouting, screaming abuse, and a man replying, much more quietly, the register of his voice conveying menace. A dark-blue Jaguar came to a halt beside them.

‘Get in,’ said the beetle, and the car door closed behind Joe with a soft, expensive thunk. After a few beats, more doors opened and closed. A middle-aged man with a sour expression, his moustache thick and bristly, claimed the front seat. Wearing a rumpled tweed jacket, white shirt, regimental tie and salmon pink corduroy trousers, he was heavy without being fat, tough without overdoing it.

He turned to the driver and said, ‘Go.’

The Jaguar slid through the London streets, heading west, but it was the woman now sitting next to him that had Joe’s attention: Wolf Eyes, the woman he’d first met at the vet’s, what seemed a lifetime ago. Streetlights strobed through the car’s windows, casting her first light, then dark, light, dark. Her perfume, which, only a few minutes before, he had experienced as a blindfolded prisoner, filled the car. Close up, she was not just extraordinarily beautiful, but bewitchingly so. And yet he was intensely angry with her for what she had done.

The wolf eyes stared at him, cold, unblinking.

Joe struggled to get the words out: ‘What’s . . . what’s wrong with you? Who are you and why all of this? Why did you kill those people?’

She swung in her seat and hit him with the edge of her hand, against the side of his mouth. 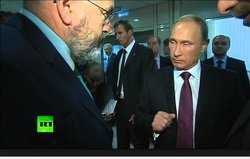 John Sweeney is a British writer and broadcaster who became a YouTube sensation in 2007 while working for BBC Panorama and lost his temper with a member of the Church of Scientology. He admitted looking like an ‘exploding tomato’. As a reporter, first for The Observer, then the BBC Sweeney has covered wars and chaos in more than eighty countries and been undercover to a number of tyrannies including Chechnya, North Korea and Zimbabwe. He has helped free seven people falsely convicted of killing babies, starting with Sally Clark and Angela Cannings. He has ‘door-stepped’ Vladimir Putin over the killings in Ukraine and when he challenged Donald Trump about his business relationship with mafiosi Fat Tony Salerno, Mr Trump walked out on him. Over the course of his career John has won an Emmy, two Royal Television Society prizes, an Sony Gold award, the What The Papers Say Journalist of The Year Prize, an Amnesty International prize and the Paul Foot Award. His hobby is falling off his bike on the way back from the pub.

Sweeney’s rule of thumb in journalism is: ‘I poke crocodiles in the eye with a stick.’
He lives in London, has written seven non-fiction books and two novels. His first, Elephant Moon, has sold more than 150,000 copies. His second, Cold, will be published in the summer of 2016.

He’s on twitter, his handle stemming from his encounter with Scientology: @johnsweeneyroar

You can catch up of follow the rest of the blog tour at the following stops! 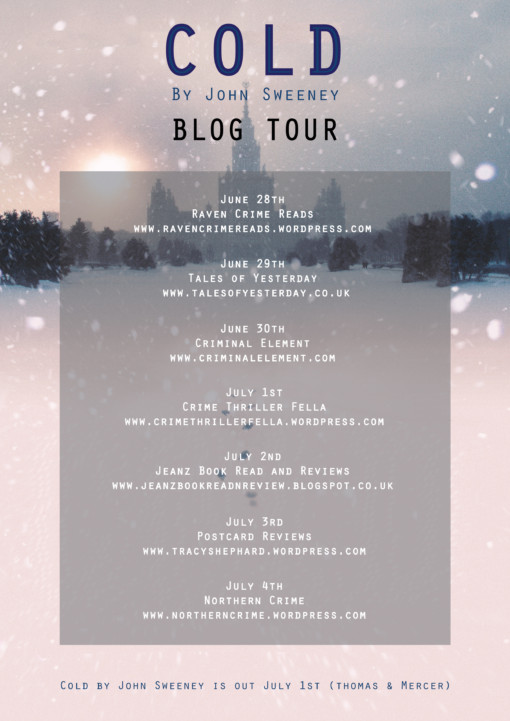 A huge thank you to John for letting me feature an extract here on the blog an to Alice at Midas PR for asking me to be part of the tour and organising!

Have you read Cold?  What did you think?  Have you read any of John Sweeney’s other thrillers?  I would love to hear from you!  Why not leave a comment using the reply button at the top of this review or tweet me on twitter using @chelleytoy!