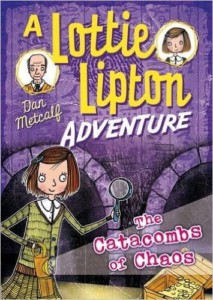 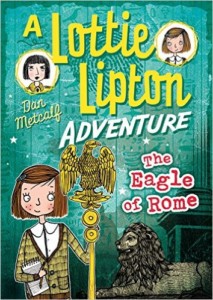 I am super excited to have been asked to feature a fab guest post to celebrate the publication of two new Lottie Lipton books, The Catacombs Of Chaos and The Eagle Of Rome by Dan Metcalf.

Lottie Lipton is a nine-year-old investigator extraordinaire and her adventures are perfect for any budding super sleuth!

The Catacombs of Chaos and The Eagle of Rome are published today on the July 28th by Bloomsbury Education and are the fifth and sixth Lottie Lipton adventures.  They can be enjoyed on their own or as part of this fab series!

A huge thank you to Dan Metcalf for getting in touch and for asking me to feature this fab guest post!

Today we find out Dan’s 10 Stupid Facts I Learned While Researching A Book…..

Welcome to the British Museum, home to Lottie Lipton: nine-year-old investigator extraordinaire! Lottie has lived in the British Museum all her life – she thought she knew it like the back of her hand! But when she finds herself locked in a secret tunnel deep beneath the museum she starts to worry that she might never escape. Can Lottie, Uncle Bert and Reg solve the puzzles to find their way out of the maze of passageways? Perfect for developing and newly confident readers, Lottie Lipton Adventures are packed with action, excitement and puzzles for the reader to solve.

Welcome to the British Museum, home to Lottie Lipton: nine-year-old investigator extraordinaire! When a collection of Roman treasures comes to the museum, Lottie, Uncle Bert and Reg discover the legendary code of the Ninth Legion’s Golden Eagle. Can Lottie and her friends break the code and find the treasure before a ruthless treasure hunter gets his hands on it? Perfect for developing and newly confident readers, Lottie Lipton Adventures are packed with action, adventure and puzzles for the reader to solve. 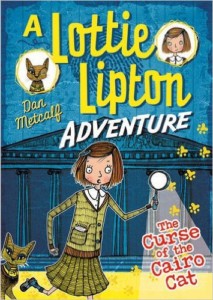 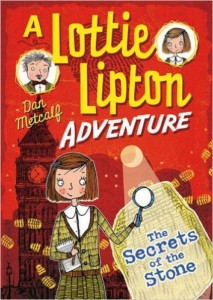 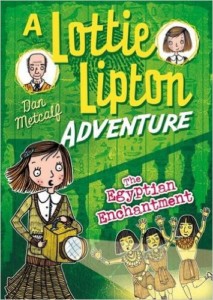 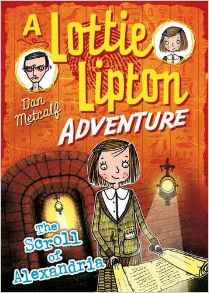 10 Stupid Facts I Learned While Researching A Book

Writing’s a funny old business innit? While the whole industry revolves around imagination and making stuff up, writers will often find themselves wading through books in the library or browsing the web in the search for facts on which to hang their story. I’m no exception. For my chidren’s book series, The Lottie Lipton Adventures, I’ve been up late into the night looking for nuggets of information to put into the novels. As they are based in the British Museum and follow amateur sleuth Lottie in her treasure hunts and plots to foil robbers, the information in them has to be watertight. This is why I’ve annoyed my local library and used up my bandwidth searching for facts like an info-hungry Stephen Fry.

My latest tales, The Catacombs of Chaos and The Eagle of Rome, are out in July and I thought I’d treat you to some of the stranger morsels of content that I’ve come across in the name of education and entertainment:

1 )  In ancient Egypt, if the family cat died, it was customary for the family to shave off their eyebrows in mourning.

6 ) The Ancient Egyptians hated hair and preferred to shave it off and wear wigs instead.

7 ) The lions that surround Nelsons Column were designed by Edward Landseer in the 1800s, but the lions he studied in London Zoo wouldn’t keep still, so the paws are modelled on a cat.

8 ) The British Museum once had its very own London Underground station. Now closed, it is said to be haunted by the ghost of the daughter of Amen-Ra, the Egyptian pharaoh.

9 ) Cleopatra’s Needle, which now stands on the banks of the River Thames, was towed to Britain on a barge but it nearly sank in a great storm which killed six of the crew members.

10 ) When the mummy of Ramesses II had to be moved to Paris for scientific testing, the Egyptian government issued it with a full passport. The mummy’s occupation was described as: ‘King (Deceased)’.

You can buy any of the Lottie Lipton books here or why not visit your local bookshop. 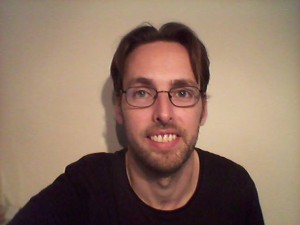 Born at an early age, Dan Metcalf knew exactly what he was going to be when he grew up – tall. This was achieved before he even got to secondary school and so another career was decided on. The life of a chocolate teapot salesman is however fairly temperamental and so he decided to move to a job which was comparatively reliable – a writer.

He has written for radio, screen and magazines but is best known as the author of ‘The Lottie Lipton Adventures’ (although he is best known around where he lives as ‘That Weirdy Beardy Guy’). He is a full time writer and his biggest ambition is write a major children’s adventure series and create a superhero comic.

You can find out more about Dan on his website – www.danmetcalf.co.uk

A huge huge thank you to Danfor such a fab guest post and for asking me to feature this on his publication day!

Have you read any of Lottie Lipton?  What did you think?  Are you a super sleuth?  I would love to hear from you!  Why not leave a comment using the reply button at the top of this review or tweet me on twitter using @chelleytoy!