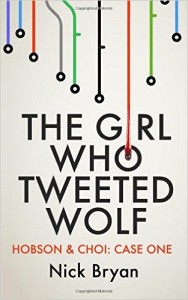 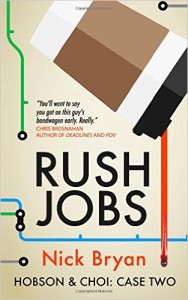 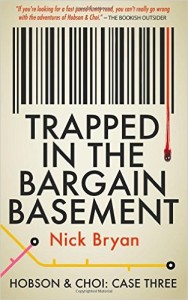 I am a huge fan of Nick Bryan’s Hobson & Choi series and am super excited that there will be an addition of a fourth book to the series very soon!  Yay!

Hobson & Choi is a brilliant crime series that is both serious and fun all at the same time as a gruff, mostly angry man teams up with an energetic and passionate seventeen year old girl to solve the odd crimes that come to the private detective’s office!

You can find my review of the first two books here

So to celebrate I am so excited to welcome the brilliant Nick Bryan back to Tales Of Yesterday with an awesome guest post about location!

“If we get 400 followers, John Hobson will solve that nasty wolf-murder case for free! Fight the thing himself if he has to! #HobsonVsWolf!”Angelina Choi was only trying to drum up some Twitter followers and make a good impression on her first day interning at John Hobson’s one-man detective agency.

But the campaign went viral and now they have a murder to solve, no money coming in, and an unwilling Hobson faced with battling some enormous beast.

With both follower and body counts rising, can they crack the case without offending everyone or being eaten by a huge dog?

The Girl Who Tweeted Wolf is the first case starring Hobson & Choi, a bickering, mismatched detective duo for 21st century London. This book collects the debut storyline of the hit darkly comic crime web serial, extensively rewritten and improved for this definitive edition.

Angelina Choi returns for her second and final week of work experience at John Hobson’s detective agency, ready for anything after their first successful murder solve.

After all that online buzz, they’re in phenomenal demand. Can Hobson & Choi solve a kidnapping, play chicken with corporate crime, beat back gentrification, save a dog from drug dealers and head off violent backlash from their last case?

Or will grim revelations about Hobson’s past leave them floundering in the chaos?

Rush Jobs collects the second major storyline in the Hobson & Choi saga, #1 on Jukepop Serials and #2 in Dark Comedy on Amazon, adding brand new chapters and scenes to the case.

Angelina Choi returns for her final day of work experience at the Hobson Agency – is there a job waiting afterwards? Should she walk away for her own good?

While she mulls it over, they’re hired by the massive EastVillage shopping centre to investigate a spate of muggings. But do the management know more than they’re letting on?

As Hobson and Choi wrestle with commercialised corruption, will Angelina finally squeeze in her first date with Will the Hot Receptionist? Can anything emerge from the smoking crater of Hobson’s love life?

Trapped In The Bargain Basement plunges grimly comic London crime series Hobson & Choi to new depths, after climbing to #1 in Dark Comedy on Amazon and breaking records on Jukepop Serials.

The Hobson & Choi series, of course, is a darkly comic detective series that takes place in London, the massive teeming metropolis that I (and millions of other people) live in. The decision to set it there was a fairly quick and easy one, it just slotted immediately into the tone of the story and the circumstances I wanted for it.

But what exactly was that tone, what were those circumstances? Why and how did it happen? What on earth was I thinking? Good question. Let’s try and unpack.

A lot of these mismatched detective series (and crime stories in general) end up taking place in big cities, simply because they’re such a good source of unpleasantness and violence. They’re big, full, contain a multitude of anger, provide infinite chances for different groups of people to rub up against each other. Obviously, London provides nothing but opportunity.

Also, as someone whose book relies heavily on secret societies and evil conspiracies, it seems easier to believe they’d pass undetected in London, where we all ignore each other.

A lot of the fundamental conflict in the first book, and flowing as an undercurrent through later ones, is Choi’s familiarity with the online world, social media and such, played against Hobson’s distrust and annoyance towards it. It’s something I see in London – not the distrust of social media, that’s everywhere, but the two sides constantly rubbing against each other, one winning and the other frustrated by that.

Not gonna lie, guys – I live here. It makes the pressure to make it seem vaguely convincing a lot easier to cope with. Many of the areas I set my scenes in are ones I’m familiar with, and if not, I can just go there.

I must admit, in order to write my beloved gallows humour into every situation, I need a certain degree of cynical detachment from horrible things happening. Or at least, an ability to nod at the awfulness then go back to glib normality, rather than being traumatised by it for the rest of the week. London folk seem to have mastered the art of getting back to routine after adjacent non-personal traumas.

I’m an enormous fan of London. As a late-in-life convert (I am from suburban Essex, do not tell anyone), I’ve really taken to the massive great big mess. Its weird mythology, cultures rubbing up against each other, the way it makes flipping between genres mid-scene seem natural because every type of story has been set here at some stage…. Yeah, I’m a big fan.

Although at some point, I really should write the Hobson & Choi Leave London book, just to see what it’s like. 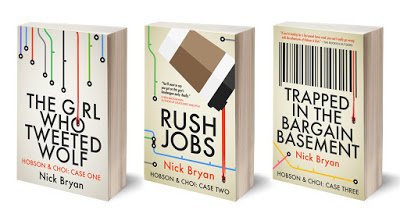 You can any of these fab books here 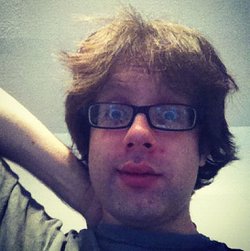 Nick Bryan is a London-based writer of genre fiction, usually with some blackly comic twist. As well as the ongoing self-published detective saga Hobson & Choi, he is also working on a novel about the real implications of deals with the devil and has stories in several anthologies.

He can primarily be found on his own website at NickBryan.com and on Twitter as @NickMB, both of which are updated with perfect and reasonable regularity.

You can buy any of the books in this series here

Or find out which character from Hobson & Choi you are here

A huge thank you to Nick Bryan for a fab guest post!

Also a huge thank you to Faye Rogers for asking me if I would like to invite Nick to Tales!

Have you read any of the Hobson and Choi series?  What did you think?  Are you excited for the fourth book?  I would love to hear from you!  Why not leave a comment using the reply button above or tweet my on twitter using @chelleytoy!