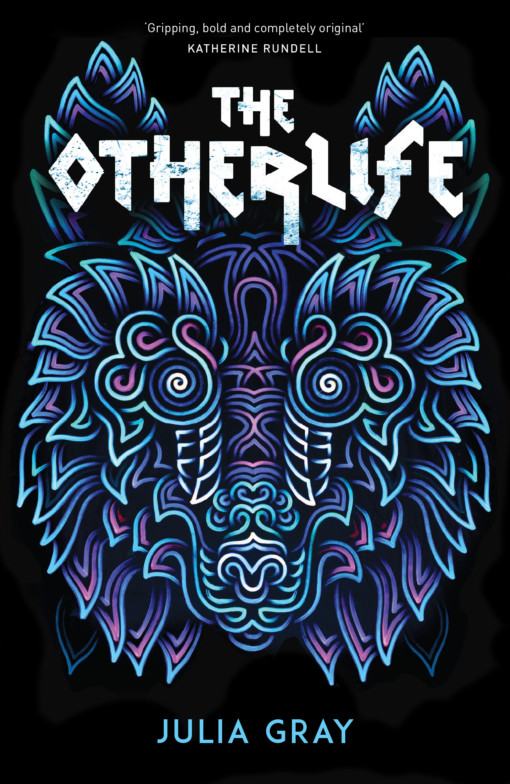 I am super excited to have been asked to be part of the blog tour for this gripping new YA fantasy, The Otherlife by Julia Gray.

The Otherlife was released on the 7th July 2016 published by Andersen Press.

A huge thank you to Harriet for getting in touch and for having me on this wonderful tour.

For my stop on the blog tour and as it’s YALC this weekend Julia is talking about her seven things she’s looking forward to at #YALC! 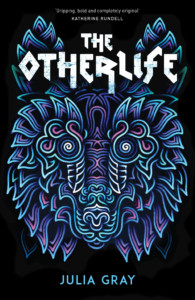 I always get away with it when I try stuff like this. Partly it comes down to sort of assuming that I’m going to. I’ve got loads of confidence. And Loki got away with everything. Well, almost everything.

When troubled, quiet Ben begins at the ruthlessly competitive Cottesmore House, school to the richest, most privileged boys, he is befriended by Hobie: the wealthy class bully, product of monstrous indulgence and intense parental ambition.
Hobie is drawn to Ben because he can see the Otherlife: a violent, mythic place where gods and monsters roam. Ben has unnerving visions of Thor and Odin, and of the giant beasts that will destroy them, as well as Loki, god of mischief. Hobie is desperate to be a part of it.
Years later, Ben discovers his beloved tutor Jason is dead. And he can’t help wondering if Hobie – wild, restless, dangerous Hobie, had something to do with it…

Beguiling, shocking and richly imaginative, The Otherlife is about the darkest impulses within us all.

I have a long shopping list, and fully intend to buy as many books as I can carry.  I read so much on my Kindle that it will be a delight to acquire some physical books for a change. Shelf-space where I live is definitely limited due to previous book-overdosing, but I shall make room…

The first time I went to a book signing it was for Margaret Atwood’s wonderful novel Alias Grace at the Primrose Hill Library; I was positively star-struck. I expect to be similarly stricken at YALC.

The event I’m most looking forward to is at midday on Sunday 31st July: my friend Imogen Russell Williams will be chairing a panel featuring Frances Hardinge, Tanya Landman and Philip Reeve. Definitely one not to miss.

I imagine the Harry Potter Party will also be very jolly.

Not being on a juice fast

Last time I went to YALC, I made the mistake of being halfway through a five-day juice fast. The strange, slightly nauseous light-headedness and general disorientation that result from juice-fasting do not mix well with the babble and hubbub of ComicCon. I remember feeling extremely faint and rather traumatised when I collided with a man in a Hannibal Lecter mask. Never again.

Visiting the Troubadour for brunch (or breakfast or tea)

On a food-related note, I cannot go to the SW5 area without visiting the legendary Troubadour on Old Brompton Road. I love the décor (the iron keys and coffeepots especially); I love the food; I love the pretty, leafy garden. I love that Bob Dylan, Jimi Hendrix and Joni Mitchell have all played there – and so have I, many times, in their gorgeously atmospheric basement. I also held the launch party for my album I Am Not the Night there.

Being ‘in conversation’ with my lovely agent, Louise Lamont.

Because there’s nothing more grown-up or glamorous-sounding than this. I adore talking about the writing process and the way a book comes together, and all the twists and odd directions it takes along the way, and Louise is a magnificent interlocutor. The journey to publication can seem very opaque from the outside, so I am looking forward to hopefully being able to make it a little more transparent.

Being a part of YALC

YALC will be the first major event that I will be attending as an author, not a spectator. The YA community is such a welcoming, inclusive and interesting one – everyone I’ve encountered, from bookseller to blogger, is so open and communicative and passionate about literature for children and teens. I feel very lucky to have been asked, and very privileged to be taking part. 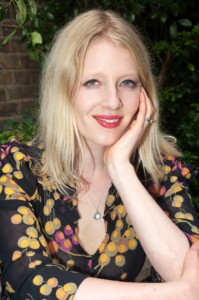 I was born in London and still live there today. I always wanted to be a writer of some kind, though along the way I harboured dreams of being a cartoonist and a professional netball player (position: Goal Shooter). I love words and music, separately and together.

My teenage years were spent writing songs, playing the piano in darkened rooms and listening to Joni Mitchell, Tom Lehrer and Metallica. I co-wrote a musical that whimsically wondered what might happen if Trotsky returned from the grave, and played my first gig at the Kashmir Klub at the age of eighteen.

While studying Classics at UCL I co-founded the trip-hop band Second Person with Mark Maclaine and Alvaro Lopez, and over the next seven years we released three independent albums – Chromatography, The Elements, and Come to Dust. In 2008 I returned to acoustic music and recorded my solo album I Am Not The Night with producer Tristan Ivemy. My followup album, Robber Bride, was produced by award-winning South African producer Paul Ressel and supported by the Arts Council. It was released in June 2014.

I have a post-graduate certificate in Children’s Literature and an MA in Creative Writing from Birkbeck. My debut novel The Otherlife will be published by Andersen Press in July 2016.

You can find out more about Julia on her website – www.thisisjuliagray.com

You can catch up or follow the rest of this fab blog tour at the below stops. 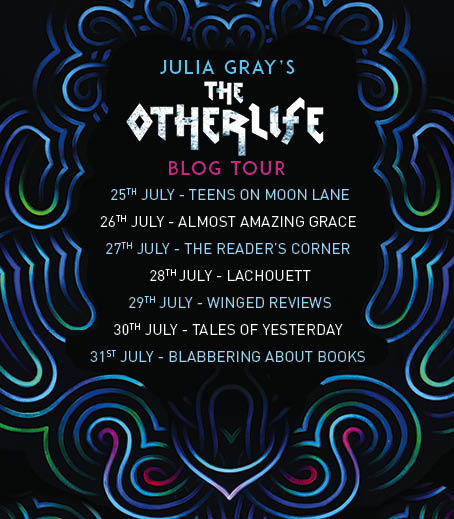 A huge huge thank you to Julia for such a fab guest post and for Harriet at Andersen Press for asking me to take part!

Have you read The Otherlife?  What did you think?  Will you be going to grab a copy?  What are you excited for YALC?  I would love to hear from you!  Why not leave a comment using the reply button at the top of this review or tweet me on twitter using @chelleytoy!