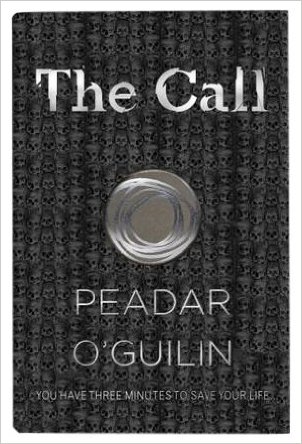 I am super excited to have been asked to feature a fab guest post for this wonderful book The Call by Peadar O’Guilin.

The Call is due to be released on the 1st Septmber 2016 published by David Fickling Books and I have heard the most amazing things about this book already!

The Call is a powerful, genre-changing YA fantasy featuring a rich, dynamic cast of characters and a truly kick-ass heroine! The ‘Ireland’ of Peadar’s fiction is both rooted in reality, the past and the future and the roles of mythology, landscape, poetry and language are central to the action.

A huge thank you to Hayley,Darran and Emma at Ed PR for asking me to feature this post.

So I asked Peadar O’Guilin about unlikely hero’s ……. 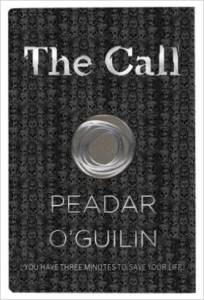 “Prepare to be shocked. In fact shocked doesn’t even cover it… you will be sucked into one of the most extraordinary stories you are ever going to read.”
– David Fickling

Nessa is ten when her childhood innocence is shattered and she learns about The Call; the 3 minutes and 4 seconds that will determine the rest of her life. Every Irish teenager must play their part: some come back ‘Survivors’, some come back deformed, but none come back unchanged.
Teenagers across Ireland train vigorously in preparation for ‘The Call’. ‘Survivors’ document their stories in the Book of Conquests but as everyone’s experience is different, no one truly knows what to expect and no one imagines Nessa, the girl with crooked legs, will survive. Not even her parents.
But Nessa is determined to prove them all wrong. Targeted as the weakest student during practice drills, she develops ingenious ways to outwit her hunters. As her fellow students are ‘called’ one by one, and the boundary between the Ireland that she knows and the world of the Greylands grows ever closer, Nessa fears, not only for herself, but for her friends, ferocious Megan and sweet Anto. As she waits for the inevitable, will Nessa have done enough? Will she find a way to survive THE CALL or is her fate sealed before she’s even begun?

It’s a strange name for a blog post isn’t it? 10 Unlikely Heroes. I mean, by definition all heroes are unlikely. Their job is to achieve the impossible. For example, we never hear of St. George and the tiny, but aggressive piglet. No! To become a legend, he had to defeat a dragon…

And yet, heroic challenges don’t always manifest themselves as exciting mythological beasts. Some people with depression achieve the impossible just by getting up in the morning. Others fight and fight to learn how to walk after a stroke, or to pass exams in an atmosphere of prejudice and disdain.

These are the real unlikely heroes, but it would be wrong to assume nobody writes about them. There is a whole industry of “issues” books. Stories specifically about people struggling with medical conditions and disabilities and societal prejudice.

For example, there’s Sarah Crosson’s incredible “One” about conjoined twins. This year it deservedly swept every award in the universe. 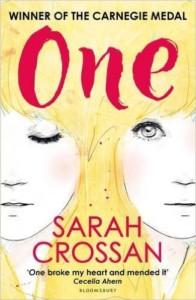 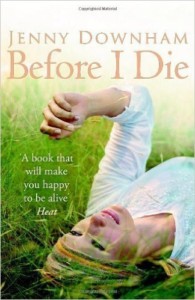 And I’ll never forget how much I laughed reading Brian Conaghan’s “When Mr. Dog Bites”, where the plucky protagonist makes his way in life suffering from Turretts Syndrome… 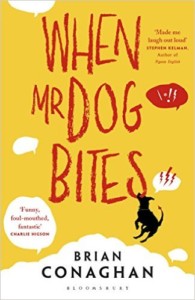 “Issues” Books are fantastic, necessary and important. They are beloved of parents and critics and schools. Some of them are among the best things I have ever had the pleasure to read. But you’ll never catch me writing one, because, I, my friends, am an author of adventure stories. I want danger and terror and excitement. I want hordes of monsters to tear through the town, leaving chaos and horror in their wake, and the only person who can stop them, the only one who would dare is…

St. George? Must it always be a St. George type?

When I bring down the apocalypse, the people who inhabit the pages of the “issues” books aren’t just going to sit there waiting to die. There’ll be boys with Turrets and girls on crutches, who will want to live with just as much intensity as the body-builder types and the sports stars. Their odds will be steeper, but they’ll fight hard and if they succeed, if, wouldn’t that make them even more heroic than those for whom it was easy?

Well, here I am. I’ve written an adventure book with just such a character, a character I love dearly. So, when I was asked for a post about 10 Unlikely Heroes, I thought, “Yes, this is going to be easy!” Off the top of my head, I thought of I, Claudius with its lame and stuttering hero. I thought of Lois McMaster Bujold’s Miles Vorkosigan with his “chalk-stick bones, friable as talc”… And what about Tyrion Lannister? These three triumph over dangerous, violent circumstances. Over sneering enemies and a world designed only to crush such as they. They’re brilliantly written and engaging personalities that no reader can help but fall in love with.

But then, I realised I’d come unstuck. Because, all three are men — nothing wrong with that, I’m made that way myself. But still. Really? I can’t think of any women at all? Also, none of the works I’m talking about here count as YA. I mean, I can name a dozen YA books with unlikely heroes off the top of my head, but they are, as I said above, “issues” books, and I’d love to be able to recommend some absolutely corking adventure stories that feature characters with disabilities, but that are not about the disabilities themselves.

So, I throw myself at your mercy, dear readers. Please, what do you suggest? 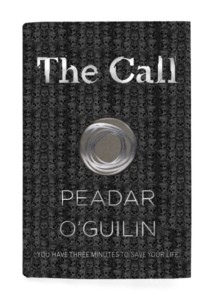 The Call by Peadar O’Guilin is published by David Fickling Books on the 1st September price £10.99 hardback 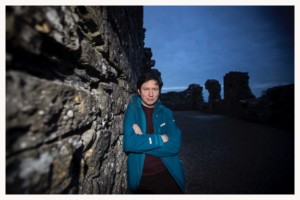 PEADAR O’GUILIN is a powerful and original new voice in YA Fiction but has been writing curious stories for as long as he can remember. He attended the same boarding school as James Joyce in Co. Kildare and since then, he has written plays, published short stories, and performed as a stand-up comedian.

Language, landscape and the history of ancient Ireland are important themes for Peadar and after brief forays living in Milan and Venice he returned to his native Ireland and now lives just outside Dublin

You can find out more about Peadar on his website – www.peadar.org

You can follow or catch up of the rest of this fab blog tour at the following stops!

A huge huge thank you to Peadar for such a thoughtful guest post and to Hayley, Darran and Emma at Ed Pr for organising!

Have you read The Call?  What did you think?  Are you intrigued?  Which unlikely heros would you suggest to Peadar?  I would love to hear from you!  Why not leave a comment using the reply button at the top of this review or tweet me on twitter using @chelleytoy!