Home Contemporary Guest Post – Why Is London Such A Rich Source Of Inspiration To Writers? by Natasha Farrant 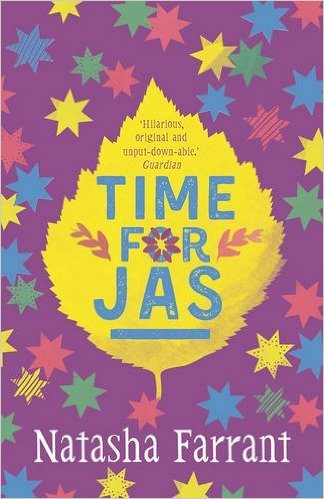 I am super excited to have the wonderful Natasha Farrant on Tales today to mark and celebrate the release of Time For Jas, the fourth book in The Diaries of Bluebell Gadsby series which was released on the 4th August 2016 published by Faber Childrens.

A huge thank you to Hannah at Faber for sending me a copy of the book and for organising this fab guest post today!

So today Natasha Farrant tells Why London is such a rich source of inspiration to writers…. 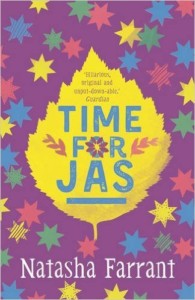 Bluebell and her siblings are beginning a new school year. Suddenly everyone is freaking out. Twig has taken up violent team sports, poor Jas is being bullied by the ghastly Cupcake Crew and Blue has a big decision to make.

There are fights and crying fits. Halloween parades gone wrong and secret graffiti artists. Confusing friendships and life-changing choices. But there is also laughter and above all, there is love – and that’s what being a family is all about.

Why Is London Such A Rich Source Of Inspiration To Writers?

My mother was nineteen years old and newly married when she arrived in London from France.  She grew up in La Rochelle, on the Atlantic coast.  Tales of her childhood include stories of camping out on the deserted beaches of the now fashionable, then undiscovered île de Ré.  Alone in a foreign city in the days before Easyjet made going home a short hop, with a husband at work all day, she was horribly homesick, and more than anything she missed the sea.

“So I used to come here,” she told me once as we walked through Hyde Park. “And I swam in the Serpentine, and pretended I was at the beach.”

London, I often think is not so much a place as a state of mind.

One evening, in the week before the Referendum, I stood outside my local Tube station for three hours, handing out leaflets.  I came away feeling exhilarated, almost dizzy, by the diversity of people I had seen. People of every faith and colour, speaking every language, people able-bodied and in wheelchairs, sighted and blind, people young and old and every age in between.  I saw a man in a sharp-dressed suit go into a shop to buy a sandwich for a homeless teenager.  I saw the woman who made my wedding-dress twenty years ago, who told me she’s studying for a Masters in Fine Art. I saw an ambulance crew rush in to resuscitate a man who had fainted.

I saw them because I was standing still.  I don’t think anyone else noticed.

Earlier this summer, with time to spare before a meeting, I stepped over a barrier along the edge of the Victoria Embankment and wandered out onto one of the old stone jetties to photograph the river. Londoners do love the Thames, and it was looking particularly beautiful that morning. I took out my phone and photographed east and west, and it was only as I turned to go that I realised the heap of cloth on the ground was a man in a sleeping-bag.  I walked away, thought better of it, came back, tried to give him money.  He refused it, polite but angry, and I left feeling shaken – angry with myself for not noticing, upset that I had angered him – but also curious.

What was his story? Why was he there?

Get onto any bus, and if you could hear all the stories being told your head would spin.  The old Kensington lady who remembers the Blitz, sitting beside the elderly gentleman heading to the mosque who came here to escape a different war. The Eastern-European au-pair, as homesick as my mother was, determined to learn English at any cost; the bewildered couple visiting from out of town on their way to a theatre, the gobby school-kids jostling for position, the exhausted office worker with her bag of grocery shopping heading home to – what? Kids? An elderly parent? More work after a solitary supper?

For an environmentalist friend, London is a treasure trove of ancient orchards he is trying to revive. For a lawyer friend, it is late-night taxis. For the Romanian labourers working next door it is sweat and dust and a long commute back to an overcrowded room.  And did you know that at the Hampstead Ladies Pond, old ladies wander about topless? That the stag-beetle is globally endangered but going strong in South London?  That, for reasons I have never enquired about, there is a pigeon-hole in my local Post Office collecting office labelled The Dracula Society?

“I soon learned,” my mother told me, “that in London you can be whoever you want to be, and nobody cares.”

Nobody cares.  The mixed blessing that makes London what it is.  Nobody cares, so you can be free. Nobody cares, so you can be lonely. A place of dizzying wealth and abject poverty, a world player and a network of villages, a city steeped in history where almost everybody is hustling for a better future.  No two people you speak to will have the same opinion of what it means to be a Londoner, and that is what makes it such a rich setting for a story.

In a city where you can look at the Serpentine and imagine it’s the Atlantic Ocean, anything is possible.

Also check out a previous Q&A with Natasha Farrant here 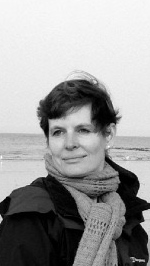 I am one of those rarities, a Londoner born and bred.  And like most true Londoners, I’m not completely English, but three-quarters French with a little bit Dutch thrown in.  I can’t imagine living anywhere else, though I would like a horse, a big old house with a secret passage or two, a fig tree, a walnut tree, lots of dogs and a vista of rolling hills on one side and the sea on the other.  All of which are sadly incompatible with both life in the city and my income.

I have two teenage daughters, Justine and Lily, who provide endless inspiration for my books.  I am pleased to say inspiration works both ways. One of them has dyed her hair pink, and the other has taken to hanging out on the roof in the middle of the night.

The “person” I talk to most is my tortoiseshell cat, Amber.  This is because as a writer you spend a lot of time alone, which makes you go slightly mad.  Amber repays me for my conversation by trashing my house.  Soon we are goig to buy a dachshund puppy called Blue, and presumably he will be equally destructive.

I get very grumpy if I don’t have a good book to read, if I’m not writing, if I’m hungry, tired or don’t get enough exercise.  Otherwise I am a generally cheerful person.

You can find out more about Natasha on her website here

A huge thank you to Natasha for an absolutely a brilliant guest post and to the lovely Hannah at Faber for asking me to feature it.

Have you read Time For Jas or any of the Bluebell Gadbsy books?  What did you think?  Has London ever inspired you in any way?  Do let me know!  Why not leave a comment using the reply button at the top of this post or tweet me on twitter using @chelleytoy !