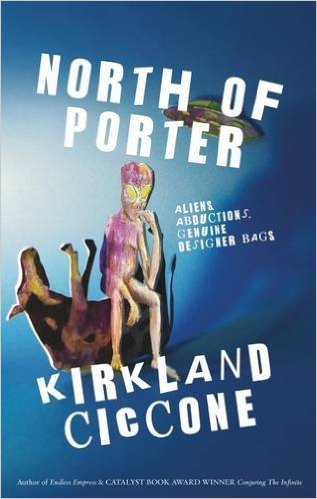 I am super excited to be a part of the UKYA Extravaganza Blog Tour again and today I have been paired up with the awesome Kirkland Ciccone!

This time around the UKYA Extravaganza is taking place in Newcastle on the 17th September 2016 and is featuring all of these amazing authors! 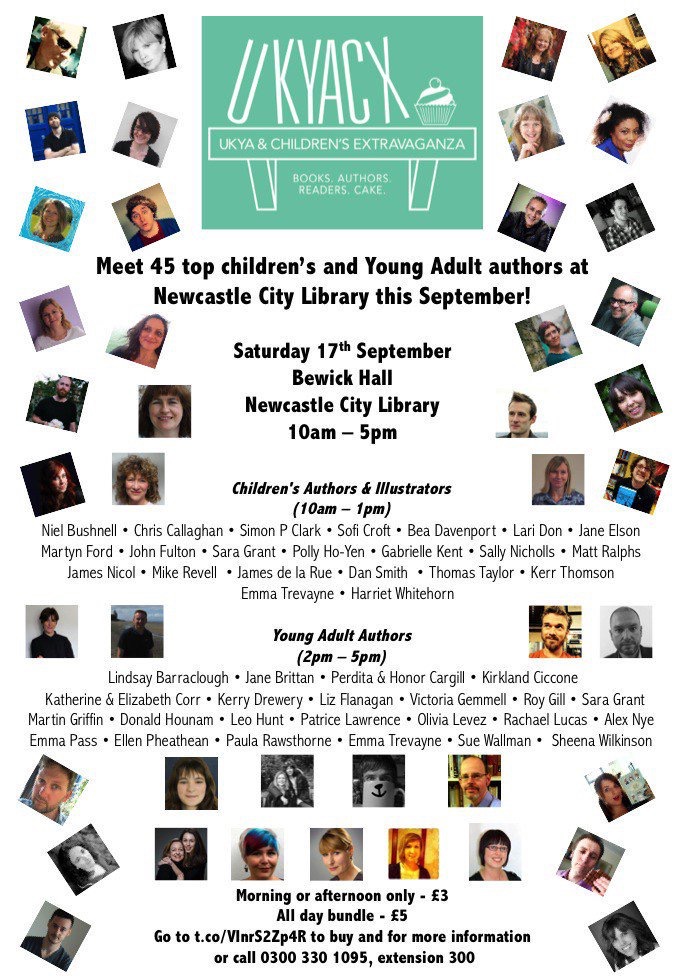 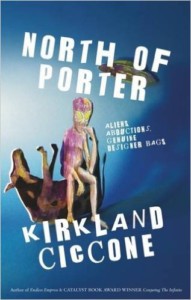 Aliens. Abductions. Genuine designer bags. This darkly comic Young Adult mystery has them all. Teenager Porter Minter arrives in Castlecrankie in a car that has no door handles. In the boot is a suitcase. In the suitcase is a boy. In the boy is the future and the past. The Armpit of the Universe wasn t Porter s destination of choice, and he s shocked by what he finds there. Teenagers are disappearing. JFK is skulking in the schoolyard. Crop circles are appearing. Perhaps Porter and his scheming parents aren t the town s only new arrivals. Armed only with a genuine designer bag and his razor-sharp wit, Porter sets out to confront evil…and look fabulous. 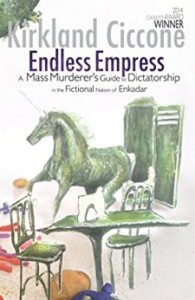 When a group of teenage misfits create a daydream kingdom to escape their humdrum lives, they set in motion a chain of events that leads to lunacy and murder. A reporter plots revenge in a grubby cafe. A crazy teenager is being pressured to slay a monster. Dragons wait at the edge of time, while a unicorn waits by the bingo.  And why is the bus always in the wrong lane? These events are all linked to the mysterious ruler of Enkadar. She is The Endless Empress. And she is forever. 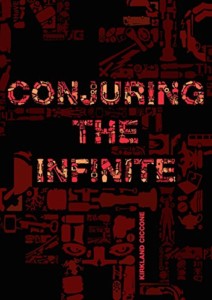 Winner: Catalyst Book Award 2014. The residents of The Cottage care unit are in mourning for the loss of the dazzling and outwardly faultless Seth Kevorkian. After the funeral the truth unfolds. For Seth was no ordinary teenager. He was a disciple of an ethereal power. And his fixation with conjuring The Infinite drove him to terrible acts. It might even have driven someone to kill him.

So when I was paired with Kirkland I knew I was in for a treat!

We wanted to do something a little different…..

So Kirkland wrote a mini story…..

Featuring yours truly and of course Kirkland!

Does anyone remember the film What Ever Happened To Baby Jane? 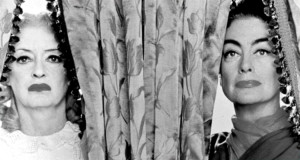 Well the story is based on this!

Chelley and Kirland live in a crumbling Waterstones – a former superstar blogger Chelley Toy (Kirkland’s words not mine) and cult YA author Kirky Ciccone – and we fight constantly!

Whatever Happened To Kirky Ciccone?

Whatever Happened To Kirky Ciccone?

AN EXCLUSIVE TALE BY KIRKLAND CICCONE FOR UKYACX which takes place on September 17th at Newcastle Central Library.

What Ever Happened to Kirky Ciccone? is a 2058 British psychological thriller film produced and directed by Emma Pass and Kerry Drewery, starring Kirkland Ciccone and Chelley Toy, about a blogger forced to live in an old abandoned branch of Waterstones with an aging cult author. He is insane. She is not.

In the old Juvenile section of Waterstones in Argyle Street (before the Great Bake Off Wars decimated most of the nation) ex-blogger Chelley Toy looks around wistfully at the decaying shelves crammed full of dusty books. In front of her is an old iPad, which she can’t work properly because she prefers to have keys under her fingertips and not a cracked old screen.

KIRKY, dressed as a deranged old French Art student even though he can’t speak French and is terrible at art, runs up the staircase, shoving a bust of The Gruffalo aside with a shrieking melodramatic scream. He is as ubiquitous as an Ed Sheeran song at a wedding…or an Elton John song at a funeral.

KIRKY: What are you doing? Tell me!

CHELLEY: I’m writing another post for my new blog. I think it’s a good one this time!

KIRKY: You better not give me a bad review you rotten bitch!

CHELLEY: I would never give you a bad review, Kirky.

CHELLEY is a liar. While placating KIRKY, her fingertips brush against the DELETE button on the screen, swiftly erasing the bad review she’d wrote about KIRKY’S new book. She smiles and opens a packet of Maryland chocolate chip cookies.

KIRKY: You’ve poisoned them haven’t you? You want me to suffer! Oh I can’t bear it anymore. Where are the Juno Dawson books? Let me burn them so that I may feel better about myself!

CHELLEY: No…please…not the Juno Dawson books! I still haven’t recovered from the time you flushed my David Tennant photo album down the pan!

CHELLEY’s hand reaches down past the iPad towards the baseball bat she has stashed away for emergency head-cracking. KIRKY burned her favourite PHILIP PULLMAN books last week after she offered him her last Rolo.

CHELLEY: I’ve written loads of them! It’s just a pity there aren’t anyone left in the world to read them. I’ll never forgive Mary Berry for the war.

KIRKY: I once tried to bake a cake in the microwave…

CHELLEY: Really? Oh I’d love that. Here you are!

CHELLEY hands over her old iPad to KIRKY. He reads it quickly, then he raises an eyebrow so high it almost touches the back of his bum.

KIRKY: This is a bad review of my new book!

CHELLEY: Damn! I pressed Standby instead of Delete!

KIRKY smashes the iPad over CHELLEY’s head. She staggers across the room, spinning like a Dalek at the dodgems.

CHELLEY kicks her favourite reading chair with enough force to send it shooting across the bookshop. It connects with KIRKY who screams like a deranged French Art student who has just been told that he failed his French Art exams. KIRKY jumps up and pushes a shelf so hard it topples over, pinning CHELLEY to the floor. She isn’t too upset as the shelf had a lot of Point Horror books on it.

CHELLEY: Kirky…there’s something I need to tell you.

KIRKY leads forward and listens as CHELLEY whispers a secret in his ear.

CHELLEY: I caused the Great Bake Off War. It was me all along. Not poor Mary Berry.

KIRKY covers his mouth with both hands, stifling a scream of horror. This has changed everything.

KIRKY: You mean all this time we could have been friends?

CHELLEY: No. I’m a blogger. I can’t be friends with authors. Impartiality, y’know?

For a moment it seems like KIRKY might bash CHELLEY with a copy of his favourite book ever: COLLEEN NOLAN’S BEAUTY SECRETS. But he values it too much because it helps him find the inner beauty that only COLLEEN NOLAN possesses. Instead he lifts something else and offers it to CHELLEY as a gesture of peace.

You can buy Kirkland’s books here 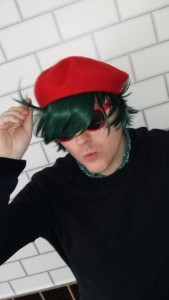 WINNER OF THE CATALYST BOOK AWARD 2014 – Conjuring The Infinite

Kirkland Ciccone writes and performs quirky one man shows for any theatre or venue lucky enough to have him. It wasn’t always this way though. He left school bored and restless, plotting to become a journalist until the time came for him to make a choice – performing arts or writing stories about jumble sales. Fact, in Kirkland’s case, is always weirder than fiction. He has written for cool music ‘zines such as This Is Fake DIY, Rock Louder, Neu Magazine, and Subba Cultcha. His previous shows include In Bed with Kirkland Ciccone, The Dead Don’t Sue, A Secret History, Kirkland Ciccone Plays Pop and others.

Conjuring The Infinite is his first novel.

His latest novel of quirky YA fiction is North of Porter, a tale about a boy who takes on the world armed only with his sharp wit…and expensive designer handbag!

Kirkland lives in Falkirk with his dog Lord Fanny.

For news on upcoming novels, events and general juvenilia:

And don’t forget to buy tickets for this fab event! 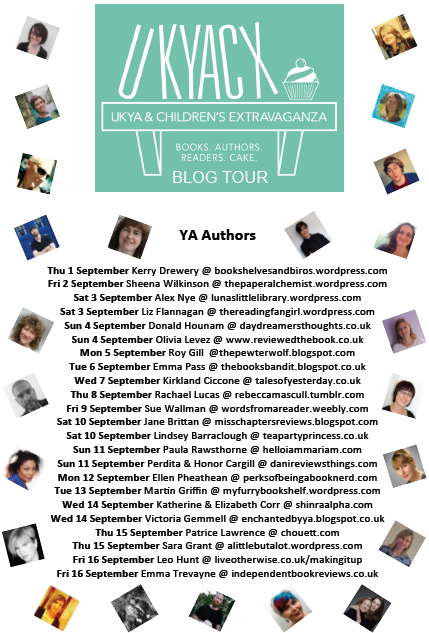 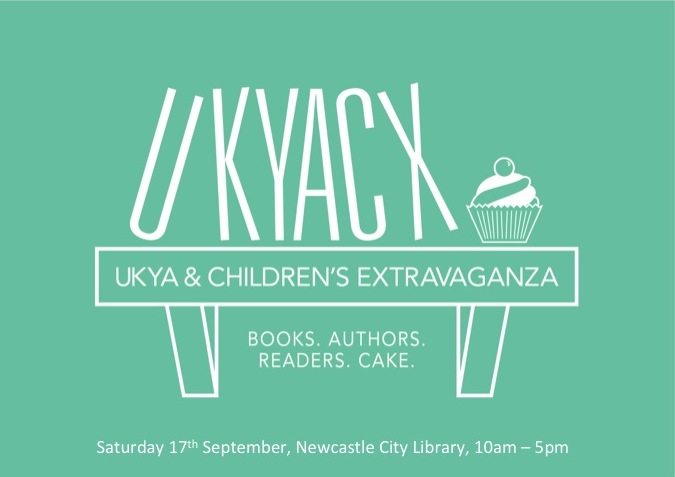 A huge thank you to Kirkland for being fab and for a brilliant post and for sending me a copy of his awesome books!

Also a huge thank you to Kerry Drewery and Emma Pass for organising the UKYACX Extravaganza and having me on the blog tour!