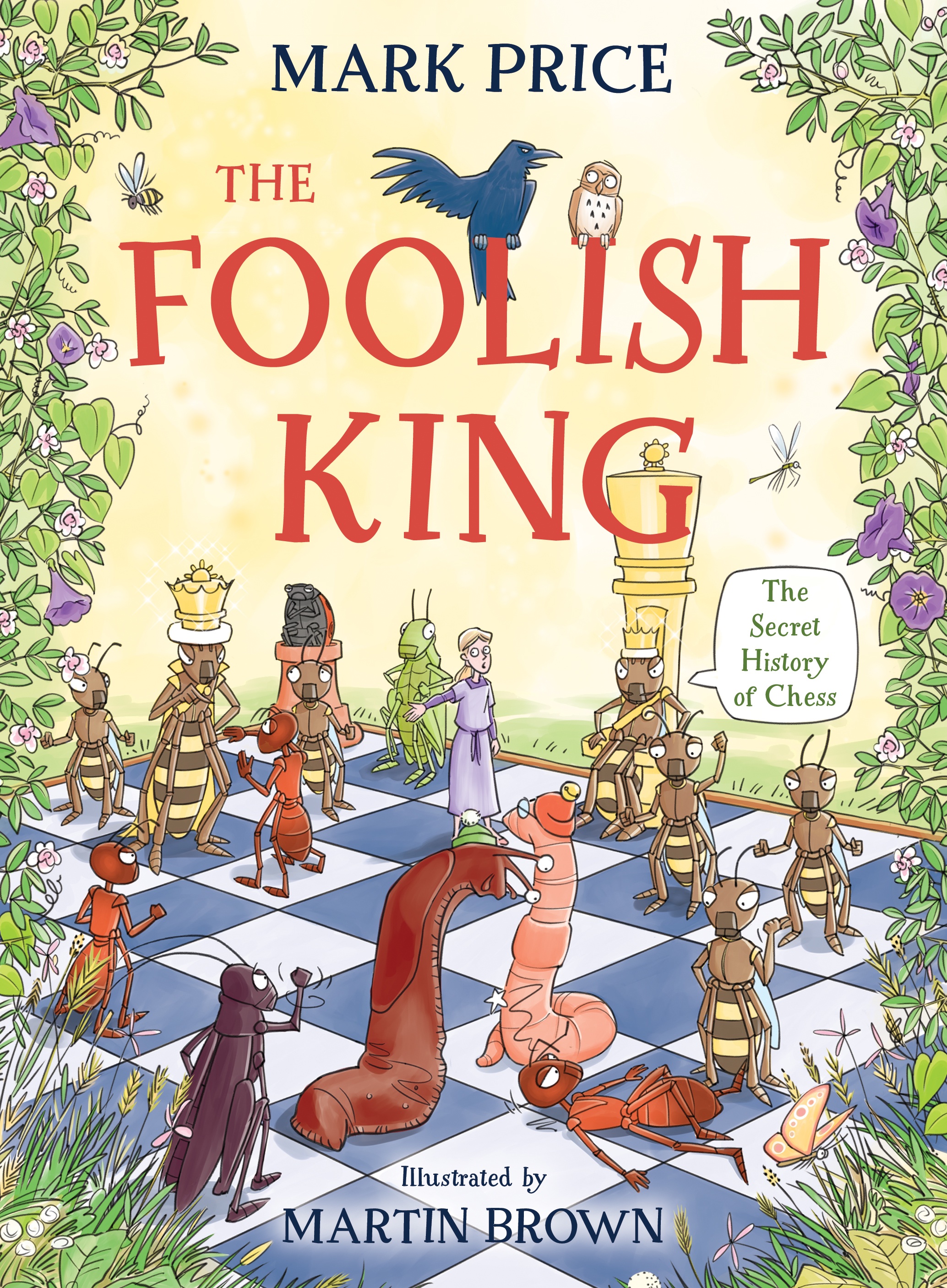 LONG, LONG AGO, when kings ruled the land, dragons filled the sky and magic still existed, two small children stumbled upon the game of chess. This is your chance to discover it with them …Join PIP and HOLLY on a magical fairy-tale adventure and become a CHESS MASTER.

Packed with INTERACTIVE PUZZLES and GAMES, and clear instructions and tips on how to improve your technique, this book is a must have.

It’s estimated that chess is played by 500 million people in 167 countries and now you can help to create the next generation of chess champions with The Foolish King. The book is the perfect gift for young children to learn how to play one of the world’s most popular games and it’s guaranteed to keep them entertained for hours!

The Foolish King teaches children the chess moves and rules through a fabulous story, with the witty and whimsical illustrations bringing to life the characters. There are fun interactive puzzles to practice the different moves and the ultimate chess game to follow as part of the story.

There is also an interactive, smartly-designed iPad app that is ideal for children aged six and above. Using the same story and Martin Brown’s illustrations, it features clear tutorials, tips on how to improve your technique and suggestions for chess moves to try. There are one and two player game options, three different levels (easy, medium and hard) and the ability to play a friend either side-by-side or opposite each other as on a traditional board. The Foolish King app will be a superb companion to the book. 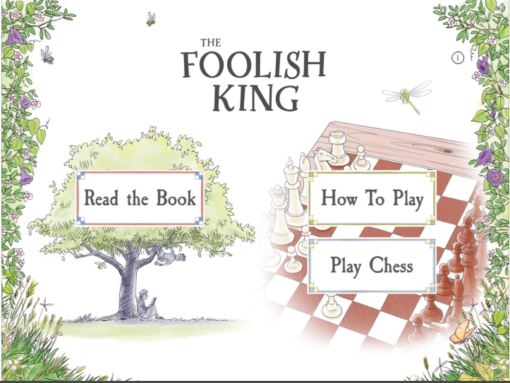 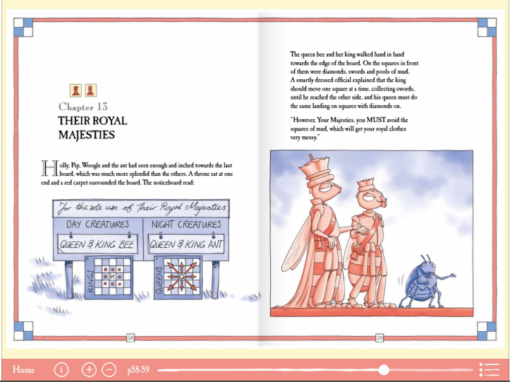 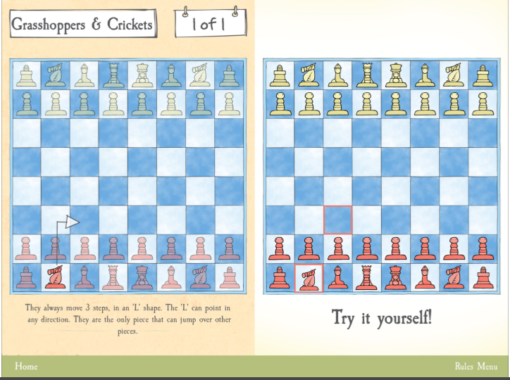 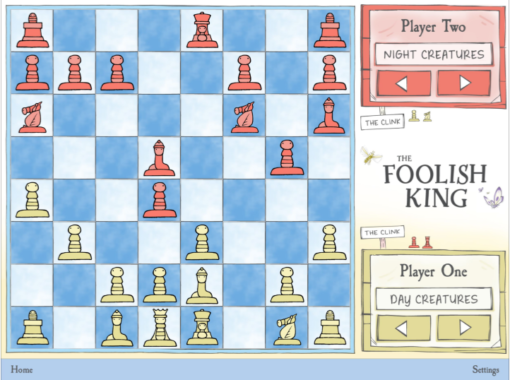 THE FOOLISH KING: The Secret History of Chess publishing in hardback from David Fickling Books on 1st September 2016, £10.99

Learn chess basics through ‘How To Play’ tutorials

Play chess with the insects and bees from the story

Play against the computer or your friend

Help and prompts when playing chess

I was sent a copy of this book to review by the wonderful Laura at David Fickling Books!   This does not affect my review or my opinions in any way and am delighted to write an honest review.  Thank you for sending this to me to read!

Now I am the first one to admit I am really not a chess player.  I have never understood it throughout my whole life.  Even when it’s been explained to me time after time after time I could never get the hang of it.  Give me a good old game of simple draughts any old day I would say!  So when the opportunity came around for me to receive a copy of The Foolish King for review and hearing how the author, Mark Price, wrote it for his daughter to help her learn to play chess I thought I would give it a shot.

I was pleasantly surprised by this book.

The book tells the fictional story of the village of Stur and how, upon the King’s death his son King Parip rules the land.  A greedy, mean and jealous man who with Crow by his side runs the village into the ground until there is no food, no gardens or crops and no insects.  When there is only one pear tree left in the land and with the King threatening to chop it down Pip & Holly know they must do something before it’s too late!

The story reads like an old fairy-tale and brings to life the village of Stur and it’s characters.  As the book progresses Pip and Holly realise that they will have to learn a new game, chess, to try and help safe the village and their beloved pear tree.

The illustrations by Martin Brown are stunningly beautiful on each and every page and really bring the story to life before your eyes.  And the interactive parts of the book with various chess boards and puzzles were perfect.

What I loved about this book was the step by step guide that it takes you through with learning the different chess moves.  The traditional chess pieces are replaced with insects but this is clearly labelled at the front of the book as to which piece is which.  There are explanations, tips on playing chess and little puzzles to try out the new moves you have learnt as you go along.

I found myself fully absorbed in this book and concentrating not only on the story but trying to remember the moves and learn them all in the process ready for me to try the app out on a real game of chess.  It amazed me how simple Mark Price made chess seem through the way he tells the story and the explanations.  I always thought it was so complicated, but it felt understandable to me completely.

I went into a game of chess at least knowing the moves and giving the computer a run for it’s money…..yes I know I lost three times, but I’m still learning and I at least felt like I knew what I was doing some what.

This book and/or the app is aimed at younger children, but I think it would make a good family read and with the app alongside it fully enjoyable and super fun.

In fact my son has ran off with the book to read as soon as I put it down…..he thinks he can defeat me at chess……NEVER!

I award this book 4 out of 5 Tales Of Yesterday Books! 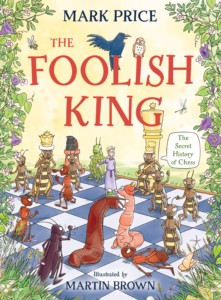 THE FOOLISH KING: The Secret History of Chess publishing in hardback from David Fickling Books on 1st September 2016, £10.99

You can buy a copy of The Foolish King here

You can see Mark Price talking about the making of THE FOOLISH KING here https://www.facebook.com/profile.php?id=100012536020540

Mark Price joined the John Lewis Partnership in 1982. He spent 17 years on the board of Waitrose, becoming Managing Director in 2007 and held this post until 2016. He was also Deputy Chairman of the John Lewis Partnership from 2013. Mark was appointed Chairman of Business in the community in 2011 and Chairman of the Prince’s Countryside Fund in 2010. In 2016, Mark was appointed Minister of State for Trade and Investment and a life peer. He will publish a number of books during 2016 and beyond 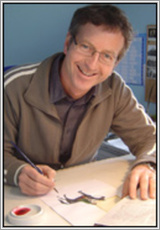 Martin Brown is best known for his illustrations of the best selling Horrible Histories series. He has also written and illustrated Lesser Spotted Animals, published by David Fickling Books.

Have you read The Foolish King?  What did you think?  Has this review convinced you to pick up a copy and read and learn how to play chess?  Will you buy the book or the app or both?  I would love to hear from you!  Why not leave a comment by clicking the reply button at the top of this page or tweet me on twitter using @chelleytoy