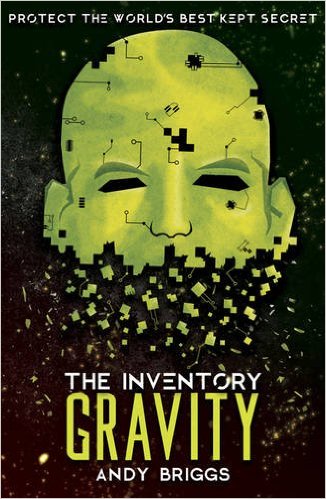 Today I am super excited to have the super talented Andy Briggs on Tales again, this time to celebrate the release of the second book in The Inventory series, Gravity!

Gravity was released on the 6th October 2016 published in paperback by Scholastic and is set to be a brilliant MG Sci-fi sequel to Iron Fist which was released earlier this year. 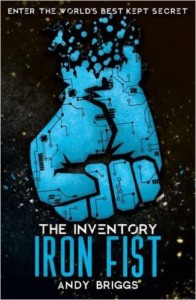 So sit back and relax and read all about Andy Brigg’s favourite fictional worlds….. 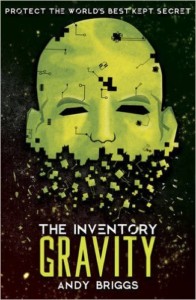 Eeek! Think that’s a monster? Nope: it’s a person. What terrible weapon could do this…? Errr – well, that used to be top-secret. Problem: it’s not quite so secret anymore. Dev messed up big time the day he let the ruthless Shadow Helix gang into the Inventory. What is the Inventory, we hear you ask? Well, it’s the secret lockup for all the deadly battle tech the world is NOT ready for. Which is why letting it get nicked was a REALLY BAD IDEA. Now the Shadow Helix have Newton’s Arrow: a terrifying weapon that messes with gravity, causing … well, you get the picture from this book’s cover. Dev and his mates HAVE to get it back – even if it means crossing the entire globe. To stop this evil, no trip is too far!

Dipping a toe into another world is my idea of relaxing. To walk in another’s shoes through uncharted territory is as close to an explorer I’m likely to become. With a huge range of wilder lands out there, I thought I’d take you into a few of my favourite realms.

Enter Terry Pratchett’s Discworld. The flat land, balanced on the back of four giant elephants soaring though space on an enormous turtle. What is there not to like? I have a complete set of Discworld books and they remain a treat to dip into every now and again. While it echoes our familiar world, with the parody dialled up to eleven, that is not quite what lures me to this exotic land. I enjoy seeing how Discworld evolved from the first book, The Colour of Magic. Ignoring the wonderful characters and stories, it’s a real treat to see how Sir Terry refined the world with each subsequent book. While I adore Tolkien, there is a feeling that Middle Earth was meticulously planned from the beginning and the stories would never deviate from that path. History had been set. While with Discworld, history evolved with each subsequent story which somehow made me, as a reader, feel as if I was part of the world building. 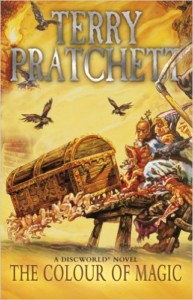 While on the subject of fantasy worlds, I have always been a fan of Terry Brook’s Shannara series. A wonderful fantasy realm which I encourage you all to check out. That said, my favourite hybrid world of Brook’s comes in the superb Magic Kingdom for Sale, Sold. Love it! 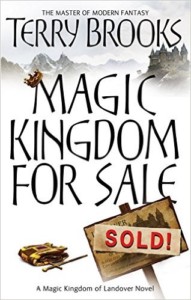 When it comes to futurism and dystopia, there can be none better than William Gibson. The daddy of cyberpunk, Gibson creates not only a terrifying world, but offers insightful glimpses of what technology is actually capable of (and in some instances we are almost there), but also what a world would be like if humanity took a backseat. 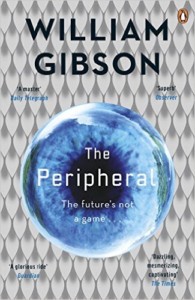 I have to drop Star Wars into this list as it is one of the few worlds that has crossed every media – comic, books, films, TV shows, games…. And bathmats. It is such a perfect example of how a new world can be created and populated by countless contributions that span across the fictional world’s history. From relatable characters, such as Luke Skywalker, to those charismatic space pirates we’d all like to be (Solo, of course), Star Wars is, in my mind, the grand-daddy of all fictional worlds. 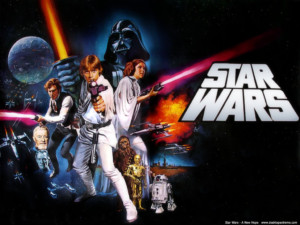 And that makes me wonder… where do we go next? That is one of the joys of being a writer, but I feel it is a joy that is shared with the reader. When it comes to fictional world building it is the author and reader who, hand-in-hand, make it work. So, where shall we go next?

You can buy a copy of Gravity here or from your local book shop!

Or why not add it to your Goodreads wish list here! 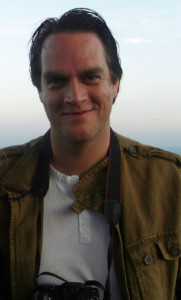 YA Under My Skin & Luna’s Little Library

Tales of Yesterday & YA Yeah Yeah

It Takes a Woman & Sister Spooky

MG Strikes Back & Read it Daddy

Snuggling on the Sofa & Live Otherwise

A huge thanks to Faye Rogers and Scholastic for having me on this fab tour and sending me a copy of the book and to Andy for such a fab guest post!

Have you read any books by Andy Briggs?  Does the Gravity sound up your street?  What are your favourite fictional worlds?  I would love to hear from you!  Why not leave a comment using the reply button at the top of the page or tweet me on twitter using @chelleytoy !