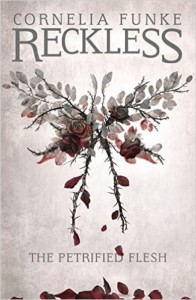 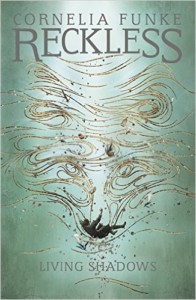 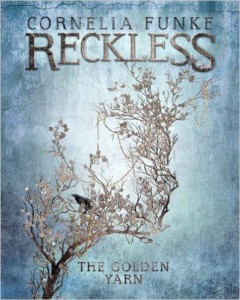 I have been lucky enough to be asked by the wonderful people at Pushkin Press if I would like to host a twitter chat with the brilliant Cornelia Funke to celebrate the release of the third book in the Reckless series, The Golden Yarn.

I jumped at the chance and with kind permission of the lovely Rachel who host #SundayYA I am hosting the chat on Sunday 30th October at 6pm! 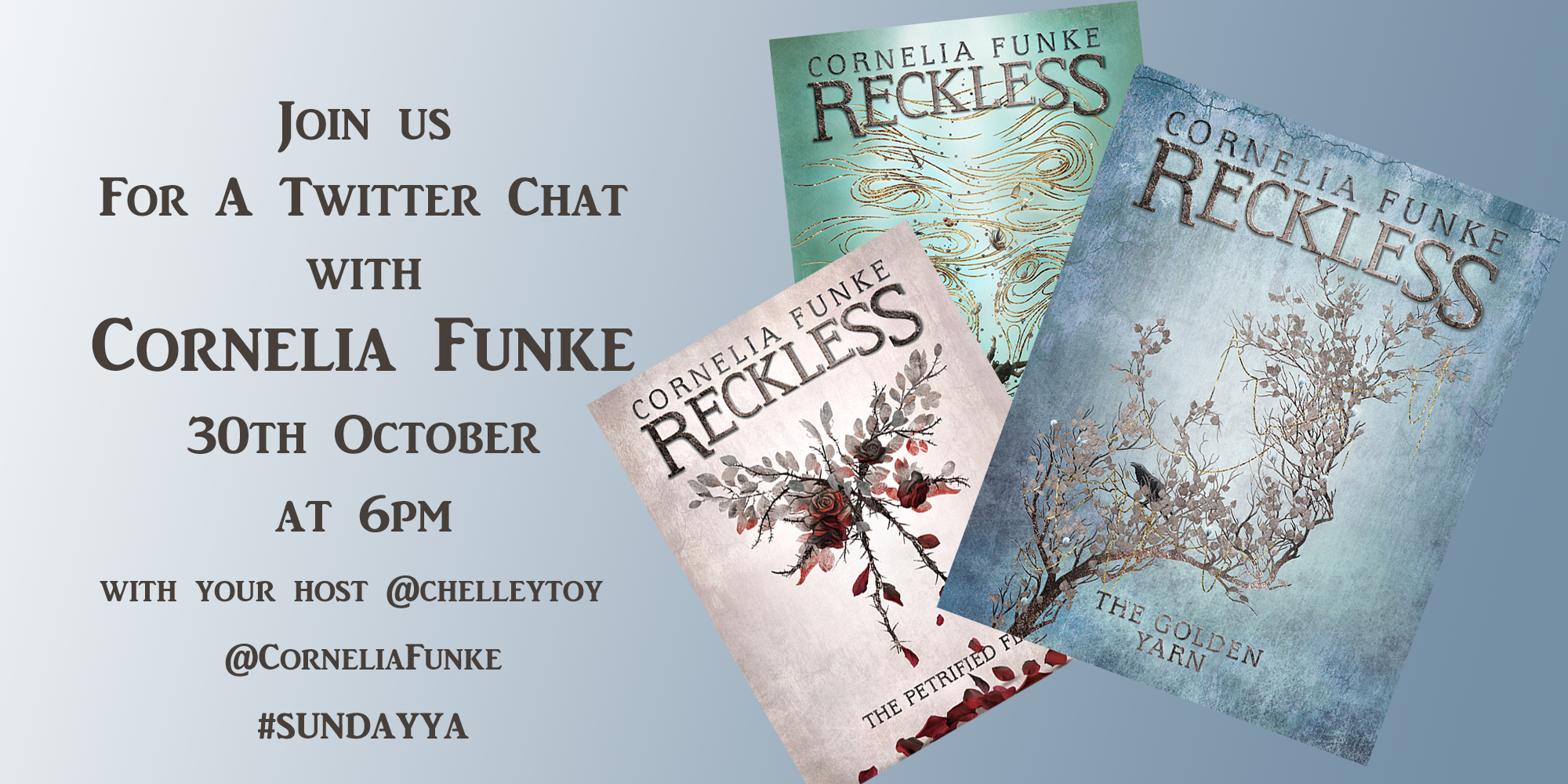 I thought it would be nice to share a bit about the Reckless series and it’s wonderful author, Cornelia Funke, to either give people a taste of the books and what the chat will be about or to refresh peoples memory about a wonderful series. 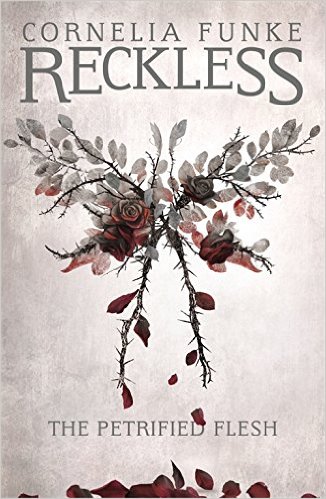 Reckless I: The Petrified Flesh (Mirrorworld)

Jacob has uncovered the doorway to another world, hidden behind a mirror. It is a place of dark magic and enchanted objects, scheming dwarves and fearsome ogres, fairies born from water and men born from stone.

Here, he hunts for treasure and seeks adventure in the company of Fox a beautiful, shape­shifting girl, who guides and guards him.

But now Jacob s younger brother has followed him into the mirrored world, and all that was freedom has turned to fear. Because a deadly curse has been spoken; and Jacob must risk his life to reverse it, before his brother is turned to stone forever… 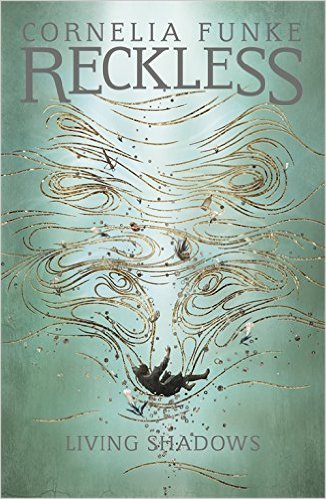 Jacob has saved his brother from the Mirrorworld, but now he will pay a terrible price. A fairy s curse is burning in his heart, and to break the spell he must embark upon a perilous journey with his trusty friend Fox by his side to seek out the only treasure that could save him.

Jacob’s search for the golden crossbow will lead him across hundreds of miles by land and sea, to an invisible, enchanted palace within the Dead City. It will bring him face to face with vicious beasts, bloodthirsty giants, and a deadly stone­faced rival. 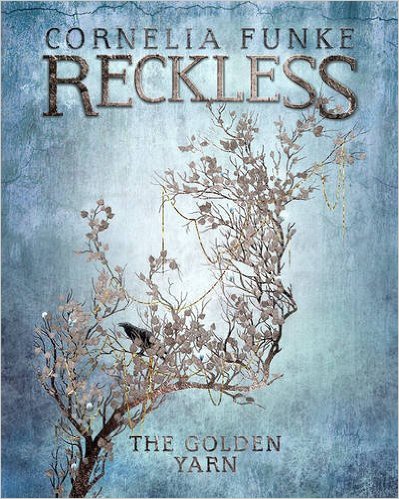 THE WORLDS ON EITHER SIDE OF THE MIRROR ARE ABOUT TO COLLIDE. AND THERE’S NOTHING JACOB CAN DO TO STOP THEM.

After a perilous encounter with an Alder Elf – an immortal, trickturning creature to whom he owes a great debt – Jacob must journey back into the enchanted Mirrorworld once again. Together with Fox, his beautiful shapeshifting friend, Jacob has no choice but to follow his brother on the trail of the Dark Fairy, who has fled deep into the East: to a land of folklore, Cossacks, spies, time-eating witches and flying carpets. But what exactly is the Dark One running from? Could it be the same danger that threatens Jacob and Fox?

The third book in the series, The Golden Yarn is a thrilling tale of courage and fear, jealousy and forbidden desire; in which love has the power both to save a life – and to destroy it. 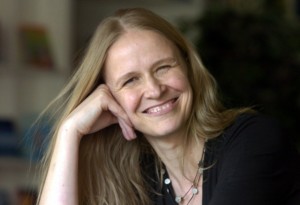 Cornelia Maria Funke is a German author of children’s fiction. She was born on December 10, 1958, in Dorsten, North Rhine-Westphalia. Funke is best known for her Inkheart trilogy, published in 2004–2008. Many of her books have now been translated into English. Her work fits mainly into the fantasy and adventure genres. She currently lives in Beverly Hills, California.

You can find out more about Cornelia on her website – www.corneliafunke.com/en

Do join in the twitter chat – the more the merrier!

I have lots of questions planned and we would love you to ask Cornelia your questions too! 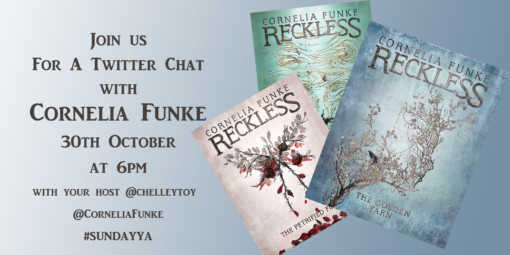 A huge thank you to Vicki at Pushkin for asking me to host the chat and being so patient whilst I sorted things out with the graphic.

Another big thank you to Rachel the creator of #SundayYA for agreeing to let me takeover for an hour and being on board from the start.

Have you read any of the Reckless Series?  Which one is your favourite?  Are you excited for the third instalment?  Will you be joining in the twitter chat? Why not leave a comment using the reply button at the top of the page or tweet me on twitter using @chelleytoy !