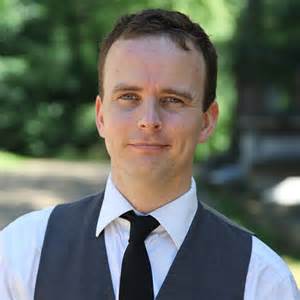 I am over the moon to have been asked by the lovely people at Stripes Publishing / Little Tiger Press to reveal the awesome cover for a new series launching February 2017 by the brilliant Gareth P Jones!

It’s no secret that I am a HUGE fan of Gareth’s books and I always read them with a huge smile on my face and Gareth’s new series is set to do just that.

Pet Defenders of the Earth follows Mitzy and Biskit and it is their job to save the world from alien invasions – just so long as they can stop fighting like cat and dog for long enough to do it! Beth at Stripes Publishing describes it as The Secret Life of Pets meets The X Files!

Biskit works alone. So when the unruly Pet Defenders dog agent is teamed up with Mitzy – a rookie and, even worse, a cat – he’s not happy. Can Biskit put his ego aside and work with Mitzy to save the world from an alien attack of terrifying proportions? When the humunga-dunga beetle rolls into town, the dynamic duo are going to need all their skills to stop the creature from laying waste to the world as they know it…

Illustrated by the brilliant Steve May I am super excited to read this and of course reveal the awesome cover…….

The Pet Defenders Code: 1. The safety of Planet Earth depends on you. 2. Humans MUST NOT know the truth. GOOD LUCK – you’ll need it…

From Gareth P. Jones, winner of the Blue Peter Award and author of successful young series fiction, including NINA MEERKATS, comes a brand-new comic caper. THE SECRET LIFE OF PETS meets THE X FILES – Pet Defenders are secret agents with a difference.

It’s up to Mitzy and Biskit to save the world from alien invasions – just so long as they can stop fighting like cat and dog for long enough to do it!

Secret agent Biskit is not happy when he discovers his new partner Mitzy is a cat – everyone knows that cats and dogs don’t mix. But saving the earth from alien invasions must come first and the planet is under attack! A cluster of cow pats has flown into town and they’re whipping up a stink… It’s time for Biskit and Mitzy to put aside their differences and kick some alien butt!

Gareth P. Jones is the author of many books for children, including the NINJA MEERKATS series, and THE CONSIDINE CURSE, for which he won the Blue Peter Book of the Year 2012 award. He also works as a producer of TV documentaries. He lives in Forest Hill, south east London, with his wife and children.

To find out more about Gareth visit his website – www.garethwrites.co.uk

Steve May is an illustrator and animator based in north London. He was born in sunny Hastings and has an MA in Animation from the Royal College of Art. As an illustrator he has produced work for a variety of clients including Puffin and Faber.

To find out more about Steve May visit –  www.stevemay.biz 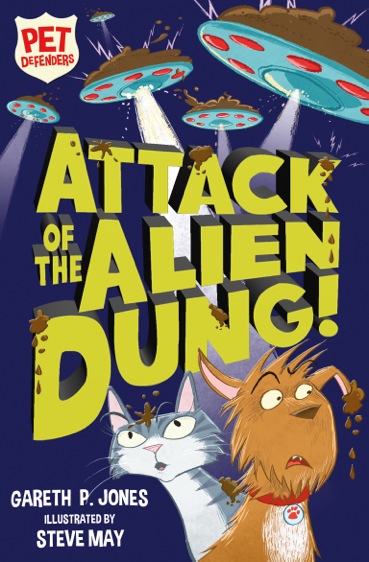 You can buy a copy of the first in this fab series Pet Defenders: Attack of the Alien Dung! here

Another huge thank you to Beth at Stripes Publishing for asking me to feature this fab cover reveal!

Which Character From The Thornthwaite Betrayal Are You?

Adventures Of The Steampunk Pirates:  The Leaky Battery Sets Sail

What do you think of the cover for Pet Defenders: Attack of the Alien Dung!?  Are you intrigued? Have you read any of Gareth’s other books?  I would love to hear from you!  Why not leave a comment using the reply button at the top of this post or tweet me on twitter using @chelleytoy !