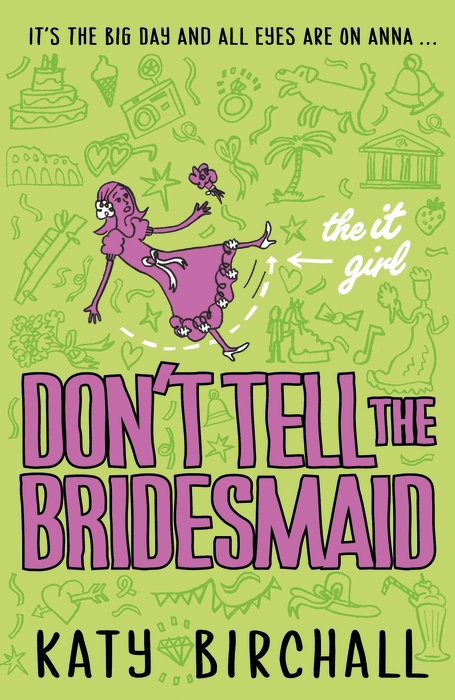 Anna Huntley is back in this third instalment of The It Girl series, Don’t Tell The Bridesmaid and being a big fan from the beginning I am super excited!

I LOVE this series.

This third book in the series is due to be released on the 12th January 2017 published by Egmont and I can’t wait to laugh at Anna once again.

But that’s not the only brilliant thing!

All of the series has had a makeover with these fab new awesome covers!

Just look at them! 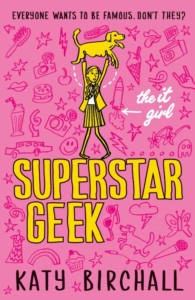 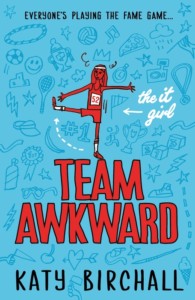 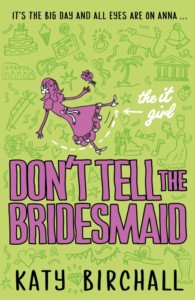 So today I have an exclusive interview with the girl herself!

The one and only….

Our main character in the It Girl series chats to us about book 3, Don’t Tell The Bridesmaid!

About The It Girl Series

A hilariously funny and deliciously romantic ‘clean teen’ book for teens. Perfect for fans of Geek Girl and Girl Online.

Everybody wants to be a famous It Girl. Don’t they?

1) To recreate famous film scenes with Dog (pet Labrador) such as the lift from The Lion King during that Circle of Life song.

3) To keep first and only school friends by not doing anything in usual manner of socially inept dork and outcast.

4) To work out whether 1) and 2) constitute being socially inept – or outcastish.

5) To hide in the cupboard FOR LIFE after her dad gets engaged to one of the most famous actresses EVER, the paparazzi move in and everyone in school (The World) is on the brink of discovering why no one wants to be friends with Anna . . .

A fantastic, laugh-out-loud read for girls aged 11+ who love Louise Rennison and Zoella.

You can find my review of The It Girl:  Superstar Geek here

The brilliant sequel to The It Girl. Hilariously funny and deliciously romantic – perfect for fans of Geek Girl and Louise Rennison.

If everything Anna does is going to be seen by more than 10 million people, then she’s determined to find something that she’s really good at. Everyone else seems to have a ‘thing’ – especially the new girl at school, who’s been distracting Connor with their shared love of art. Luckily the school sports day is looming, and Anna is limbering up!

What could go wrong?

The third book in the hilariously funny, super accessible and charmingly romantic The It Girl series. Perfect for fans of Geek Girl and Louise Rennison.

Preparations for the Wedding of the Century between Anna’s dad and super famous actress Helena Montaine are in full swing (all Anna needs to do is escape having to wear the biggest meringue of a bridesmaid dress that EVER existed.) And not only that but Anna, her friends and her ACTUAL BOYFRIEND (definitely requires shouting), Connor, are due to go on a school trip in romantic Rome.

So as long as Anna can avoid doing something like falling face first in the Trevi Fountain, nothing could spoil this perfect pasta-filled moment. Could it?

An EXCLUSIVE interview with It Girl, Anna Huntley!

On 12th January 2017, a new book will be hitting the shelves, the third in a series all about ANNA HUNTLEY. Anna was first launched into the spotlight when her father proposed to Helena Montaine, the most famous actress in the world. Today we talk to Anna about how she feels in the lead up to book number 3, DON’T TELL THE BRIDESMAID.

Sure, yeah no problem. I was actually quite pleased to get out the house because Dog, my yellow Labrador, was driving me NUTS. He kept attacking any scented candles around the house so I put them all away in cupboards and he got in a sulk with me and now won’t stop howling at my slippers.

Right…OK…well, anyway, we’re here to discuss the third book coming out in January…how does it feel to have three books written about your life?

I guess it’s weird because I’m not really the sort of person that has books written about them. Like glamourous celebrities or whatever, they’re the people who should have books based on their lives because they go to parties and win awards and stuff.

I mostly sit at home eating Nutella out the jar.

But then I guess Dad did go and ruin my life. So that’s kind of interesting I suppose.

Yeah, well, it kind of sucks because whenever I fall over or anything it’s in the news.

Do you fall over a lot?

Not on purpose but it happens a lot more recently because I always have stupid flashbulbs going off in my face from the photographers trying to get a shot of Marianne or Helena, so I get all those splodges in my vision and can’t see anything.

Marianne did buy me this posh pair of sunglasses but Dog ate them.

How does it feel to have a step sister like Marianne Montaine, the renowned It Girl?

I mean, it has its disadvantages. Like the other day when I put on my favourite jumper and she was like, ‘what on EARTH are you wearing? You look like a fruit pastel. Go change.’ So, you know, she’s quite blunt. And she hogs the bathroom a lot.

But most of the time it’s great, because she looks out for me. She’s one of the best people I know.

Your best friends must be super excited to see that there’s another book coming out about you?

Danny has been very sweet about it and says he thinks it will be a ‘witty and fascinating read’.

Jess on the other hand has been very rude and keeps saying things like ‘what are they going to write about in this book? All those times that you walked into a lamp post? HAHAHAHA.’

Which is extremely unfair because that was literally ONE TIME and it was her fault anyway by distracting me with an ice cream.

Finally, Anna, what’s in the future for you?

It would be great if I could do fewer awkward things like, you know, when I set a classmate on fire, when I fell into a plant pot which was filmed and went viral, and the time I hit the same classmate in the face with a discus… If I could not do stuff like that, that would be great. Here’s hoping!

You can catch some previous guest posts from Katy and my review of the first It Girl on the below links….

How To Survive Sports Day

10 Things I’ve Learnt About Being An Author

Spotlight and Extract of The It Girl:  Superstar Geek

Review – The It Girl Superstar Geek 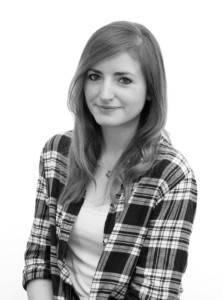 Katy Birchall is the author of The It Girl: Superstar Geek, The It Girl: Team Awkward and its eagerly-awaited sequel The It Girl: Don’t Tell the Bridesmaid. She also works as a freelance journalist. Katy won the 24/7 Theatre Festival Award for Most Promising new Comedy Writer with her very serious play about a ninja monkey at a dinner party. Her pet Labradors are the loves of her life, she is mildly obsessed with Jane Austen and one day she hopes to wake up as an elf in The Lord of the Rings. Katy lives in Brixton, London.

Find out more about Katy on her website – www.katybirchallauthor.com

A huge big thank you to Katy for such a fab guest post and Alice at Egmont for asking me to feature this post and for being so super wonderful!

Have you read any of The It Girl series?  What did you think?  What was your favourite part?  Are you excited for the third book?  If you have not read it yet have we tempted you to go and grab a copy?   I would love to hear from you!  Why not leave a comment using the reply button at the top of this post or tweet me on twitter using @chelleytoy!