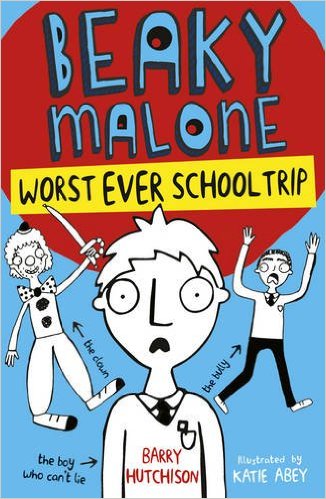 My son and I are a huge fan of Beaky Malone!  We even did a #Read-Toy-Gether of the first book, Beaky Malone:  Worlds Greatest Liar here.  So when we both heard that there was a new book coming out we jumped around with joy!

Beaky Malone:  Worst Ever School Trip is released on the 12th January published by the brilliant Stripes Publishing and my son ran off to his room and devoured this book and plenty of laughs were heard along the way!  A hilarious new series from best-selling author, Barry Hutchison, perfect for fans of Tom Gates, Wimpy Kid and Barry Loser.

It’s been 92 hours since Beaky last told a lie and I simply cannot wait to see what this second book has in store for Beaky!  And with brilliant illustrations by the wonderful Katie Abey, Beaky and his friends are bought to life!

So today as part of the fab blog tour we thought it would be good to tell you a little about the characters in Beaky Malone…. 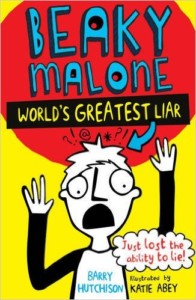 Dylan Malone, aka Beaky, has a habit for telling porkies – every time he opens his mouth, out pops a whopper… But then his long-suffering sister shoves him into the truth-telling machine at Madame Shirley’s Marvellous Emporium of Peculiarities. Now Beaky can’t tell a lie – not even a teeny-weeny one – and a truth-telling Beaky is even worse… 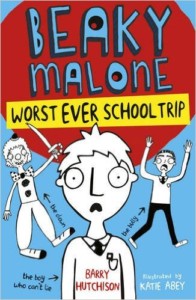 “I like to smell my own farts…” Gah! Someone shut me up!

It’s been 92 hours since Beaky last told a lie. So far he’s survived two full days of school with only three light beatings, two telling-offs and one wedgie … but the annual school trip is going to take Beaky’s survival skills to a whole other level – especially as a mix up in the school office means that Beaky and his class are on a trip to Learning Land, an educational theme park aimed at eight-year-olds. And home to cheery-but-creepy Clumso the Clued-up Clown whose job is to dish out fascinating facts to one and all.

But there is worse to come when Beaky’s partnered with Wayne, a.k.a the school bully, who has a morbid fear of clowns. With Beaky unable to tell a lie and Wayne intent on beating him up, things aren’t looking good. And that’s before they find themselves on the run from a manic clown who’ll seemingly stop at nothing to track them down…

One of the best bits about being an author (besides getting to sit around drinking tea and eating biscuits in your pants all day) is that you get to hang around with some really strange people. And I don’t just mean other authors and school librarians, I mean the really strange people who live inside your head.

Sidenote: This has just reminded me that when I was fourteen or so, my mum told me that as a young lad of five, I’d approached her in the kitchen one day and said, “Mum, you know all those voices you hear in your head all the time…?” and she instantly knew I was going to grow up to be an author. Or a serial killer. It was fifty-fifty.

But I digress. Hanging out with people you make up is one of the things that makes being an author bearable (also the biscuits, mentioned above). Rather than go slowly mad from isolation and loneliness, we are instead surrounded at all times by a rich tapestry of different folks. Yes, some of them might be smelly bullies, grumpy teachers, or dangerously unhinged clowns, but hey, at least it’s not boring.

Here are some of the lovely (and not so lovely) people I got to hang about with while writing Beaky Malone: Worst Ever School Trip. 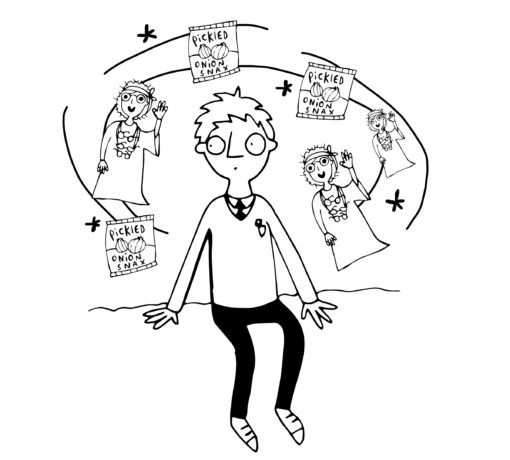 Name: Beaky (Actually, that’s not quite true. His real name is Dylan, but his big nose earned him the nickname “Beaky.”)

Bio: Once the world’s greatest liar, everything changed for Beaky when he stepped inside the only known truth-telling machine in existence. From that moment, he was unable to utter a single lie, and can now only listen in horror as his own mouth repeatedly betrays him by telling the truth over and over again.

Biggest secret: Now that he has to tell the truth all the time, Beaky doesn’t have many secrets left. Everyone knows, for example, that he fancies the dinner lady, enjoys the smell of his own farts, and regularly wears the same pants for a fortnight. 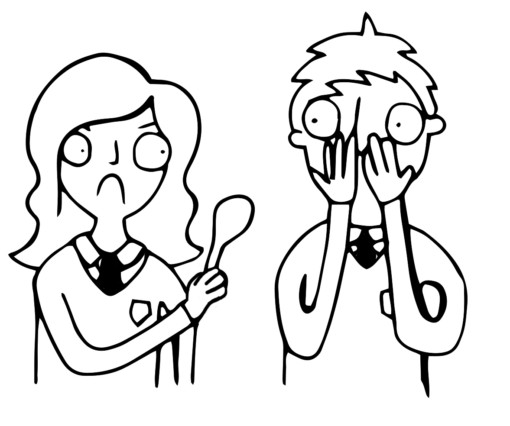 Bio: Beaky’s big sister was so fed up of his constant lying and manipulation that she willingly paid the princely sum of one whole pound to have him shoved in the truth-telling machine. Little did poor Jodie suspect, however, that a little brother who A) tells the truth all the time, and B) has memorised the contents of her diary, does not a good combination make. Now living in a state of almost constant embarrassment, Jodie is determined to help Beaky get his lying mojo back.

Biggest secret: Again, Beaky has revealed most of them, including her Top 5 list of boys she fancies, and the picture she drew in her diary where she combined her favourite parts of them all into one terrifying Frankenstein’s monster-style super boyfriend. 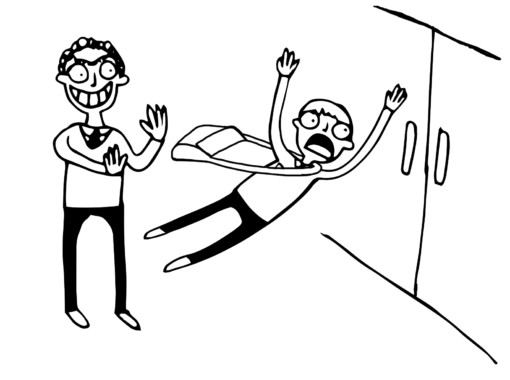 Bio: On the surface, headmaster’s son, Wayne, is a hard-working, thoughtful young lad, loved by all the teachers. His classmates, however, know he’s really a sneaky, violent bully, and do their best to avoid him at all costs. When Beaky blurts out one of Wayne’s biggest secrets on the way to the school trip, Wayne goes out of his way to make sure the boys get partnered up, so he can take his terrible revenge.

Biggest secret: Once wet himself at the sight of Clumso the Clued-Up Clown 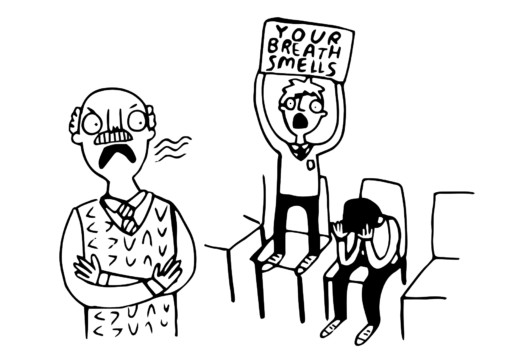 Bio: Beaky’s best mate, Theo, is one of the few people who believes Beaky’s story about not being able to tell a lie, and does his best to cover for him whenever he can. This usually means Theo ending up in trouble or humiliated, but he doesn’t seem to mind. Relaxed and laid-back to the point of being horizontal, Theo is fiercely loyal, and pretty much the best friend anyone could ever have.

Biggest secret: Once accidentally drank a whole bottle of breast milk. And quite liked it. 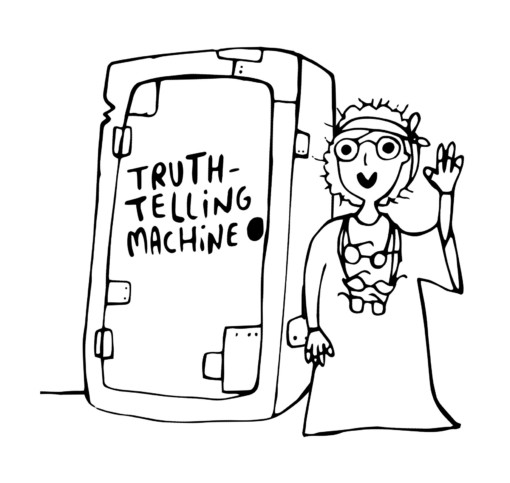 Biggest secret: How she made her shop disappear. And she’s keeping that one to herself.

Bio: The terrible mascot of the awful Learning Land ‘fun’ park, Clumso is a vaguely unsettling clown who loves to share general knowledge with park visitors, often via the medium of rap. However, when a terrified Wayne shoves him to the ground in panic, Clumso discovers something else he loves, too. Revenge!

Biggest secret: As he has to work up to twelve hours a day without any breaks, Clumso’s comically oversized trousers always contain 3 Mars Bars, 2 cans of Tizer, and an adult-sized nappy. 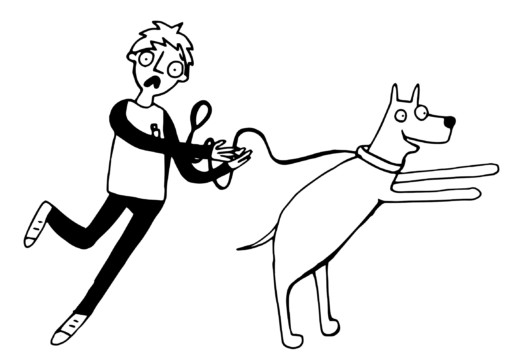 Bio: Beaky and Jodie’s pet dog is an enormous Great Dane with an even bigger appetite. Destructo will destroy and/or consume pretty much anything, given half a chance, hence his name. Past things he has eaten include Beaky’s homework, Beaky’s schoolbag and, on one memorable occasion, the family’s TV.

Those are a few of the characters I got to spend time with while writing the second Beaky Malone book. If you’d like to get to know them yourself, please go right ahead and pick up a copy of Beaky Malone: Worst Ever School Trip. Honest, I won’t mind.

You can find a #Read-Toy-Gether review of the first Beaky Malone: Worlds Greatest Liar here 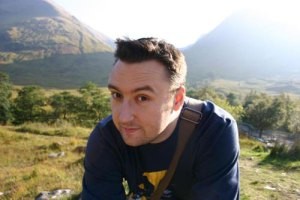 You can find out more about Barry and his books on his website – www.barryhutchison.com

A huge thank you to Barry for a fantastic super funny guest post, Katie Abey for the fantastic illustrations and to Charlie at Stripes Publishing for organising this and having me as part of the tour.

Have you read Beaky Malone Worst Ever School Trip?  What did you think?  Who was your favourite character?  I would love to here from you!  Why not leave a comment using the reply button at the top of this review or tweet me on twitter using @chelleytoy!