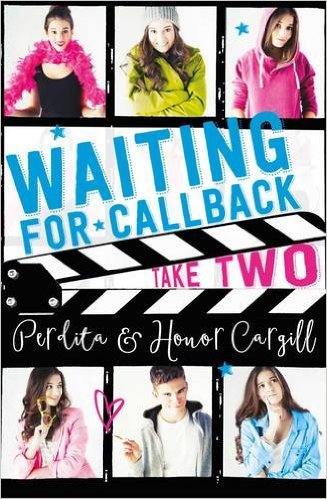 I am so beyond honoured to be celebrating the release of Waiting For Callback:  Take Two by the super lovely, hilarious and best mother/daughter writers around, Perdita & Honor Cargill. 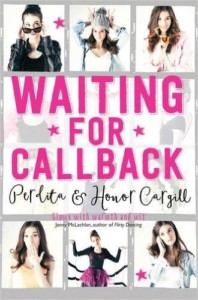 Take Two is released today, 26th January 2017 published by Simon & Schuster Children’s UK and I simply cannot wait to find out what Elektra gets up to next!

I know one thing for sure…..I will be smiling and laughing lots!

I’m over the moon to have been asked to be part of the fab blog tour and today Perdita and Honour chat about direction in this fab and super funny guest post…. 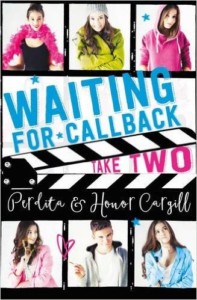 Elektra has finally landed a part in a film. It’s the dream. Well … until she works out that Straker is a movie so dystopian that within weeks most of the cast and all of the crew wish that the world had actually ended (preferably in scene one). And while it’s obviously great news that she’s moved from the friend-zone with Archie to become his almost-girlfriend, it would be better if he hadn’t immediately relocated to Transylvania to play a vampire hunter surrounded by ‘maidens of peerless beauty’… Full of humour and warmth, this new series is perfect for fans of Geek Girl and The It Girl.

Day Four of our Take Two blog tour and today we’re chatting about Direction (although we should have called it Co-Directing). Just to set the scene this time I (P) am talking and typing this while Hon is talking very fast and eating (classic multi-tasking).

H: Have I said enough in the last year to explode the No. 1 Misconception that because we’re family we work side-by -side sitting at the kitchen table, steaming mugs of tea and freshly baked cake in front of our matching notepads, birdsong in the background? 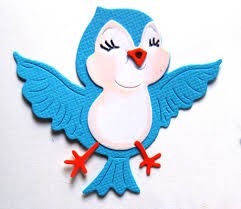 P: I don’t think that anyone who knows us will still be under any illusions. And we’re getting further and further apart. This time last year we were working in different rooms then you (Hon) discovered the joy of working in cafes and I stayed in the attic.  Then you went to Uni and now in term time at least you’re in Oxford and I’m in London. God, I hope it’s not some dark metaphor… 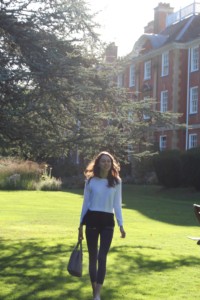 H: Not that ‘dark’… Oh God, except for That Train Journey – the one where we sat side by side working on edits all the way from London to Newcastle and had nearly dissolved the partnership by York. That was dark.

P: *shudders* But we do loads of the actual writing during your holidays.

H: I work very hard in London cafes! But (at arm’s length) we’re surprisingly harmonious collaborators. Ok, there’s some pretty brutal editing along the way but I can’t think of any bits that in the end we disagreed on.

P: No, it works well. Although there were a couple of…misunderstandings that underlined that I must never be allowed to write contemporary teen on my own.

H: Ha! Like your tendency to put add full stops to the end of texts and the great bucket hat fiasco?  We probably plotted better together because we were on a tighter schedule for Take Two so we had to be more focused.

P: I’m quite proud that we got Take Two done to deadline. It was hard work. You did so much of the writing this time that I wanted to change the name order on the cover because I felt guilty! (We couldn’t).

H: I still didn’t do any of the copy editing stuff. I’d be useless at that. And I think Take Two was easier to write than Waiting for Callback because we know all the characters so well. I am genuinely fond of them – even Flissy.

P: Have you got a new fave character or does your heart still belong to Archie?

H: My heart will always belong to Archie… whether he’s in character as a vampire-slaying-hero or not … 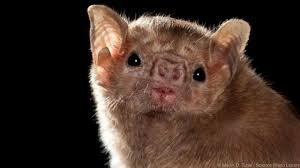 But I’d quite like to go clubbing with Hot Carlo…

P: I’m quite glad that we’re talking about fictional characters.  I’ve got a soft spot for Amber. She is truly dreadful (“very shiny, possibly made in a lab in Beverley Hills. Scary handbag dog named after a vegetable.” Ch. 7) and yet mastering yogic breathing is definitely one of my 2017 resolutions.

H: Good luck with that.

Thank you Chelley for hosting us! Come and join us tomorrow on Vivienne’s blog, Serendipity Reviews where we will be chatting about Special Effects (our glossy cover and lovely inside Extras!)

You can buy a copy of Waiting For Callback: Take Two here or from you local bookshop 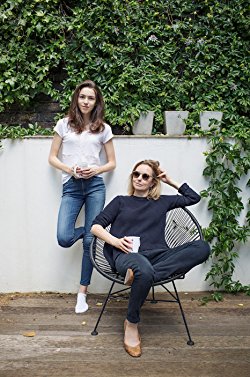 I co-write the WAITING FOR CALLBACK series with Honor Cargill. She’s my daughter and it’s something of a miracle that no only do we write together but we have a lot of fun doing it. She’s in her first year at Oxford University reading Classical Archaeology and Ancient History (niche…). I used to be the least numerate tax barrister ever to practise in the English courts. It was a relief to everyone when I hung up my wig and gown and took to writing funny teen novels…

I’m 18 and I’m in my first year at Oxford Uni reading Classical Archaeology and Ancient History (bit rogue) and I co-write the WAITING FOR CALLBACK series of funny teen novels with Perdita Cargill (who is, conveniently, my mum…). I’ve done some acting and although I’m nothing like Elektra (our main character) I feel her pain because her most humiliating moments are strangely similar to mine…

You can find out more by visiting the website – www.waitingforcallback.com

You can catch up or follow the rest of the awesome blog tour at the following stops.

Have you read Waiting For Callback:  Take Two?  Are you intrigued? Did you read the first book in the series too?  What parts made you laugh out loud?  I would love to hear from you!  Why not leave a comment using the reply button at the top of this post or tweet me on twitter using @chelleytoy !