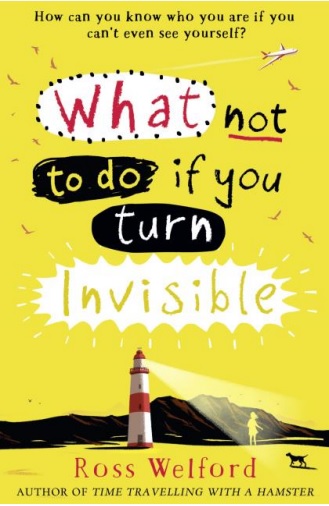 I am so excited to have the brilliant Ross Welford on Tales today with an absolutely brilliant guest post!

Ross is the author of the amazing Time Travelling With A Hamster that was released in 2016 and was a Waterstones Children’s book of the month.  Whilst I’ve not had a chance to read this one yet my son absolutely adored this book! 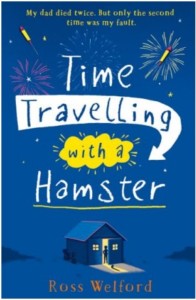 What Not To Do If You Turn Invisible was released on the 29th December 2016 published by Harper Collins and is set to be another fab read!

For today’s guest post I got to ask Ross exactly why he includes science in his books….. 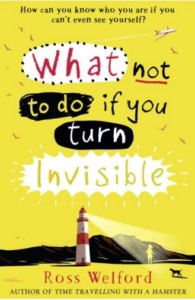 From the author of the unforgettable bestseller TIME TRAVELLING WITH A HAMSTER comes another surprising, beautiful and funny novel about a child who, by disappearing, will write herself into your heart forever…

Turning invisible at will: it’s one way of curing your acne. But far more drastic than 13 year-old Ethel Leatherhead intended when she tried a combination of untested medicines and a sunbed.

It’s fun at first, being invisible. And aided by her friend Boydy, she manages to keep her extraordinary ability secret. Or does she…?

When one day the invisibility fails to wear off, Ethel is thrown into a nightmare of lies and deception as she struggles to keep herself safe, to find the remedy that will make her seen again – and solve the mystery of her own birth…

It startled me when I first saw Time Travelling With A Hamster referred to as “science fiction”.  It really had not occurred to me.

I mean, I’m not even much of a Sci-fi fan! Epic space battles involving alien overlords from planets with X’s and Z’s in their name just don’t do it for me.

Nor am I much of a scientist, having dropped physics at school age 14.  So the physics of relativity in Hamster was as much a discovery for me as it is for the reader.  The challenge for Middle Grade, I find, is to keep it simple enough so as not to hold up the story.

So when it came to describing the nature of light in What Not To Do If You Turn Invisible I was obliged to go simpler still.  These days there is a kind of broad agreement among scientists about what light is, but the details are still subject to fierce argument.  It’s all so complicated that I soon abandoned any idea of delving any further into it than necessary!

That said, I believe invisibility as a real-world concept is far closer to being realised than moving backwards and forwards in time.

In case you are wondering, my next book doesn’t really involve much science at all.  Maybe I’ll end up being a writer who sometimes does science fiction rather than a “science fiction writer.” 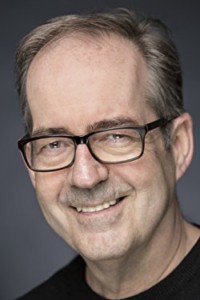 Ross Welford was a magazine journalist and television producer in the UK before becoming an author.

He lives in London with his young family, a border collie, a hamster, and several tropical fish.

Time Travelling With A Hamster is his first book.

A second book, What Not To Do If You Turn Invisible will be published in the UK in early 2017

You can find out more about Ross on his blog – www.dadfood.wordpress.com

A huge huge thank you to Ross for such a superb guest post.  Also a huge thank you to Jess at Harper Collins for sorting out this post and being super wonderful and supportive with the British Books Challenge too!

Have you read Time Travelling With A Hamster or What Not To Do If You Turn Invisible?  What did you think?  Do you like science in books?  I would love to hear from you!  Why not leave a comment using the reply button at the top of this review or tweet me on twitter using @chelleytoy!