I am so excited to have announced on January 1st that the super lovely  Katherine Webber is our #BritishBooksChallenge17 Debut Of The Month for January 17 with her debut Wing Jones!

Wing Jones is due to be released on the 5th January 2017 published by the awesome Walker Books and is set to be a runaway success!

Wing Jones is currently sitting very high on my January TBR and from what I have heard already I’m in for a huge treat!  Katherine Webber is one of the most loveliest people I have ever had the pleasure to meet.  Her enthusiasm and love for all things books shines through and I can’t wait to see what Wing Jones has in store!

I’m super excited to be shining the spotlight on Katherine and Wing Jones today along with some love for Wing Jones from fellow bloggers.

And remember if you read, review and link up Wing Jones for our #BritishBooksChallenge17  January link up here you will gain an extra entry into the January Prize Pack Draw!

Look out for some special Wing Jones related posts with Katherine this January…..and there may even be a giveaway! 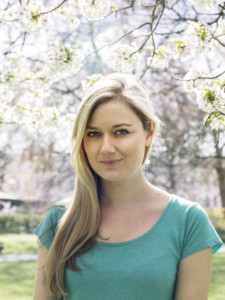 Katherine Webber is originally from California but currently lives in London.  She spent four years living in Hong Kong and has also lived in Atlanta, GA and Hawaii.

(NB – As we are lucky enough to have Katherine living in London we have therefore adopted Katherine as one of our own for the #BritishBooksChallenge17 – we are so very lucky indeed!)

She loves an adventure, whether it is found in a book or in real life.  Travel, books, and eating out are her favourite indulgences.

Her debut YA novel, WING JONES, will be published in the UK on January 5th, 2017 by Walker Books and in the US on March 14th, 2017 by Delacorte/Random House

You can find out more about Katherine on her website – www.kwebberwrites.com 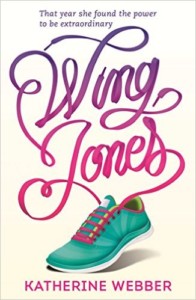 I managed to catch some quotes from some lovely bloggers about Wing Jones….

A huge thank you to the lovely Wing Jones fan’s that provided me with quotes for this post.  Wing Jones comes highly recommend as our Debut Of The Month!

Look out for some special Wing Jones related posts with Katherine this January…..and there may even be a giveaway!

And remember if you read, review and link up Wing Jones for our #BritishBooksChallenge17  January link up here you will gain an extra entry into the January Prize Pack Draw!