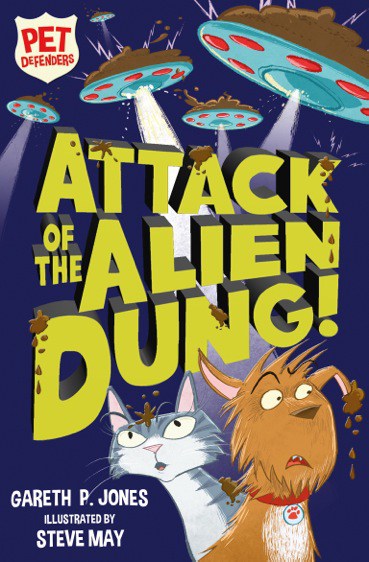 It’s no secret that my son and I are HUGE fans of Gareth’s books.  We always read them with a huge smile on our faces and Gareth’s new series, Pet Defenders does just that!

I am over the moon to have been asked by the lovely people at Stripes Publishing / Little Tiger Press to be part of the blog tour for this super funny book which is released on the 9th February 2017.

Illustrated by the super talented brilliant Steve May, Pet Defenders of the Earth follows Mitzy and Biskit and it is their job to save the world from alien invasions – just so long as they can stop fighting like cat and dog for long enough to do it! Beth at Stripes Publishing describes it as The Secret Life of Pets meets The X Files!

Biskit works alone. So when the unruly Pet Defenders dog agent is teamed up with Mitzy – a rookie and, even worse, a cat – he’s not happy. Can Biskit put his ego aside and work with Mitzy to save the world from an alien attack of terrifying proportions? When the humunga-dunga beetle rolls into town, the dynamic duo are going to need all their skills to stop the creature from laying waste to the world as they know it…

So for todays guest post I have come across a transcript of an interview conducted in February 2017 in an unknown location….. 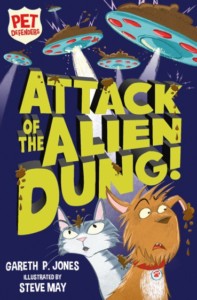 The Pet Defenders Code: 1. The safety of Planet Earth depends on you. 2. Humans MUST NOT know the truth. GOOD LUCK – you’ll need it…

From Gareth P. Jones, winner of the Blue Peter Award and author of successful young series fiction, including NINA MEERKATS, comes a brand-new comic caper. THE SECRET LIFE OF PETS meets THE X FILES – Pet Defenders are secret agents with a difference.

It’s up to Mitzy and Biskit to save the world from alien invasions – just so long as they can stop fighting like cat and dog for long enough to do it!

Secret agent Biskit is not happy when he discovers his new partner Mitzy is a cat – everyone knows that cats and dogs don’t mix. But saving the earth from alien invasions must come first and the planet is under attack! A cluster of cow pats has flown into town and they’re whipping up a stink… It’s time for Biskit and Mitzy to put aside their differences and kick some alien butt!

Interview with the Pet Defenders

To celebrate the publication of Pet Defenders: Attack of the Alien Dung, (Stripes) award-winning author Gareth P Jones secured an exclusive interview with the book’s protagonists (a dog called Biskit, and a cat called Mitzy). For security reasons, Gareth was blindfolded then brought to a secret location. As the blindfold was removed he observed he was in some kind of windowless room. A single bulb hung from the ceiling. In front of him stood a scruffy brown mongrel and a tabby cat with white paws and a white smudge on her nose. Looking up he noticed a seagull perched above his head.

Mitzy:              The room is coated with Universal Translation Paint. It is translating Biskit’s barks and my meows into a language you understand. It’s one of Example’s inventions.

GPJ:                 You mean Example One, the super intelligent lab mouse who heads up the Nothington Extra-terrestrial Research Division team, NERD for short?

GPJ:                 I created the series. I came up with the idea of a secret organization of pets keeping the planet safe from alien attack while us humans are totally oblivious. It’s fun, right?

Pet Defenders: Attack of the Alien Dung is published 9th of February. The second book in the series, Beards from Outer Space comes out in May, with the third (Escape from Planet Bogey) being published in September.

Gareth P Jones has no memory of the above conversation. 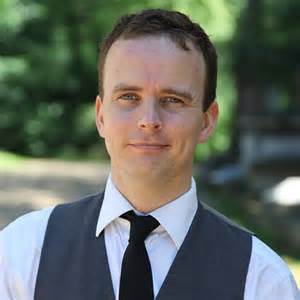 Gareth P. Jones is the author of many books for children, including the NINJA MEERKATS series, and THE CONSIDINE CURSE, for which he won the Blue Peter Book of the Year 2012 award. He also works as a producer of TV documentaries. He lives in Forest Hill, south east London, with his wife and children.

To find out more about Gareth visit his website – www.garethwrites.co.uk

Steve May is an illustrator and animator based in north London. He was born in sunny Hastings and has an MA in Animation from the Royal College of Art. As an illustrator he has produced work for a variety of clients including Puffin and Faber.

To find out more about Steve May visit –  www.stevemay.biz

A huge thank you to Gareth for such a fab guest post and to Beth at Stripes Publishing for asking me to take part and for organising.

Which Character From The Thornthwaite Betrayal Are You?

Adventures Of The Steampunk Pirates:  The Leaky Battery Sets Sail

Have you read Pet Defenders:  Attack Of The Alien Dung!?  Are you intrigued? Have you read any of Gareth’s other books?  I would love to hear from you!  Why not leave a comment using the reply button at the top of this post or tweet me on twitter using @chelleytoy !