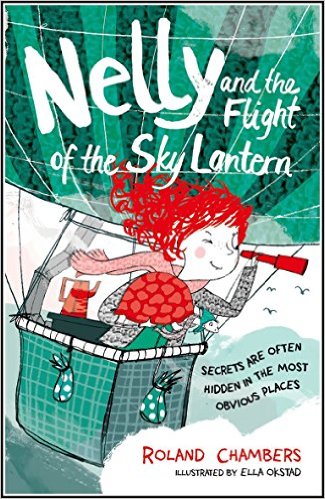 Today I am hugely excited to have the wonderful Roland Chambers on Tales with a wonderful guest post! 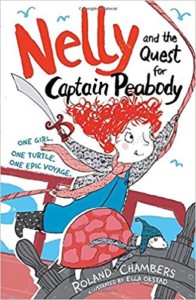 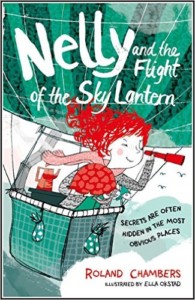 The books follow the epic adventures of explorer Nelly and her best friend and sidekick, a turtle called Columbus.

“Nelly makes for a clever, tenacious and positive female protagonist.” – The School Librarian

Roland did some fascinating research into real-life female explorers for the books. Nelly becomes a balloonist in the latest book, which draws inspiration from the eighteenth-century ballooning pioneer Sophie Blanchard.

With this in mind, and the fact that it’s International woman’s day on the 8th March, we thought this would make a really fascinating blog post about inspiration and exploring and explorers……

One girl. One turtle. One epic voyage! If you like Pippi Longstocking, you’ll love Nelly Peabody.
When Nelly says she’s going to do a thing, she does it, whatever it is.
Learn to juggle china cups? Of course!
Live on lemons for a month? Why not?
Set out in a boat with knitted sails to find her long-lost father, with only her turtle Columbus for company? Absolutely!
And she won’t let anything get in her way . . .

Sometimes secrets are hidden in the most obvious places.
When Nelly returns home to discover that her mother has mysteriously disappeared, she vows to stop at nothing until she’s found her.
Climb to the tops of the clouds in a laundry basket? Why not? Dive to the depths of the ocean in an oversized tin can? Of course! Leave her turtle, Columbus, behind? CERTAINLY NOT! He’s her best friend, what an awful suggestion.
Together they will find the answers!
An original, quirky adventure story, beautifully written, packed with eccentric characters, and illustrated throughout in two colour. If you like Pippi Longstocking, you’ll love Nelly Peabody.

When my daughter Nelly was born I was the first person to make eye contact with her as she cartwheeled up into her mother’s arms. It was such an intense moment that I remember it in black and white, in freeze frames. That’s what it was like for me – electrifying, life-changing – but just imagine what it must have been like for her. The shock of it. The sudden freedom of movement. The cold air on her skin and this hairy giant goggling at her. This doting monster. The atmosphere of a new and strange planet filling her lungs.

When we think of explorers, we often think of men with snow-caked beards gripping ice-picks or hacking at tropical undergrowth, but actually we are all explorers from the moment we’re born. Some people don’t like to admit it. They live their lives as far as possible from the edge, making sure they know where everything is and what’s going to happen next, eating the same breakfast every day, taking the same route to work. But some people want to keep on busting out, and at least half of them are women, like my daughter Nelly, leaping from high furniture, conquering the BMX track, listening wide eyed to stories of Sophie Blanchard, who over two hundred years ago amazed the world by taking to the air beneath a hydrogen balloon in a basket no bigger than a rocking chair. 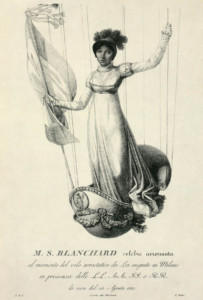 A little while ago I wrote a book about a fictional Nelly who sets off to find her missing father in a boat with knitted sails and only her pet turtle, Columbus, for company. Nelly sails half way round the world to discover the truant still in his pyjamas, gone native in a forest of his own planting, and along the way has so many adventures of her own she forgives him a little for his thoughtlessness. Then she comes home, only to discover her mother has vanished too, so off she goes again, this time in a hot air balloon, like the mighty Sophie Blanchard. She floats to the very edge of space, where it is impossible to breath, but before she finally solves the mystery, she has to dive to the bottom of the ocean too, because pinning down a mother is not an easy thing. A mother is a whole world. 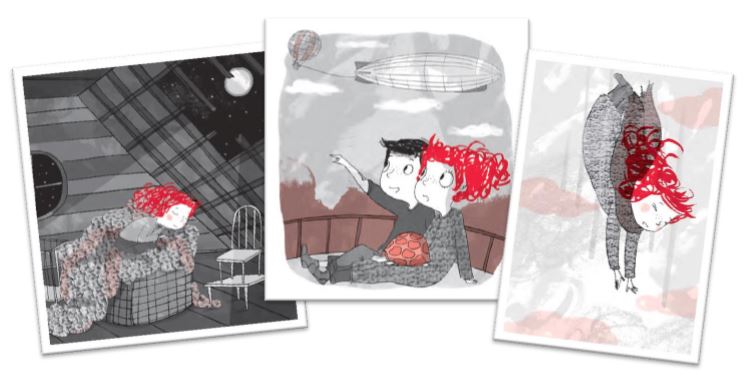 Exploring is about returning to the beginning, to the astonishment of being born, which is why the Victorians were always hunting for the source of famous rivers, like the Nile or the Amazon. It’s about breaking new ground, but it’s also an act of self-discovery. A journey to the centre, into the great, dark interior, where all true things live. Or that’s what Nelly finds. She follows in the footsteps of women like Sacawega, who led the Lewis and Clark expedition into the Wild West, or the deep sea diver Sylvia Earl. She finds out where her mother is and in hunting her down, begins to understand her. She discovers her own source, the origin of Nelly, but not so completely that there will be no need of further adventures. Of course not! Because being born is one thing, but you wouldn’t want to leave it at that, would you? Not if you’re a real explorer. You’ll need to do it again and again until you’ve busted out completely, whatever that means, wherever that goes. Let your inner Nelly take you!

Roland Chambers has had some adventures of his own. He’s been a pig farmer, a film maker, a journalist, a pastry chef, a cartoonist, a teacher, a private detective and an author. He’s also lived in a few different countries, including Scotland, Australia, Poland, America and Russia. Now he lives with a professor next to a cake shop in London. He owns two cats, two children and two guinea pigs. Roland is currently working with the charity First Story (http://www.firststory.co.uk/) as a writer-in-residence at Pimlico Academy.

You can find out more about Roland on his website – www.rolandchambers.com 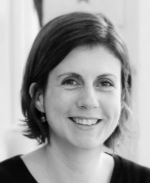 Ella Okstad was born in Trondheim, Norway in 1973. She graduated from Kent Institute of Art and Design with a BA Hons degree in illustration in 2000. She now lives and works in Trondheim, Norway.  She has illustrated a range of children’s books including the Squishy McFluff series (Faber & Faber). She illustrated the first Nelly adventure Nelly and the Quest for Captain Peabody and most recently Nelly and the Flight of the Sky Lantern.

A huge thank you to Roland for a fantastic post!  Also a huge big thank you to Hannah at OUP for asking me to host.

Have you read any of Nelly’s adventures?  Who are your favourite explorers?   I would love to hear from you!  Why not leave a comment using the reply button at the top of this review or tweet me on twitter using @chelleytoy!