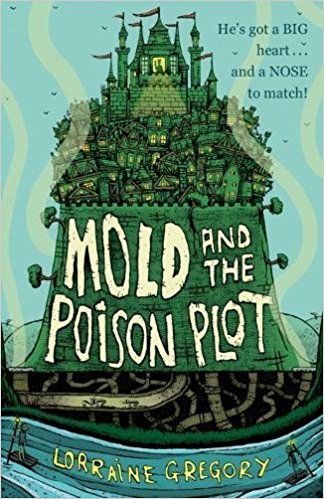 I am super excited to have the wonderful Lorraine Gregory on Tales today to celebrate the release of Mold and the Poison Plot!

Mold and the Poison Plot was released on the 4th May 2017 published by OUP and is a fab MG tale of a character called Mold.

As well as all of this Lorraine Gregory is also #BritishBooksChallenge17 debut of the month for May 2017!

I really wanted to get to know Mold more so I asked Lorraine about characters in this fab guest post…. 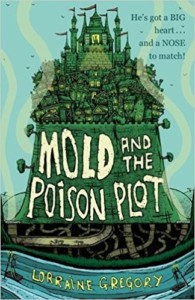 Mold’s a bit of a freak. His nose is as big as his body is puny and his mother abandoned him in a bin when he was a mere baby. Who else but the old healer, Aggy, would have taken him in and raised him as her own? But when Aggy is accused of poisoning the King, Mold sets out to clear her name.

In a thrilling race against time to save Aggy from the hangman’s noose, Mold faces hideous, deadly monsters like the Yurg and the Purple Narlo Frog. He finds true friendship in the most unusual – and smelly – of places and must pit his wits and his clever nose against the evil witch Hexaba.

This is an exciting fantasy story with an array of wonderful characters, including the inimitable Mold, told in a fresh and distinctive voice by a promising new writer.

Character is everything. Doesn’t matter how great your concept is or how exciting your plot might be – characters are what make it all work, are what make people keep reading. So, as a writer, creating characters that live and breathe and inspire emotion, be it empathy, anger, love or fear, is one of our most important tasks.

The main character in Mold and the Poison Plot was relatively easy in his early creation as I had one of those odd moments of clarity where he popped into my head, voice and all! Of course then I had to dig deeper to find out his whole story and particularly what he most wanted as this would be his motivation for everything he does.

The first layer of what Mold wants is the driving force for the story – he wants to save Aggy, the woman who has looked after him all his life and is now in danger. But underneath that, he’s also desperate to find out who he really is, who his family are and why they dumped him in a bin when he was just a baby.

As the story progresses it becomes clear that Mold is incredibly loyal and will risk himself not just for Aggy but for anyone he feels might need help and this is how he meets Fergus who becomes his very great friend.

My next step then, was to discover what Fergus most wants so that he too has his own arc and motivation. Every character needs one, however small. Sometimes it’s only the author who needs to know what they are so that it can leak into the story and the reader will pick it up without it being blatant. Fergus for example wants a best friend. He’s desperate to find someone, anyone, because a deep loneliness plagues him. This is why Mold’s early defence of him triggers such unswerving devotion.

I applied this same ethic to all my characters -Aggy, Begsy, Iric… they all needed motivation for their actions. They can’t be cardboard cutout’s just doing whatever needs doing to move the story along. They have to have strong reasons for behaving in certain ways and often it’s one of the most tricky things to do well, but it’s worth the brain power to get it right.

It was also really important to me that the antagonists in my book had believable motivations too and were more than just cliche’s. There are several villains in my book, four primary and a few secondary so you can probably tell that I do love a good baddie!

I tried to make sure they all had fleshed out reasonings that again, didn’t all make it into the book, but were clear in my head when I wrote them and therefore lent resonance. Even the worst of my villains had reasons for what they were doing and some shades of grey. None of them are evil for evil’s sake. They’re all the result of their life experiences just as we are in real life. For me, fleshing out characters like that, making them live and breathe beyond the pages, is one of the most fascinating parts of writing.

One way to build up characters is to explore their history. I found it really useful to write a brief history of the world I created. By understanding how Pellegarno was shaped both societally and politically I found much of the motivation for my villains in particular. The majority of that history never makes itself into the book but it’s there in my head, lending strength to the world, making it more believable and underpinning the situation Mold finds himself in during the story.

Sometimes it can take a while for the nuance to come out, for the backstory to develop but everything that you do to improve character improves the story in my opinion. This work is often done in later drafts when the majority of the plot is already in place but motivation is something I think you need to think about as early as possible.

Always ask yourself, why are they doing this? What do they want? if you can’t think of a reasonable answer then they really shouldn’t be doing it, however important it is to the plot!

Weak characters that are placed on the page to serve one purpose and have no agency of their own can impact on the reader’s willingness to believe wholeheartedly in the story. If you lose readers belief through weak motivation or cliche it can be hard to win them back, especially children as they find it exceedingly easy to put down a book and never finish it!

But, if readers relate to a character, if they love them or hate them, they will follow them forever through your story and every blow, every setback, every triumph will resonate. Characters, real, wonderful characters with nuance and heart and depth can open worlds, expose truth, fight injustice, create change, inspire hope, touch hearts, change minds and live on forever in the readers soul.

We just have to write them first!

You can buy a copy of Mold and the Poison Plot here or from your local bookshop! 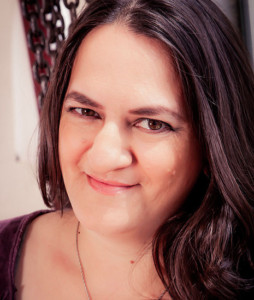 I’m the daughter of an Indian father and an Austrian mother raised on an East London Council Estate. The local library was my source of all books growing up and I never stopped reading if I could help it.

All that reading led to me writing my own stories throughout my childhood and teens while I dreamed of being a proper author one day.

Unfortunately as I grew up it seemed too impossible that someone like me could ever achieve such an ambition and I decided it was better to give up such lofty aspirations. I settled down to a normal life with a job, marriage and motherhood and kept all my stories firmly in my head.
Until that is, years later reading to my son sparked my love of writing once again and I started scribbling my own tales to read to him.

Five years of hard work led to a book deal with OUP for my debut Mold and the Poison Plot, a fantasy adventure about a boy with a remarkable nose…

A huge thank you to Lorraine Gregory and also Hannah at OUP for organising this post and embracing the #BritishBooksChallenge17.

Have you read Mold and the Posion Plot?  What did you think?  What was your favourite part?  If you have not read it yet have we tempted you to go and grab a copy?   I would love to hear from you!  Why not leave a comment using the reply button at the top of this review or tweet me on twitter using @chelleytoy!