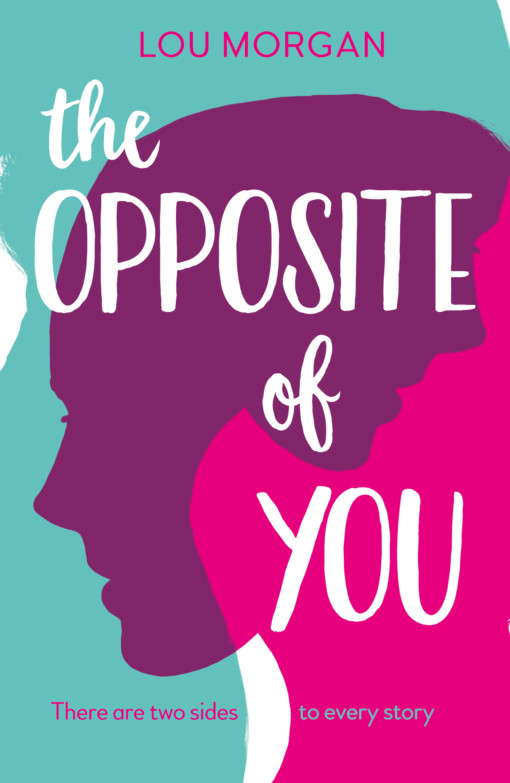 I am so excited to have another of my absolute favourite authors on the blog today to celebrate the release of her new YA Thriller, The Opposite Of You, Lou Morgan.

The Opposite Of You is released today, 4th May 2017 published by Stripes Publishing.

The Opposite Of You sounds amazing and I’ve heard fantastic things already about it and whilst this is a standalone book I hear, if you are fans of Lou’s previous YA, Sleepless, there maybe a little surprise where the two worlds may touch.  So if you pay attention when you read it you may well spot a familiar face or two…

So today I have an extra special deleted scene from The Opposite Of You….. 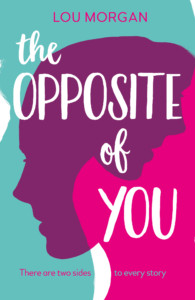 A gripping psychological thriller for YA readers.

Some bonds should never be broken… Bex and Naomi are identical twins. They used to be inseparable and play games pretending that they knew just what the other was thinking. But things have changed as they’ve got older and the twins aren’t as close as they used to be. Then Naomi goes missing and all of a sudden their childhood games take on a whole new meaning. Bex knows more about what’s going on with Naomi than seems possible. No one understands Naomi like she does and now her twin sister needs help.

The Opposite Of You – Deleted Scene

We originally wanted to have a flashback scene that showed Bex and Naomi deliberately using the link between them for something when they were younger, rather than unknowingly doing so. In the end, however, it didn’t feel like there was a natural place for it to come in their story, so it didn’t quite make the cut. It seemed a shame not to give you that insight into the two of them, though – so here’s a special ‘deleted scene’ which shows that even when you think you know which side of the story you’re on, sometimes things aren’t as straightforward as they appear…

Her sister’s voice is sharp and clear in her head – and loud enough to make her look up from her maths book. Glancing over her shoulder at the door, all Naomi sees are the lowered heads of the rest of her class working their way through the problem sheet they’ve been given; their teacher sitting at her desk making notes and the classroom assistant writing something on the whiteboard.

It’s the easiest thing in the world to answer: easier even than talking face to face. It always has been, even when they’ve been fighting.

Especially when they’ve been fighting, because it’s the only way to keep their parents out of their arguments – and there’ve been enough of those lately. Not that it matters, not really: both Naomi and Bex know that they will always find a way to work things out. How could they not?

Can you tell him I was with you? At lunchtime?

There’s a loud double knock at the classroom door and all around the room, heads look up from their problems. Only one person in the whole school knocks like that: the Deputy Head. Sure enough, the door swings open and there he is, framed in the corridor and beckoning to their teacher… but not before his eyes settle on Naomi.

What did you do, Bex?

Please? Just tell him I was with you all lunchtime.

“Naomi? Could you come here for a minute?” Miss Evans holds the door open and Naomi can feel the hot eyes of the rest of the class on her as she stands up, closes her book and walks over to where the Deputy Head is standing. He leads her out into the corridor and closes the door.

“Naomi. This won’t take a minute – I know you’re in the middle of class, and I don’t want to distract you.”

“I’ve been having a chat with your sister about something that happened this morning, and I wondered if you can help me.”

“You see, two members of staff said they saw a pupil in the staffroom this lunchtime…”

And Naomi knows where this is going. In her head, Bex is suddenly very, very quiet – she isn’t usually the one who gets in trouble…

She goes with what seems like the safest answer. “I was outside, sir.”

“I know. Besides, Mr Leonard says you were by the climbing frame while he was on lunch duty, and he spoke to you. Is that right?”

“Yes, sir. So she couldn’t have been in the staffroom.” Naomi holds his gaze. She’s never lied to a teacher before, but somehow, doing it for Bex makes it feel less bad than she’d imagined it would be.

“But Mr Leonard didn’t mention her.”

“She went to put her apple in the bin – but she came right back. She couldn’t have been in the staffroom,” she adds, repeating herself. She can see the doubt flickering in his eyes: maybe it wasn’t one of the Harper twins after all, maybe they were mistaken…

“All right. Thank you, Naomi – that helps a lot. You can go back to class now.”

You owe me, she tells her twin as she closes the classroom door and edges her way back through the chairs to her table.

I know. Thank you.

Was it you, though?

There’s a pause, then – reluctantly: Yes.

What were you doing in the staffroom, anyway? Naomi tries to hide her smile behind her hand, hoping Miss Evans doesn’t spot it – and more importantly, that Bex can’t hear it in her thoughts.

Dared you to what? Go into the staffroom?

I had to run in and touch the notice board.

Naomi lets this sink in.

And despite it all, she’s pretty sure she hears pride in Bex’s thoughts.

Thanks for covering for me.

Naomi rolls her eyes, but she smiles anyway.

You can buy a copy of The Opposite Of You here or from your local bookshop! 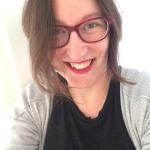 She has appeared at the Bath Children’s Literature Festival and the Edinburgh International Book Festival, and has been nominated for three British Fantasy Awards (Best Newcomer, and twice for Best Fantasy Novel). Her short stories have appeared in anthologies from Solaris Books, PS Publishing and Jurassic, amongst others. She has also written genre novel-related features for magazines including Future Publishing’s SFX and is a long- and shortlist reader for the Bath Novel Award.

A huge thank you to Lou for sharing this deleted scene and to Charlie at Stripes for asking me to host!

Have you read The Opposite Of You?  What did you think?  Are you intrigued to go and grab a copy?  Did you find the Sleepless Easter Egg in the book?  I would love to hear from you!  Why not leave a comment using the reply button above or tweet my on twitter using @chelleytoy!