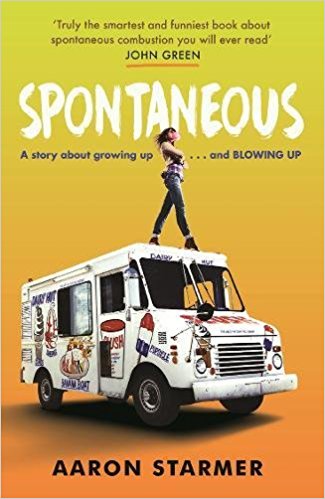 Today is the UK release day of an explosive new YA, Spontaneous by Aaron Starmer!

‘Truly the smartest and funniest book about spontaneous combustion you will ever read’ JOHN GREEN, #1 bestselling author of THE FAULT IN OUR STARS

Spontaneous is a fab YA full of humour and fun!

I am super excited to have been able to pop some questions to the author himself about the book and beyond in this brilliant Q&A….. 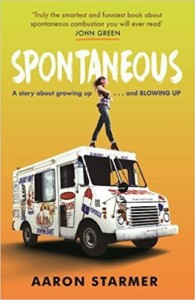 Mara’s senior year is proving to be a lot less exciting than she’d hoped, until the day – KABAM! – Katelyn Ogden explodes during third period. Katelyn is the first, but she won’t be the last senior to explode without warning or explanation. The body count grows and the search is on for a reason, while the students continue to pop like balloons. But if bombs or terrorists or a government conspiracy aren’t to blame, what is?

With the help of her oldest friend, her new boyfriend, a power ballad and a homemade disco ball, will Mara make it to graduation in one piece? It’s going to be one hell of a year, where the only test is how to stay alive and where falling in love might be the worst thing you can do . . .

Hi Aaron!  Thanks so much for being here today to answer some questions about your explosive new YA book, Spontaneous! 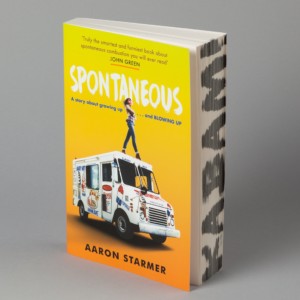 Can you tell us a little about your new explosive new YA novel Spontaneous?

I’d love to! The concept is pretty simple actually. It’s about spontaneous human combustion. That is, people suddenly going up in flames (or, in this case, exploding!). There’s a high school and during the first week of the school year, one of the seniors randomly explodes. No explanation. Just POP! Then a few weeks later it happens to another senior. Then another, and another, until the world realizes there’s something wrong with this particular class of students. A lot of people speculate about what caused it (drugs, sexuality, etc.), but the story is ultimately about how it affects these kids, and the main character in particular.

Can you tell us a little more about the main character Mara?

The best way I can describe her is to say that she’s straightforward. She says what she’s feeling and thinking, which isn’t always nice. She makes jokes at inappropriate times. Some people find her hilarious, while others might think she’s callous. At times, I guess she’s likably unlikable (if that’s a thing). But as the story goes along, I hope most readers see that there’s more to her than brutal honesty and sarcasm. She’s just trying to survive in the only ways she knows how. And she does care…a lot. You see that when she falls for a guy named Dylan and when she struggles to hold onto her best friend, Tess.

What inspired you to write about teenagers who could blow up without warning or explanation?

It just seemed to fit. When you’re a teen, every event, every emotion, everything about life feels, for lack of a better word, combustible. Or at least it did for me. Like it could all end in an instant. And sometimes it does. Some of my first experiences with loss were when I was a teen. And I wanted to explore that in the bloodiest, funniest, most dramatic and literal way possible.

On a serious note Spontaneous explores friendship and goodbyes how important was it to get this balance right between humour, honesty and tugging on our heart strings?

The trick is to ground as many things as you can in reality. The premise is absolutely absurd and that’s where the humor comes in, but you can’t make the reactions or plot twists absurd as well or else readers won’t connect with the characters. So I constantly had to think about honest, human reactions. Which means there’s a lot of confusion and vacillating emotions in the book. Also a fair bit of apathy (these are teenagers, after all). I treated it as if it were the story about a contagious virus. How would the world react to that? How would individuals?

I hear Spontaneous is in development to become a film!  Who would be your dream cast?

I haven’t really thought about that, because I don’t want to get too excited about something that’s still a long shot (and I have no power over casting decisions). A very talented writer is working on the screenplay, so I’m just excited to see that when it’s finished. If it does actually go into production, I’d love it if they could cast actual teens rather than twenty-somethings playing teens. Actual teens would bring the awkwardness and insecurities that I think are essential for a story like this.  I’d love to hear suggestions, though!

If you had to live in Mara’s hometown how would you make sure you survived?

There’s a character that’s mentioned briefly who builds a suit of armour out of duct tape to try to protect himself. It doesn’t work…obviously. That’d be me. A bit paranoid and willing to try anything to survive.

In five words – what should people expect if they picked up Spontaneous?

We would love to know a little bit more about you!  Can you give us 5 random facts we might not know about yourself?

If Spontaneous had a sound track what would it be?

There’s actually a lot of songs already referenced in the book. Leonard Cohen’s “That’s No Way to Say Goodbye,” Bon Jovi’s “Livin’ on a Prayer” and Robyn’s “Dancing on My Own,” being the three big ones. But there’s also a playlist called DRIVER F*&#ER DRIVE that Mara and Tess always listen to in their car, which is full of upbeat songs, mainly by women, and featuring some well-incorporated swears. I was imagining they were listening to a variety of styles and genres. Nicki Minaj, Tegan and Sara, Jenny Lewis, Haim, Kacey Musgraves, and a bunch of stuff that an old dude like me wouldn’t know about.

What are you working on next?  Any new exciting projects you can tell us about?

My next novel is called Meme and it’s a dark thriller/comedy about, you guessed it, internet memes. It’s in the editorial stages. I’ve got a few other projects that are just getting started, but it’s too early to talk about those. Thanks for hosting me and hopefully you can have me back when I can talk about those!

Of course!  Thanks so much for answering all of my questions.  Spontaneous sounds like all kinds of fun!

You can buy a copy of this book here or from your local bookshop! 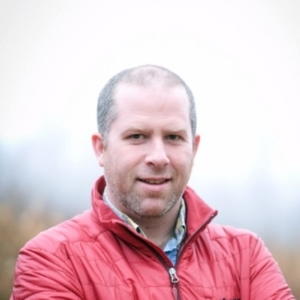 Aaron Starmer was born in northern California and raised in the suburbs of Syracuse, New York. Before pursuing writing full-time, he worked in New York City for over ten years as an editor for a travel bookseller and as an operations director for an African safari company. His middle grade and young adult novels have been translated into multiple foreign languages and have appeared on best of the year lists from Time, The Wall Street Journal, New York Public Library, YALSA, Bank Street College of Education, Chicago Public Library and School Library Journal. His latest book, Spontaneous, is in development as a film. He currently lives in northern Vermont with wife and daughter.

You can find out more about Adam on his website – www.aaronstarmer.com

You can catch the rest of this fab blog tour at the following stops! 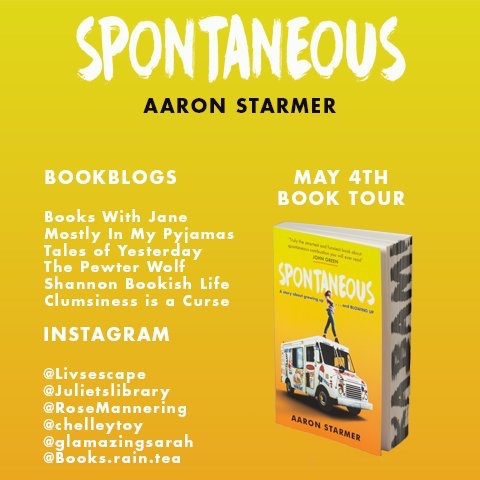 A huge thank you to Aaron for some brilliant answers and to Claire at Canongate for organising and asking me to be part of the tour!

Have you read Spontaneous?  What did you think?  Are you intrigued to go and grab a copy?  I would love to hear from you!  Why not leave a comment using the reply button above or tweet my on twitter using @chelleytoy!