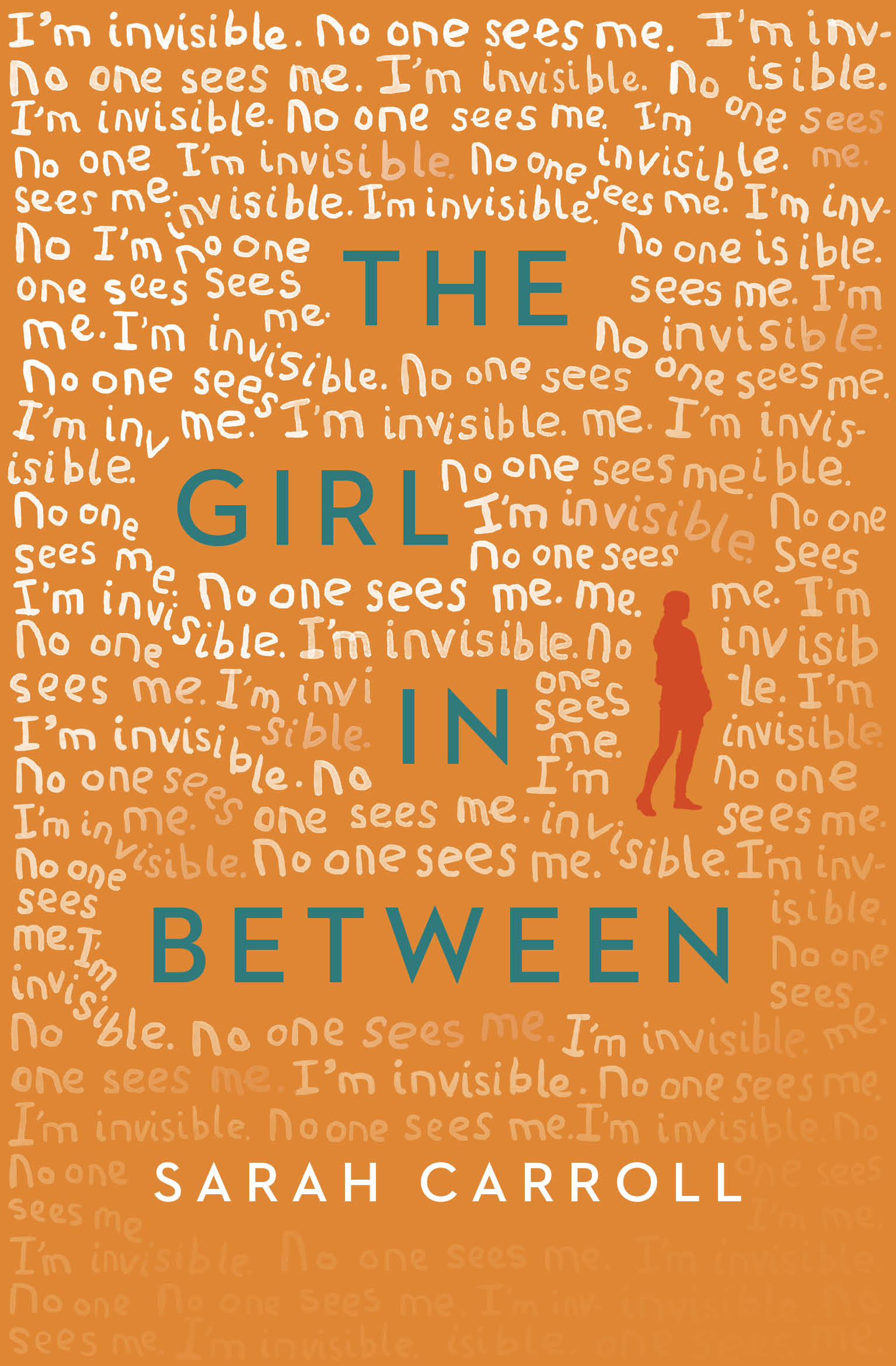 A few months ago I received an email from the lovely Hannah at Simon & Schuster about a really intriguing debut YA, The Girl In Between by Sarah Carroll.

The Girl In Between is due to be released on the 4th May 2017 and is a story about a little girl who is homeless in Dublin and sheltering in an abandoned mill with her mother – and it has an unexpected twist at the end.

Naturally I needed to know more so I put some questions to the lovely author, Sarah Carroll….. 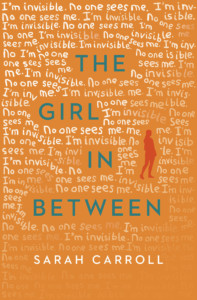 I know the mill has a story cos there’s something strange going on. I heard something. I’ve decided that I’m going to find out what it is later today when Ma leaves. Cos even if it is scary, we live here and we’re never leaving. So if there’s something going on, I need to know.

In an old, abandoned mill, a girl and her ma take shelter from their memories of life on the streets. To the girl it’s home, her safe place, the Castle. But as her ma spins out of control and the Authorities move ever closer, the girl finds herself trapped – stuck in the crumbling mill with only the ghosts of the past for company.

Can she move on before it’s too late?

Hi Sarah!  Thanks so much for appearing on Tales Of Yesterday today – I’m so over the moon to have you here!

Can you tell us a little about your debut The Girl In Between?

The Girl In Between is told by a young homeless girl who lives with her Ma in an abandoned mill in the heart of a city’s business district (it’s Dublin, though never explicitly stated). The girl calls it her Castle, a refuge from their life on the streets. She never wants to leave. But the mill is earmarked for development and the girl has noticed that there is something strange going on inside. With her safe place threatened and her own past haunting her, the girl must find a way to move on from the mill before it’s too late.

What inspired you to write this story? 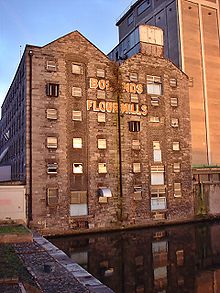 The mill is based on Boland’s Mill, a stained granite building in Grand Canal Dock, Dublin, which is currently being developed into business and living units. The old mill provided shelter to a homeless man who set up camp in it is shadow for a brief period. But both the mill and the man were largely invisible to those that passed by on their way to work everyday.

To me, the mill represented a crumbling past being replaced by an uncaring digital future. It was an embodiment of the unseen past. This inspired the themes of homelessness, grief, and moving on.

Can you tell us a little about the main character?

The main character is a young girl who has known, and lost, the security of a home. She survives the brutality of living on the streets by retreating inside her imagination, and when she finally finds in the mill a places that she can call home, it is this imagination that allows her to find beauty in the banal. But she recognises in her Ma the signs of descent into addiction. She loves her Ma fiercely and fears returning to the streets. She does everything she can to stop this from happening. She is naïve and optimistic, but ultimately brave and forgiving.

Can you tell us a little about your writing process for The Girl In Between?  Was there much research involved?

Not a lot of research, no. I spent a day or two looking up how old flour mills work, but after that, I relied on memory of my interactions with various homeless people (Caretaker is an amalgamation of three homeless men I have come across) and the girl’s imagination (to build on exaggerated almost magical world).

The story came to me fully formed. I knew the first and last lines of the book from the first day. That day, I wrote the first chapter and then set it aside as I was actually working on another novel at the time.) For three months, The Girl In Between stewed away in my subconscious and then two days after finishing the other novel, I returned to The Girl In Between. From that point, it took five weeks to complete the first draft of the novel. I would wake and take exercise, during which time I would write the day’s chapter in my head. After breakfast I would get it down on paper and, later that day, edit the previous days’ chapter. Usually, I wouldn’t break for six hours or so. That was pretty much my routine for five weeks. After that, I edited it for a few weeks. I had literally finished the first full edit two days before being contacted by my (now) agent, Claire Wilson, for the first time. That was the beginning of six months of professional edits with my publishers (the back and forth takes weeks, if not months!)

How important was it to get the themes of family and homelessness right?

Crucial. I wanted to study the meaning of home when you don’t have one, of family when it’s just two of you.

Setting out, I wondered what it would be like to be a young girl growing up without a physical place to provide the safety, comfort and belonging we all need. And when she found something that she could call home, as the girl does with the Castle, I wondered what lengths she would go to to stop it from being torn away.

I also knew from the get-go that the opening line would be I’m invisible because the most vulnerable so often are. I wanted to step over the stereotypes and see what was going on behind the begging cup, and tell I story that we as a society, and I myself, tend to ignore.

In five words – what should people expect if they picked up The Girl In Between?

We would love to know a little bit more about you!  Can you give us 5 random facts we might not know about yourself?

English was my worst subject in school.

Can you tell us a little more about your volunteering works?

In 2006 I naively went on one of those pay-to-volunteer holidays and soon realised that they are, for the most part, little more than money making schemes that exploit the idea of the poor as incapable and childlike, and, in turn, encourage the formation of projects in the host town that exploit the volunteer.

I initially set up a volunteer hostel in Tanzania so that others could avoid paying exorbitant volunteering charges and donate that money directly to a project. Over time, I began to work with local projects to assist with their long term development and to help them to find volunteers with the appropriate skill set to be of benefit to the day to day running the project (eg placing an accountant with a women’s group in need of advice on financial management, or teachers in teaching positions.)

If The Girl In Between had a sound track what would it be?

It would be a mixture of traditional and modern Irish music, with lyrics in both Irish and English, written and preformed by Enda Reilly. 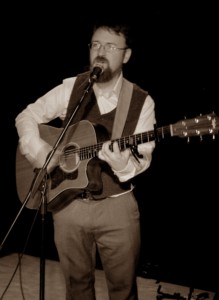 What would you like people to take away from reading The Girl In Between?

That letting go and moving on can be the ultimate freedom.

And finally what are you working on next?  Any new exciting projects you can tell us about?

Last Friday, I finished the first draft of the book that will be released this time next year. It is also based in Dublin and deals with bullying and the power of words. So I’ll be editing that just as soon as my editors get back with their massive dossier on suggested changes.

Thank you so much for answering all my questions Sarah!  The Girl In Between sounds wonderful!

You can buy a copy of The Girl In Between here or from your local bookshop! 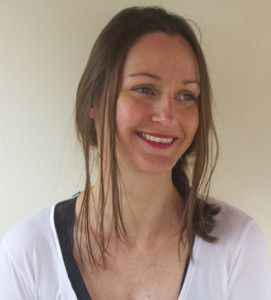 Sarah currently splits her time between a houseboat in Dublin and travel abroad. She recently returned from five years in Tanzania where she founded and ran a hostel while working to support local community projects. She continues to promote ethical overseas volunteering through her blogs and films on www.theethicalvolunteer.com, while planning her next book.

With thanks to the lovely people at Simon & Schuster I have one copy of this fab book to giveaway to one lucky winner!

You can enter via twitter by Following and RT – here

A huge thank you to Sarah for answering all of my questions!  And to Hannah at Simon and Schuster for organising and asking me to host this Q&A and giveaway!

Have you read The Girl In Between?  What did you think?  Are you intrigued to go and grab a copy?  I would love to hear from you!  Why not leave a comment using the reply button above or tweet my on twitter using @chelleytoy!