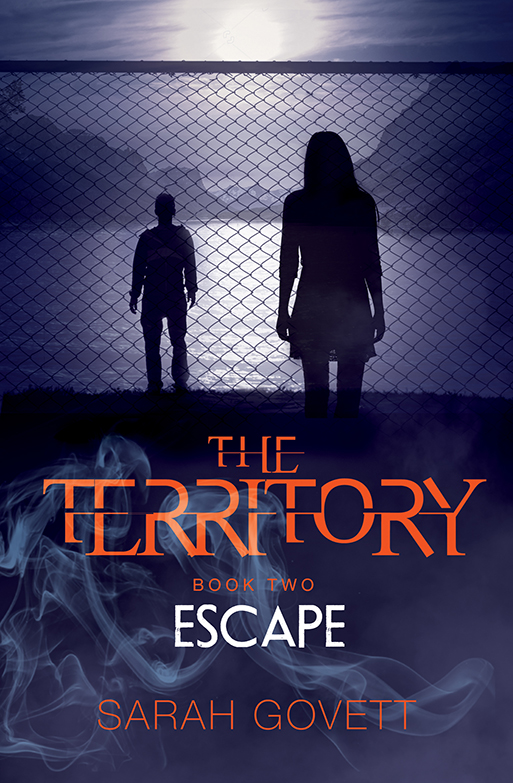 Today I have a fab guest post from the lovely Sarah Govett, author of the brilliant YA dystopian The Territory trilogy!

The Territory and The Territory:  Escape were released in 2015 and 2016 published by Firefly Press and with the third book in this fab trilogy due very soon I thought it would be perfect to showcase these fab books on my blog!

Today Sarah chats about blurring the lines between science fact and science fiction in this fab guest post…. 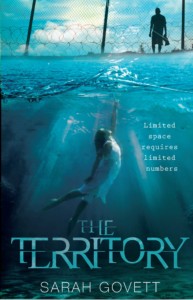 Noa Blake is just another normal 15 year old with exams looming. Except in The Territory normal isn’t normal. The richest children have a node on the back of their necks and can download information, bypassing the need to study. In a flooded world of dwindling resources, Noa and the other ‘Norms’ have their work cut out even to compete. And competing is everything – because anybody who fails the exams will be shipped off to the Wetlands, which means a life of misery, if not certain death. But how to focus when your heart is being torn in two directions at once? One of The Telegraph’s best YA books of 2015 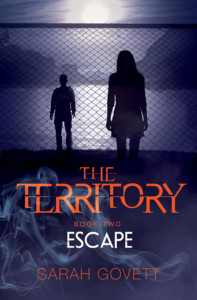 The year is 2059. Fifteen-year-old Noa Blake has passed the exam to stay in The Territory but her childhood friend Jack has been shipped off to the disease-ridden Wetlands, a death sentence in all but name. Noa and Raf have vowed to rescue him, but how? With an electric fence, gun towers and a police state monitoring their every move, getting into the Wetlands looks impossible, let alone getting home again. Second in The Territory trilogy, The Territory, Escape follows Noa, Raf and Jack as they battle through a world of raiders, mosquito swarms and psychopathic prisoners. Noa faces her own battle too is it just friendship that drives her and if not, is Jack still even hers to claim?

Blurring the Line Between Science Fact and Fiction

Today, on the 1st July I’m going to be at Bradford Literature Festival discussing ‘The Reality Behind Dystopian Futures’ and it’s got me thinking again about the world of The Territory (my dystopian trilogy) and whether it could ever come into being. Officially categorised as ‘fantasy’ (on the cover) or ‘science fiction’ (on Amazon), the more I read and research, the more I think that a better descriptor might be ‘speculative fiction’ in the Margaret Atwood sense of a future that could really happen.

In The Territory half of Britain is underwater as a result of flooding caused by unchecked global warming. OK, so I admit, this is unlikely to be the case in 2059, the year the series is set, but I would posit that it is an exaggeration rather than a mere flight of fancy. Research group Climate Change has predicted that a 4C temperature increase (the most likely scenario given the current rate of increase) would result in a sea level rise that would submerge land currently home to 470 to 760 million people worldwide. Closer to home this would mean in London areas including Battersea, Chiswick and the entire borough of Lambeth would be submerged, vast parts of Edinburgh, Liverpool and Belfast would disappear and almost all of Cardiff and Dublin could be underwater.

It would be nigh impossible to fit and feed the current population in a dramatically reduced land mass so very difficult decisions would have to be taken. In The Territory the new authoritarian government, the Ministry, has introduced an exam everyone has to sit aged 15. Pass and you get to stay on the dry land, the Territory, fail and you’re shipped off to the malarial wetlands for a life of misery if not certain death. The Minister claims that the system is fair as it applied to everyone regardless of colour, class or creed, but the reality is very different. Exams prioritise logical subjects at the expense of more creative ones and the richest people in society can pay for a procedure on their kids whereby they can upload information from computers directly into their brains, virtually bypassing the need to study.

So could this happen?

Well, again it’s probably not as far a stretch of the imagination as it might at first seem. Elements already exist. We currently examine teenagers within an inch of their lives. I’ve worked as a private tutor for the past 13 years and I’ve seen first hand how much pressure our education system places on young people. Some kids, including very bright ones, fall to pieces in exams – exams which are going to determine their future. Indeed in 2015/16 alone Childline conducted 3077 counseling sessions on coping with exam stress. Moreover, our education system does elevate logical subjects – Maths beats History, Science tramples over Art. And Students who are ill-prepared by their schools have to compete against peers who have been spoon-fed the answers by their teachers or family members and private tutors.

As for the more sci-fi element – the Childes who can upload – well, in the summer of 2015 the Director of Engineering at Google predicted that by 2030 people would be able to connect their brains to the internet via DNA nanotubes and thereby be able to artificially enhance their own intelligence. So we’re not a million miles away.

Finally malaria – could this come to Britain? When I wrote book 1, I’d kind of assumed that this wouldn’t happen, well not within my lifetime. But then, when I’d finished, I did some research and found that climate model scientists have predicted that by 2030, mosquitoes carrying the malarial plasmodium will be able to breed in Southern England  for up to 3 months of the year. 2030 is the year to watch out for.

In summary, I would hate the world of The Territory to come into being, but maybe, on the current path we’re on, certain elements are inevitable. The important thing then, is to change that path.

You can buy Sarah’s books here or from your local bookshop! 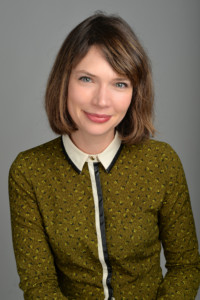 I read law at Trinity College, Oxford. After qualifying as a solicitor, I set up my own tutoring agency, Govett Tutors, which specialises in helping children from all backgrounds.

I have also written for children’s television. I have two young children, and live in London with my stand-up comedian husband.

You can find our more about Sarah on her website – www.sarahgovett.com

A huge thank you to Sarah for such a fan and thought provoking blog post and to Karolina Davison for organising.

Have you read The Territory or The Territory:  Escape?  What did you think?  Are you intrigued to go and grab a copy?  I would love to hear from you!  Why not leave a comment using the reply button above or tweet my on twitter using @chelleytoy!