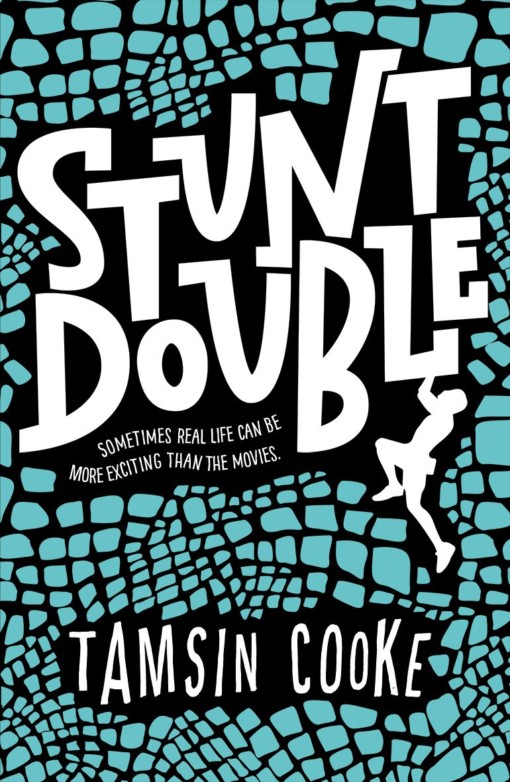 Today I am super excited to be part of an awesome blog tour and have the wonderful Tamsin Cooke on Tales with a fab guest post to celebrate the release of her new book Stunt Double! 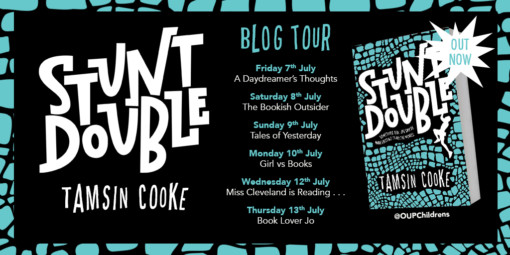 Stunt Double was released on the 6th July 2017 published by OUP and is an action packed MG read that will leave you wanting more!

Today Tamsin tells us about the research behind the book and some of the exciting things she got up to ….. 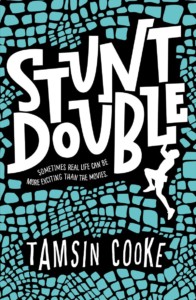 An action-packed adventure story with an exciting film location setting.

Finn is a free-running black belt, with a talent for acting-but when his big break arrives, it’s not the role he was expecting at all.
Recruited as a stunt double, he’s pushed to his limits-scaling walls at high speed, jumping from dizzying heights, and diving into rocky waters-all without any safety gear. He’s determined to push himself, but as the stunts get more dangerous, the lines between movie and reality are really starting to blur, and it becomes clear that he’ll be luckily to escape this shoot with his life.

A brand new adventure for readers aged 9+, from the author of The Scarlet Files.

I was incredibly excited the moment I got the initial flash of inspiration for Stunt Double. However it occurred to me that I knew very little about the world of stunts. My knowledge consisted of what I’d read in the papers (where stunts have ended badly) or from a TV programme. For those of you not old enough to remember, ‘The Fall Guy’ was a 1980’s TV show based in America about a stuntman moonlighting as a bounty hunter. Using his knowledge of stunts and film effects, he would track down and catch criminals.

Luckily for me, I adore research. And whenever I get a new idea for a story, I can’t wait to delve into the subject matter, learning everything I can. And this time, it was going to be even more fun because I was entering the world of stunts.

At first, I visited libraries and scoured the Internet. I discovered the different disciplines of stunt performers:

You are required to be qualified to competitive level in six or more of the above categories, one of which must be in Fighting. Plus you must have qualifications in at least four of the groups. That is an awful lot of work and a huge required skill set!

I was desperate to meet a real life stunt performer and was thrilled when Annabel Canaven, a professional stuntwoman generously gave up her time to meet me over coffee and cake. And wow – I think she might be one of the coolest people I have ever met.

Annabel explained how stunts are set up – how it’s all about the planning and the safety. A stunt coordinator has a team of trained professionals and together they create the stunt, which the Stunt Coordinator oversees. It’s a fun, supportive environment, where you have to trust each other.

The film crew record the stunt a minimum of three times using many cameras from different angles. Then the director selects the best shot for editing. On occasion, when it’s a really expensive stunt, you might only get one take. Then the pressure is really on!

Annabel showed me pictures of her rolling down the stairs, dressed up as a stunt double alongside the actor, as well as being set on fire. She also showed me video footage of her free falling sixty feet without any wires or cranes. She lands on a bunch of cardboard boxes. Yes – I did say cardboard boxes. They decelerate your fall.

In fact I have learnt that cardboard boxes are a staple of the stunt world. I was incredibly lucky to visit The British Action Academy, the UK’s only stunt school. It’s run by Andreas Petrides who has been a stunt man for twenty seven years and worked on over 500 productions worldwide. If you think of a film or TV programme- he’s probably been in it or orchestrated the stunt. Harry Potter, Star Wars, Merlin… even Poldark!

He is up there with the coolest people too! Andreas allowed me to wander around while the training took place. I saw what stunt performers sometimes have to wear – the body armour of padding or the jerk vests (vests that connect you to wires allowing you to be jerked through the air). I saw cranes, ropes, wires, mats and of course lots of cardboard!!! 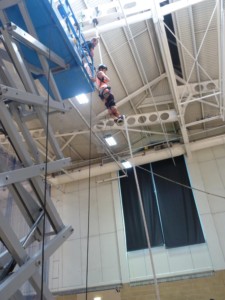 During my visit, the trainees were learning how to crash a bike into a car. And the car was made of? You guessed it – cardboard boxes! The trainee had to cycle down a slope, then jump onto the saddle of their bike. (I have to admit – I thought that was a daring enough stunt in itself). Then they hurtled towards the cardboard car (with a mat on top) and just before they made impact, they somersaulted over the top onto a crash mat behind. It looked fantastic. I decided not to have a go, and just took pictures instead!!! 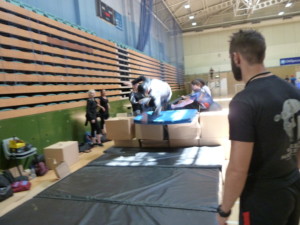 I watched the trainees slide down rope from the vaulted ceiling and be jerked in the air by a wire. They re-enacted a brawl and took turns being flung down a slope rolling over and over. 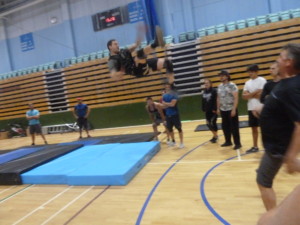 It made me realise what kind of character you have to be in order to become a stunt performer. You have to be brave, physically capable and also patient. Andreas was telling me how there is a lot of waiting around on set as you have to make sure the stunt is safe. But one of the most important characteristics that hadn’t occurred to me until I met these fabulous people, is that you cannot be reckless. One of the instructors said, ‘They’re stuntmen, not daredevils.’  There’s an old adage then anyone can be a stunt performer once… they just might not live to tell the tale… 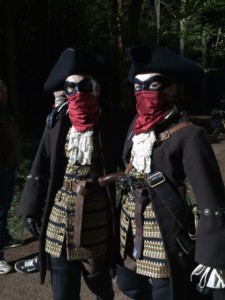 You can buy a copy of Stunt Double here or from your local bookshop! 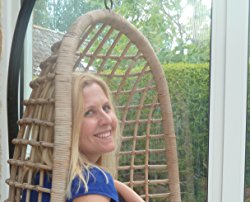 Born in Lancashire to a Polish mum and English dad, Tamsin spent lots of the first twelve years of her life in different countries. She learnt to walk in South Africa, roller-skate in Florida and synchronise swim in Hawaii. This has given her a great love of travel which she does whenever possible. She also adores having adventures and seeing wild animals. Since writing Cat Burglar, Tamsin has become fascinated with spirit animals. She’d like to think her spirit animal is a jaguar or a wolf. But her friends tell her it’s a Labradoodle.

A huge thank you to Tamsin for such a fab guest post and to OUP for organising and asking me to be part of the blog tour!

Have you read Stunt Double?  What did you think?  Are you intrigued to go and grab a copy?  I would love to hear from you!  Why not leave a comment using the reply button above or tweet my on twitter using @chelleytoy!