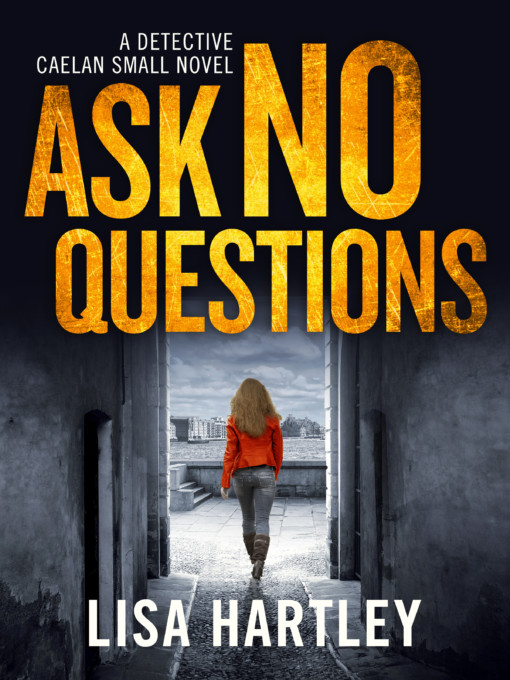 Today I have a fab guest post to celebrate the release of Ask No Questions by Lisa Hartley.

Ask No Questions was release on the 10th July 2017 published in ebook format and is set to be a page turning adult fiction thriller that will set your pulse racing!

So today I thought we should find out a little about the main Detective in the novel, Detective Caelan Small….. 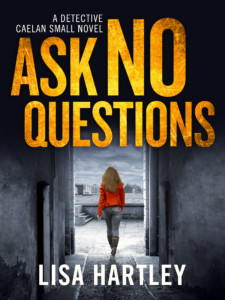 Some secrets were meant to stay hidden… Trust no-one

After an operation goes badly wrong, undercover specialist Detective Caelan Small leaves the Metropolitan Police for good. Or so she thinks. Then the criminal responsible is seen back in the UK.

Soon Caelan is drawn back into a dangerous investigation. But when the main lead is suddenly murdered, all bets are off. Nothing is as it seems. Everyone is a suspect – even close colleagues.

Someone in the Met is involved and Caelan is being told to Ask No Questions.

This isn’t an option: Caelan needs answers… whatever the cost.

The nerve-shredding new crime thriller from bestseller Lisa Hartley starts a must-read new series. Perfect for fans of Angela Marsons and Robert Bryndza, it will keep you guessing until the very end.

Thank you for the opportunity to write a guest post about Detective Caelan Small, the main character in my latest book, ‘Ask No Questions’. I’m so excited about bloggers and readers meeting Caelan, and stepping into her world. She’s a character I’ve really enjoyed getting to know, and as this is the first book in a new series, I feel there’s much more to come from her.

Here are five things to know about Caelan:

1) Caelan was a police officer with the Metropolitan Police, specialising in undercover work. At the beginning of the book, she has resigned from her job. Her decision was made when operation she was involved went disastrously wrong. During the fallout which followed, Caelan decided she could no longer work for the Met. She went on holiday to Egypt to recover, and to consider her options. Before long, she is offered an opportunity, and has decisions to make.

2) She is loyal to her colleagues, and willing to stick her neck out for the people she trusts. In her job, she and the people she worked with had to rely on each other, especially during undercover operations, when a mistake could have cost them their lives. She knows who she can trust, or believes she does. As the book progresses, and Caelan is drawn deeper into an investigation, she begins to question everything she thought she knew.

3) Caelan has lived in London for nine years, though she doesn’t feel as though she has explored the city as much as she would have liked to. She’s spent a lot of time getting to know the people and places of the darker side of the city, and not so much seeing the sights. She recently moved into an apartment in Rotherhithe, on the banks of the Thames, and previously lived in Camden.

4) She is confident in her own abilities, and knows her own worth. The head of her undercover unit describes her as “the best we have”, and most of her fellow officers agree. Some, however, believe Caelan is a liability, and aren’t afraid to voice that opinion.

5) Her name is pronounced “Kaylen”. Not Carlin, Callen or Colin. Some sources say “Caelan” is an Irish or Gaelic name meaning ‘powerful warrior’ or ‘child’. I’ve read it was originally thought of as a boy’s name, but more recently has been used for girls as well.

You can buy a copy of Ask No Questions here

Or why not add this to your Goodreads list here 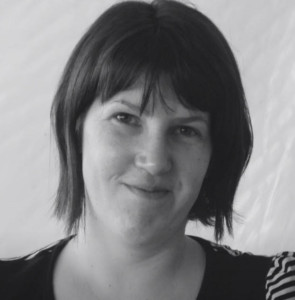 Lisa Hartley lives with her partner, son, two dogs and several cats. She graduated with a BA (Hons) in English Studies, then had a variety of jobs but kept writing in her spare time. In addition to this new series with Canelo she is also working on the next DS Catherine Bishop novel.

You can find out more about Lisa on her website – www.lisahartley.co.uk 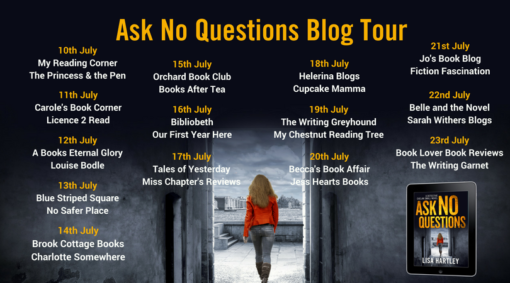 A huge thank you to Lisa for a fab guest post and to Faye Rogers for asking me to be part of his fab blog tour.

Have you read Ask No Questions?  What did you think?  Do you love a good thriller?  I would love to hear from you!  Why not leave a comment by clicking the reply button at the top of this page or tweet me on twitter using @chelleytoy