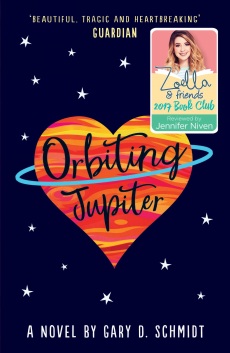 Orbiting Jupiter by Gary D. Schmidt was one of my favourite books that I read last year.  In fact it featured on my Best Books Read in 2016 list here

Published by Andersen Press Orbiting Jupiter completely took me by surprise and simply mived me to tears.

It may be a short contemporary YA read, but it certainly hit me with all the feels all at once which have stayed with me for quite some time.  Orbiting Jupiter is a story about love, family and friendship and a message of never giving up on what you believe in no matter what.  I smiled, I shed tears and I felt so much love for these characters.  In fact thinking about it now is making me emotional all over again.  The ending in the book broke me completely.  Orbiting Jupiter is just as simplistic and beautiful as it is sad and heart-breaking.  Friendship, family, unconditional love and hope.  It will make you smile, it will make you angry, it will make you cry, but most of all it will leave you with the feeling that no matter what some things are worth fighting for.

You can find my full review here

I was over the moon to find out that Orbiting Jupiter has been picked for the Zoella and Friends 2017 book club (#ZoellaBookClub) by the lovely Jennifer Niven!

As you can tell Jennifer and I are huge fans of this book!

I am so honoured today to have the brilliant Gary D. Schmidt on Tales with a brilliant Q&A about Orbiting Jupiter and more…. 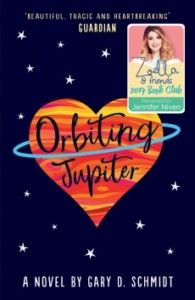 A heartbreaking story, narrated by twelve-year-old Jack, whose family is caring for fourteen-year-old Joseph. Joseph is misunderstood. He was incarcerated for trying to kill a teacher. Or so the rumours say. But Jack and his family see something others in town don’t want to.
What’s more, Joseph has a daughter he’s never seen. The two boys go on a journey through the bitter Maine winter to help Joseph find his baby – no matter the cost.

You can find my full review of Orbiting Jupiter here

Hi Gary!  Thank you so much for taking the time to be here today to chat about Orbiting Jupiter!

How would you describe Orbiting Jupiter to someone who hasn’t read it?

Orbiting Jupiter is the story of two boys, close to each other in terms of age, but infinitely far apart in terms of experience.  Jack’s journey is to understand a kid who has been in prison, who has a daughter, and who has lost the only one he ever loved; Joseph’s journey is to allow Jack to take that journey.

The character of Joseph is so life-like and multi-layered, how did you develop him, was he based on someone you had met?

Though this is not their story, both Joseph and Jack are based on real boys I’ve met in juvenile detention homes.  I wanted Joseph to be complex, though he hardly ever speaks in this novel.  He’s the kid we judge too quickly, the kid we blame, the kid we don’t think is ever going to amount to anything but trouble, and who we dismiss without even giving him a chance to be his best and largest self.  Those are the very kids to whom we need to give more attention–more grace.

The setting feels so much part of the novel, winter on the farm with the dairy cows, what was it that felt like the home for your book?

The setting is based on a real farm in East Sumner, Maine, where I have brought my own students and where the owners take in foster children.  It’s an organic dairy farm, and sits in a bowl within the northern Appalachians; it embodies so much of what I love in New England:  resourcefulness, independence, an embrace of winter’s beauties and challenges.  It does sort of feel like home a bit.

There is a real sense of brotherhood and family in the book – was that based on anything you’d experienced or seen yourself?

I’m glad that sense of brotherhood and family comes through in the book.  The two models for Jack and Joseph had been in the facility in which I met them for a year, and neither had seen any family member.  Years ago, I also knew a couple that took in foster kids–which I thought was wonderfully noble–until I learned that they mostly did this for the income the state provided. That was thirty-five years ago, but I have never forgotten my distaste for someone who would see these kids as a source of cash–and back then, I imagined the opposite:  a noble and altruistic family who would use any income toward a college fund–which of course wouldn’t pay for all of college, but would send a profound message of hope and confidence toward these kids.

Orbiting Jupiter packs such an emotional punch, especially the ending – without spoilers, was that always intentional?

Well, avoiding spoilers:  The ending was intentional.  I don’t particularly like Hallmark card endings, where everything comes out fine, as neatly tied up as a twenty-one minute sit-com.  Those books have their place, of course, but they’re not the books I want to write.  It seems to me that we need to offer honesty to young readers, and it is honest to say that sometimes, things don’t always work out all right.  Sometimes it’s okay to ask, “Where the hell are the angels?”  If we don’t say that, then what happens to a young reader when things really don’t turn out well in life?  If we send the message that that’s unusual, we are messaging a lie.

How do you write – do you plan the whole thing meticulously, or is it more free-flowing?

I wish I could say that I plan things out meticulously before I write.  Maybe when I grow up, I’ll be that writer.  You cannot believe how many times I’ve been in a school auditorium, and a student asks, “Do you use an outline?” and every teacher in the auditorium is looking at me with eyes that are saying, “Tell them you do!  Tell them you do!”  But in truth, I don’t.  Part of writing is discovery, and that means not pre-planning everything to the point that there is nothing left to discover.  When I finish a page, I really do not know what is going to happen next, and that feels right to me:  it puts me in the same place as the reader, who also doesn’t know what happens on the next page.  It helps to be in that same posture.

What books would you recommend to someone who enjoyed this book?

If you enjoyed Orbiting Jupiter, you might also like Gary Paulsen’s The Tent, about a father and son who go on the revival circuit–no kidding. 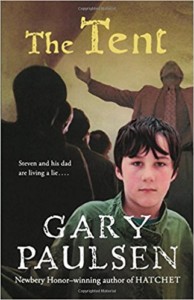 Others might be Anne Fine’s Flour Babies, Katherine Paterson’s The Great Gilly Hopkins or her Jacob Have I Loved. 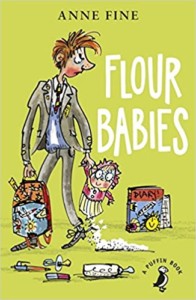 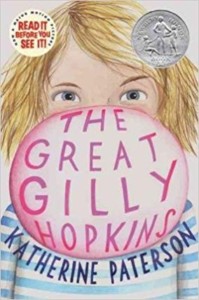 In some ways, Jack is modelled a bit upon Simon in The Nargun and the Stars–one of my very favourite books in the world. 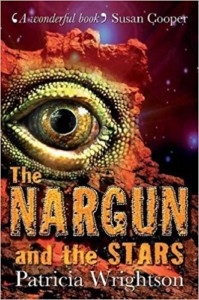 If you’re in high school, I’d also recommend Cormac McCarthy’s The Road, though this is a harrowing read, not at all for the faint of heart. 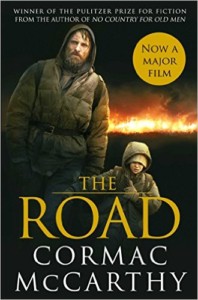 Which authors or writers inspire you?

What author’s inspire me?  I always begin with Henry David Thoreau, though he is much out of favor these days–but that voice!  By contrast, Giovanni Guareschi’s wit and spare storytelling amazes me; I just the other day bought a first edition of his The Little World of Don Camillo, since the copy I have on my desk is falling apart.  For language skills, Robert Frost, followed closely by the poet Jane Kenyon, though they are very, very different.  For character, Avi; for plot, Dickens every time; for setting, Jill Paton Walsh; for tonality, Susan Cooper–no one can touch her; for sheer brilliance, M. T. Anderson.

For young people going through something similar to Joseph, or Jack, what advise would you give them?

What’s next for you, are you writing more?

I’ve been doing some short stories, since it’s a form I would like to learn to do better.  But the next novel will be done soon.  It’s about a butler who comes to a suburban American family to teach them about cricket–and about much more.

Thank you so much for answering all my questions Gary.  It’s honour to have you on Tales.

You can find my full review of Orbiting Jupiter here 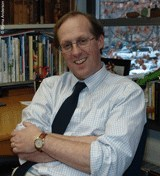 Gary Schmidt is a professor of English at Calvin College in Grand Rapids, Michigan. He received both a Newbery Honor and a Printz Honor for Lizzie Bright and the Buckminster Boy and a Newbery Honor for The Wednesday Wars. He lives with his family on a 150-year-old farm in Alto, Michigan, where he splits wood, plants gardens, writes, and feeds the wild cats that drop by.

You can find out more about Gary D. Schmidt on his website here

A huge thank you to Gary for a fab Q&A and to the wonderful Harriet at Andersen Press for asking me to feature this brilliant Q&A.

Have you read  Orbiting Jupiter?  What did you think?  Has this Q&A convinced you to pick up a copy and read?  I would love to hear from you!  Why not leave a comment by clicking the reply button at the top of this page or tweet me on twitter using @chelleytoy