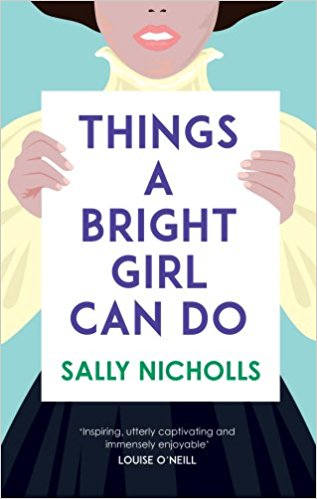 Today, 7th September 2017, is the publication day of the wonderful Things A Bright Girl Can Do by Sally Nicholls and I am over the moon to be kicking of the blog tour for this amazing book with the opening chapter of the book!

Things A Bright Girl Can Do tells the story of three girls, Evelyn, May and Nell, caught up in the Suffragette movement and has had rave reviews already!

So sit back, relax and read this extract from the opening chapter… 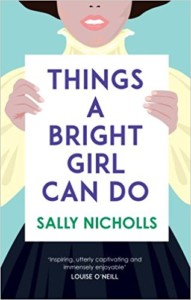 Through rallies and marches, in polite drawing rooms and freezing prison cells and the poverty-stricken slums of the East End, three courageous young women join the fight for the vote.

Evelyn is seventeen, and though she is rich and clever, she may never be allowed to follow her older brother to university. Enraged that she is expected to marry her childhood sweetheart rather than be educated, she joins the Suffragettes, and vows to pay the ultimate price for women’s freedom.

May is fifteen, and already sworn to the cause, though she and her fellow Suffragists refuse violence. When she meets Nell, a girl who’s grown up in hardship, she sees a kindred spirit. Together and in love, the two girls start to dream of a world where all kinds of women have their place.

But the fight for freedom will challenge Evelyn, May and Nell more than they ever could believe. As war looms, just how much are they willing to sacrifice? 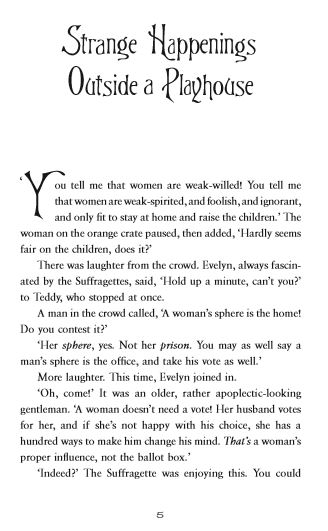 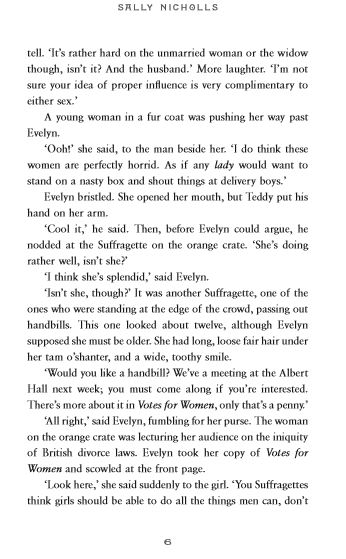 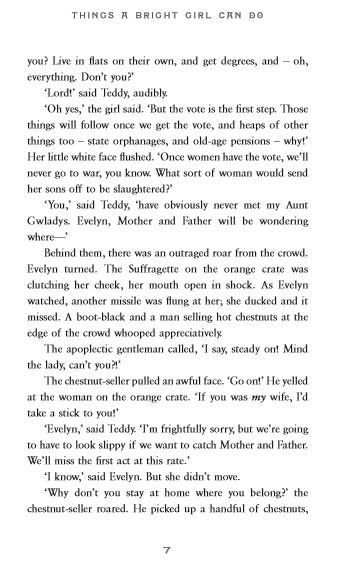 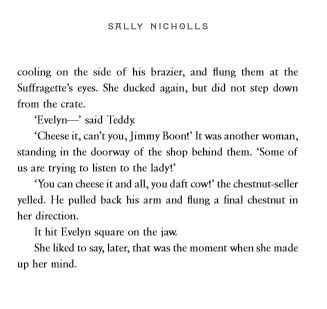 You can buy a copy of Things A Bright Girl Can Do here or from your local bookshop! 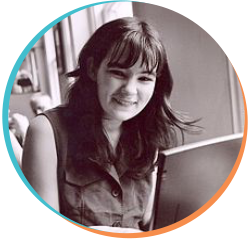 I was born in Stockton-on-Tees, just after midnight, in a thunderstorm. My father died when I was two, and my brother Ian and I were brought up my mother. I always wanted to write – when people asked me what I wanted to be when I grew up, I used to say “I’m going to be a writer” – very definite.

I live in a small house in Oxford with my husband and little boy.

You can find out more about Sally on her website – www.sallynicholls.com 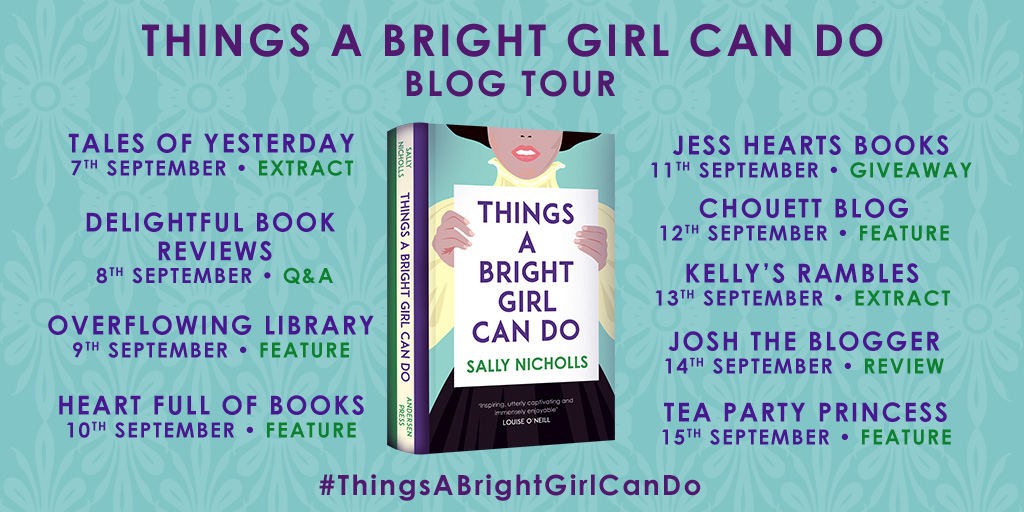 A huge big thank you to Harriet at Andersen for asking me to be part of and kick off this fab blog tour and to Sally for such a fab book!

Have you read Things A Bright Girl Can Do?  Did you enjoy?  What do you love about historical fiction?  I would love to hear from you!  Why not leave a comment using the reply button at the top of the post or tweet me on twitter using @ChelleyToy !