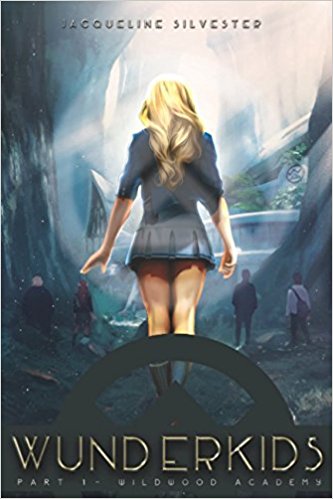 I am so excited to have been asked to be the final stop on the amazing Wunderkids blog tour!

Wunderkids by Jacqueline Silvester was released on the 18th June 2017 and is set to be a dystopian YA thriller that will have you turning the pages!

Today I have the lady herself on Tales with a super guest post about creating the ideal super villain…. 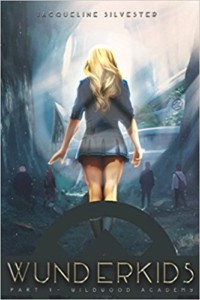 15-year-old Nikka is invited to attend Wildwood Academy, a prestigious but secret boarding school for talented youth located deep in the Californian mountains. Once there, Nikka quickly falls in love with her bizarre classes, the jaw-dropping scenery and… two very different boys. However, Wildwood Academy has a dark and twisted secret, one that could cost Nikka the one thing she had never imagined she could lose, the one thing that money can’t buy. It is this very thing that Wildwood Academy was created to steal. Nikka can stay and lose everything, or she can risk death and run.

5 Steps To Creating Your Ideal Villain

A good villain is very important. Villains create opposition to the desires/motives of your protagonist. Villains also create instability, they cause chaos, and they can add a lot of entertainment value to your story.

Step 1- Flesh out your villain

Who is your villain? What does he look like? How does he move? What are some evil things that he does or has done? Does he torture people? Does he eat them? Is he a dictator? A traitor? A pirate? A monk? Perhaps he’s just a normal person with a sinister agenda?

How does he act? Is he manic? Eerily calm? Does he like to watch people scream?

You get the picture.

Ask yourself 1000 questions, Pinterest relevant photographs, and re-watch films with your favorite villains, then hone in on what your villain looks like. Describe how they speak and how they move. Once you have a general idea of what your villain is like, you can start working on how they came to be that way.

If you believe in the idea that no one is born evil then you are expected to explain how your villain became evil in the first place, and your explanation needs to be convincing. This is where backstory matters. Was your villain neglected as a child? Seduced by greed and corruption? Irreparably hurt by someone? Did they watch their parents get taken away, like Magneto? Were they abused like the Joker? Or driven to insanity like Harlequin?  Can you tell I really like Marvel?

Write a paragraph about your villain’s history, and then create a timeline of events and actions that have shaped them and led them down the wrong path. Personally, I like villains with sympathetic backstories, because they make you question yourself as a reader/viewer, how could you empathize with someone who has done such evil things? Think back to the Darkling, or Maleficent.

What does you villain want? What are their end goals? What are their motivations in the long term? What (if anything) would technically make your villain happy? What would satisfy or appease them? Villains who are simply born evil and have no concrete desires or motivations are flat.

Step 4- Develop their fear factor and their duality

What is it that truly makes your villain scary? Is it a lack of empathy? Or excessive cruelty? Senseless actions? Limitless control?  Not all villains are grand or epic; a high school bully can be a villain, or a nasty parental figure. What’s important is not the extent of their villainy, but the way that they make people feel. Think about what you are afraid of. To some people a politician who is threatening their freedom is a villain; to others it can be a cruel teacher that made them give up on their dreams. It’s important to decide what exactly makes your villain scary. How will they wake fear/anxiety/terror in your protagonist and your reader?

The best villains are full of duality. Beautiful exteriors combined with horrible motives, like Mrs. Coulter from the Dark Materials trilogy, or a peaceful and comforting air combined with malicious plans. There is a reason that evil porcelain dolls, killer clowns, child ghosts, and many other such polar combinations are so prevalent in horror. We fear that which deceives us, and we find duality fascinating. With that same duality in mind you should try to humanize your villain so that the readers can empathize with them. Everyone loves a villain you can root for like the Darkling, Loki, Mystique and Cat Woman.

Plan out their relationship, what are its parameters? In what way does your villain create opposition for your protagonist? Draw a timeline of their lives intersecting. You don’t have to follow the timeline exactly but it’s helpful to draw something out. Harry Potter’s entire life was affected by Voldemort’s actions, in one way or another. Now that you know what your villain looks like, how they became this way, what motivates them, and what humanizes them, all that is left is to figure out how these factors will affect your protagonist and their journey.

For a list of notable bookish villains visit a previous stop on this tour hosted by @Popthebutterfly.

Thank you so much to Michelle for hosting this last stop on the Wunderkids books tour! It was an amazing and fun ride, full of wonderful bloggers and epic questions.

You can buy a copy of Wunderkids here 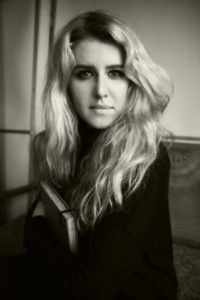 Jacqueline has had a colourful and dual life thus far; she’s lived in a refugee camp in Sweden, a castle in France, a village in Germany, and spent her formative years in between Los Angeles, London and New York. As a result, she speaks four languages. Jacqueline has a Bachelors in English Literature from the University Of Massachusetts, and a Masters in Screenwriting from Royal Holloway, University Of London. After graduating she wrote her first novel and began writing cartoon screenplays. The two years she spent in an arts boarding school in the woods have inspired the particular world described in her debut novel Wunderkids. She lives in London with her husband, her excessive YA collection and a hyper husky named Laika. Wunderkids has been translated into a number of languages and featured in Vogue magazine!

You can find out more about Jacqueline Silvester on her website – www.jacquelinesilvester.com

Catch up of the rest of this epic fab blog tour at the following stops! 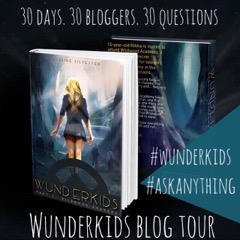 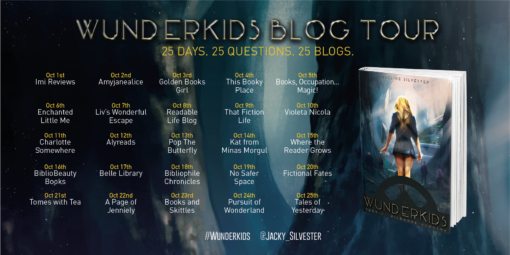 A huge thank you to Jacqueline for such a fab guest post and for having me as part of the tour!

Have you read Wunderkids?  Did you enjoy?  What did you love about it?  Who are your favourite villian and why?  I would love to hear from you!  Why not leave a comment using the reply button at the top of the post or tweet me on twitter using @ChelleyToy !