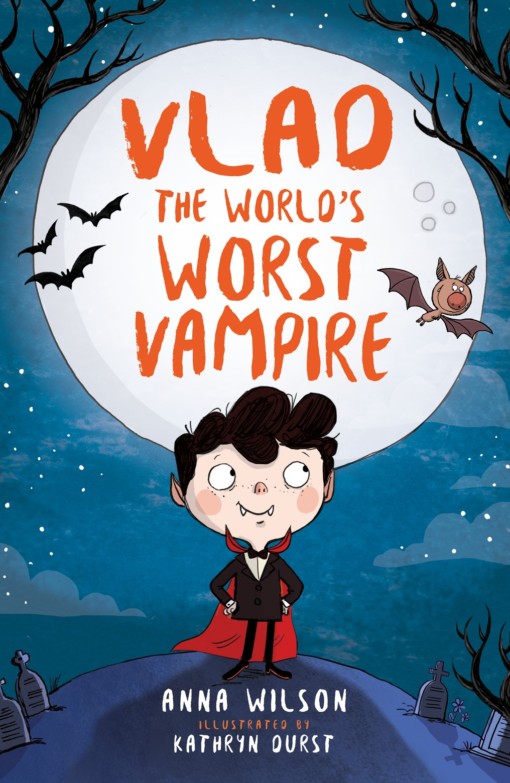 Today I have a fab post to sink your teeth into in preparation for Halloween!

Meet Vlad The Worlds Worst Vampire a brilliant new MG children’s book by Anna Wilson which was released on the 7th September published by the wonderful Stripes Publishing.  All topped off with wonderful illustrations by Kathryn Durst.

So today I have the lady herself, Anna Wilson, with some of her top fictional Vampires….. 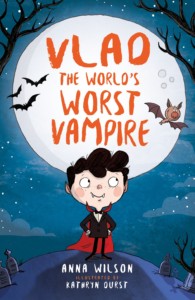 Vlad is the youngest member of the Impaler family, the bravest vampires that ever lived. But Vlad isn’t very brave at all. He’s even a little bit scared of the dark!

All Vlad wants is some friends and he thinks he knows just where to find them… Human school! So off Vlad goes, along with his pet bat Flit.

But how will Vlad keep his true identity secret from his new friends? Not to mention keeping them hidden from his family!

A gentle and funny story of a little vampire who wishes he was human – this is DIARY OF A WIMPY KID meets Hotel Transylvania.

“Here’s a nice normal girl in an ordinary world. Show us your fangs! Hey, Mona!”

I loved watching this series with my kids when they were small. Mona is a child with an extremely over-active imagination – she likes to play at being a vampire with her friends. Or is she playing? The cartoon cleverly switches between what is real and what is imagined while leaving space for the viewer to make up their own mind. What I enjoyed most about the cartoon was that it seemed to say that imaginary play was as real as you wanted it to be – if you believed you were vampire that could defeat zombies, then you were a vampire that could defeat zombies! Mona uses her vampire skills to solve mysteries but also to help her cope with everything from school bullies to annoying teachers. I think she has inspired me in creating Vlad, who admittedly is not as good at being a vampire as Mona, but certainly needs his wits about him when he goes to human school. 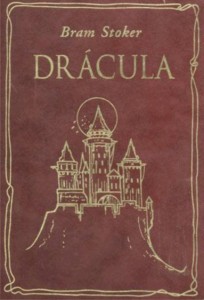 The ultimate vampire! This book was written well over one hundred years ago but is still read by fans of Gothic horror today. The author found the inspiration for his novel in Romanian folktales about a man called Vlad Dracula, nicknamed Vlad the Impaler. Vlad was a man renowned for his cruelty – legend has it that he drank the blood of his enemies to give himself strength. In fact there is little evidence to support this, although it seems he did enjoy having his dinner alongside the still twitching bodies of his slain enemies, which he had impaled on spikes, hence his nickname! Bram Stoker’s fictional character Count Dracula moves from his home in Transylvania to England where he does all the things we’ve now come to expect from vampires: he drinks a young girl’s blood and turns her into a vampire too; he turns into a werewolf and a bat and he has powerful hypnotic and telepathic abilities. He does not cast a shadow or have a reflection and prefers to travel at night when his powers are at their strongest. Some of these ideas have found their way into my own book, Vlad the World’s Worst Vampire, but as the title suggests, my little Vlad is pretty hopeless at all these “vampire skills”! 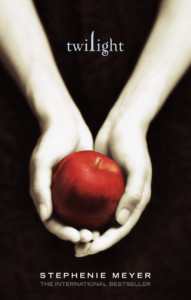 This four-title series took the book world by storm with the publication of the first story in 2008. Teens fell for the charismatic 104-year-old vampire, Edward Cullen, who himself falls in love with a human girl, Bella Swan. Edward’s family no longer drink human blood, preferring instead to feast on the blood of animals. This means that Bella is not endangered by Edward in the same way as the girls in Bram Stoker’s book are by Count Dracula, and she and Edward are free to pursue their relationship. However, there are trials and tribulations aplenty, especially when other “newborn” vampires with more traditional views come along and try to sink their fangs into Bella to make her a vampire too. My character Vlad struggles with vampire traditions. He hates drinking blood, even though his parents don’t bite humans any more. They have their blood delivered by a blood donor van called Red Cells Express! 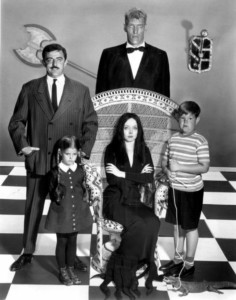 I know, I know – this is not a vampire story! But I had to mention the creepy Addams Family because of the impact the television series had on me as a child. In any case, the little sister Wednesday Addams is so pale and strange she has always seemed quite vampiric to me. The cast of characters is much more varied than in a straightforward vampire tale, though – each Addams family member has his or her (or its!) own unique personality. However, they are all perfectly gruesome Halloween monsters in their own right. From Morticia, the witchy mother, to Cousin Itt, a tiny creature whose body is completely shrouded in hair, to Thing – a speaking, disembodied arm, there is enough here to make sure you don’t want to be watching the show alone on a dark and stormy night. But the show was also incredibly funny, and it was this mixture of the macabre with the amusing that I hoped to achieve my own stories. Also, if you know anything about the kooky, spooky Addams family, you won’t have any trouble at all in seeing where I got the inspiration for the names of some of my characters. Morticia just might have had something to do with Vlad’s mother being called Mortemia, for example. And the crazy personality of Uncle Gomez certainly influenced my creation of Grandpa Gory and Mulch the butler too.

Anna Wilson is the author of humorous books for children. THE POODLE PROBLEM was chosen as a Richard and Judy Book Club title, and MONKEY BUSINESS and SUMMER SHADOW have been shortlisted for several awards. She lives in Bradford-on-Avon, Wiltshire.

You can find out more about Anna on her website – www.annawilson.co.uk 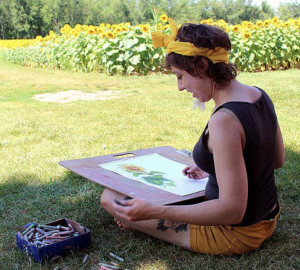 You can find out more about Kathryn on her website –  www.kathryndurst.com

A huge thank you to Anna for a fab guest post and to Beth at Stripes Publishing for asking me to host.

Have you read Vlad The Worlds Worst Vampire?  Did you enjoy?  What did you love about it?  Who are your favourite fictional vampires?  I would love to hear from you!  Why not leave a comment using the reply button at the top of the post or tweet me on twitter using @ChelleyToy !