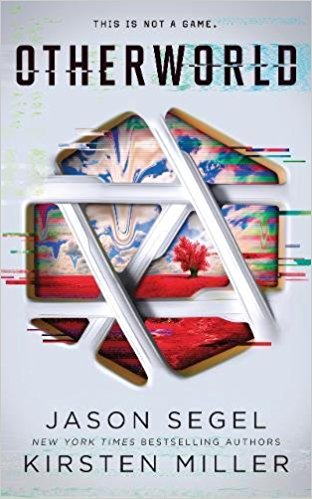 Today I am super excited to be part of the #Otherworld blog tour where I am sharing a thrilling extract and exciting giveaway!

Otherworld was released on the 31st October published by Rock The Boat and is set to me one addictive thrilling read!

So sit back and relax and enter the Otherworld…… 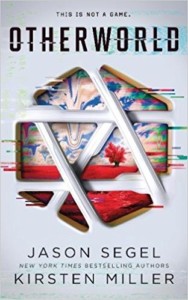 “Full of high stakes, thrillers, and fantastic twists and turns, fans of Ready Player One are sure to love this addictive read.” ―BUZZFEED

Welcome to real life 2.0. Are you ready to play?

There are no screens. There are no controls. You don’t just see and hear it – you taste, smell, and touch it too. In this new reality there are no rules to follow, no laws to break. You can live your best life.
It’s a game so addictive you’ll never want it to end. Until you realize that you’re the one being played.
Step into Otherworld. Leave your body behind.

The frightening future that Jason Segel and Kirsten Miller have imagined is not far away. Otherworld asks the question we’ll all soon be asking: if technology can deliver everything we want, how much are we willing to pay?

“Hey, crazy!” someone shouts. I recognize the voice. It belongs to a girl from school. “What the hell are you doing?”

“What does it look like?” I call out. “I’m getting a tan.” “Put some clothes on, you pervert!” shouts a second voice. “Nobody wants to see your hairy butt cheeks, Simon,” screams a third. I open my eyes a crack and see three girls from school hanging out of a car. One of them is already tapping away at her phone. Their friends will be arriving soon.

My butt cheeks aren’t quite as furry as they’ve been made out to be, and apparently lots of people would like to see them, because the traffic on my street goes nuts for the next thirty minutes.

I don’t pay any attention to the hoots and catcalls. Crossing ice fields and getting blown to smithereens for hours on end was exhausting. I got about five hours of sleep, but I’ll need more if I want to go back in tonight. I’m just drifting off when I hear a car pull into my drive. A few seconds later, someone’s thrown a jacket over me.

“Get up and get inside.” It’s my mother.

I open my eyes. She’s looming over my chaise, and she’s pissed as hell.

“The people across the street are threatening to phone the police,” she hisses.

“Hi, Mom,” I say with a yawn. “You look stunning this afternoon.”

She does. Her black hair is pulled into a fancy knot, and she’s wearing a silk dress in a very tasteful shade of pale blue. Her painted lips are pressed together beneath her perfect nose.

I sigh and sit up, tying her jacket around my waist. “Aren’t you overreacting? I’m sure the neighbors will forget all about this unfortunate incident if you let them keep their vulgar roses.”

“Those people are not who you should be worried about,” she says. “My accountant just called to ask if the six-thousand-dollar charge on my AmEx for video game equipment was a business expense. You stole my credit card, Simon. One more word from you and I’m dialing your probation officer.”

This is unexpected. The accountant must be new. The old one didn’t ask questions.

I’m fully clothed and sitting on the living room couch when my father gets home. He’s dressed in Easter egg colors and there’s a nine iron in his hand. Apparently I’ve interrupted a golf game. He walks straight through the room without even acknowledging me. A few minutes later, he’s back, and he’s got my new headset, gloves and booties. He drops them all in a pile on the floor.

I wince when I hear a crack. “Come on, Dad,” I groan. “Do you know how hard it was to get all that stuff? Only a couple thousand of those headsets have even been made. That one’s going to be worth a fortune someday.”

Not exactly—I bought two sets of gear. I only kept one for myself. “It’s not crap,” I say. “It’s the newest virtual reality technology. I was on a wait list for that headset—”

“So it’s a video game,” my father says. If you didn’t know him, you wouldn’t think he was that angry. But I’ve spent eighteen years with Grant Eaton, and I know all the warning signs. He’s about to blow sky-high.

“It’s over.” He lifts his nine iron over his head and brings it down hard on the equipment. He repeats the same motion at least three dozen times, until his face is bright red and he’s out of breath.

I’m finding it pretty hard to breathe too. My last chance to spend time with Kat is just a pile of plastic shards. 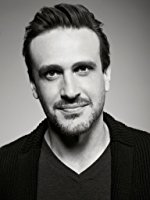 Jason Segel is an actor, a writer, and an author. Segel wrote and starred in Forgetting Sarah Marshall and co-wrote Disney’s The Muppets, which won an Academy Award for Best Original Song. On television, Segel starred on How I Met Your Mother and Freaks and Geeks. He is the co-author of the New York Times bestselling series Nightmares!  Otherworld is his first novel for young adults.

Kirsten Miller is the author of the acclaimed Kiki Strike books, the New York Times bestseller The Eternal Ones, and How to Lead a Life of Crime. Otherworld is the fifth novel Kirsten has written with Jason Segel.  kirstenmillerbooks.com

With thanks to the lovely people at Rock The Boat I have 1 x copy of Otherworld to giveaway to 1 lucky winner! 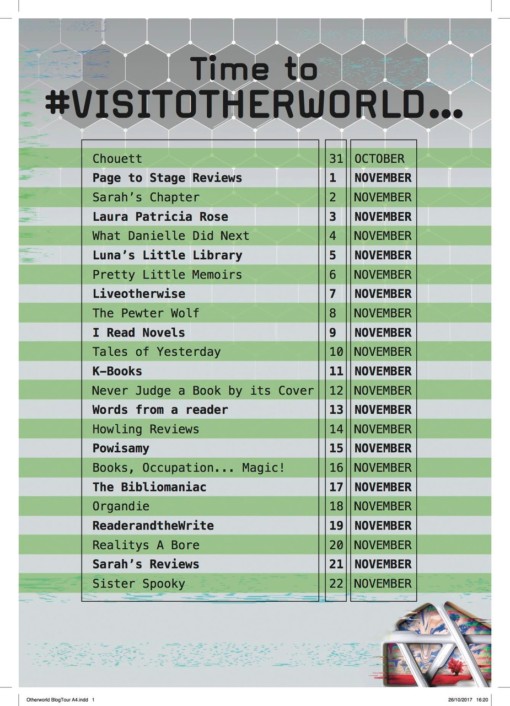 A huge thank you to Rock The Boat and Nina Douglas for having me on this fab blog tour!

Have you read Otherworld?  Did you enjoy?  What did you love about it?  I would love to hear from you!  Why not leave a comment using the reply button at the top of the post or tweet me on twitter using @ChelleyToy !