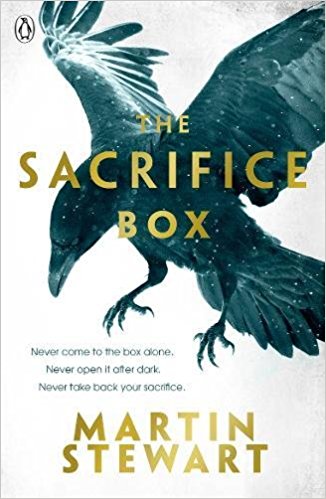 Today I am absolutely thrilled and honoured to have the amazing Martin Stewart here on the blog with a fantastic guest post all about the amazing The Sacrifice Box!

The Sacrifice Box was released on the 11th January 2018 published by Penguin and I can confirm that it is just pure brilliance!

As Martin Stewart is our #BritishBooksChallenge18  author of the month I also have a brilliant giveaway!

So sit back an enjoy a little about The Sacrifice Box and it’s amazing nostalgia….. 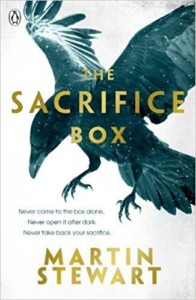 An atmospheric, chilling page turner from rising star Martin Stewart, reminiscent of Stand by Me and Stranger Things.

Sep, Arkle, Mack, Lamb and Hadley: five friends thrown together one hot, sultry summer. When they discover an ancient stone box hidden in the forest, they decide to each make a sacrifice: something special to them, committed to the box for ever. And they make a pact: they will never return to the box at night; they’ll never visit it alone; and they’ll never take back their offerings.

Four years later, a series of strange and terrifying events take place. Someone broke the rules, and now everyone has to pay.

But how much are they willing to sacrifice?

Having begun its life many years ago as nothing more than a feeling I wanted to capture, it’s beyond thrilling to see The Sacrifice Box out in the world. This is a story of friendship, of togetherness; of the power our fears wield in the dark corners of our souls ― and of the importance of a good mixtape. This is a world of high-tops and Choppers, of Walkmans (Walkmen?) and big hair.

The setting fits my character, because I’ve always been prone to nostalgia. Crippling nostalgia, really. I only replaced my childhood Christmas stocking a couple of years ago because it disintegrated (I’m thirty-five years old). I have a custom-built cupboard in my living room for my childhood games consoles: Megadrive, SNES, Playstation (just Playstation, mind ― this is before they were given numbers). Most of my Desert Island Discs would be hewn from the rock of my teenage memories: Oasis, The Manic Street Preachers, Stereophonics, Radiohead… (as I write, prompted by this reverie, I’ve just put The Lightning Seeds on Spotify).

I am very much chained to my past.

The Sacrifice Box was, first, a title. Its growth from that point was driven by the image of young people finding an ancient box, filling it with (seemingly) innocuous stuff and discovering that, whatever they give it, the box wants more.

But there was a problem ― this was a MG story. Ten-year-olds might make a friendship sacrifice of this nature, but not fifteen-year-olds. So the story had to change shape, and it did so with a pleasingly gothic twist: the group would make their sacrifices in the past, lose touch ― and years later, those seemingly innocuous offerings would come back to hunt them. A sacrifice made during a brief, intense, forgotten summer friendship felt just right ― and that’s where my (crippling) nostalgia came in.

Because what I had now was a story that felt a little like The Breakfast Club reuniting to fight the Gremlins, and I found that the tropes of classic 80s stories fit the story I had in mind: intense friendship, kid-centric horror, an unlikely small-town gang facing a threat their parents know nothing about…

I set the story in 1986, and I was able to let my nostalgic spirit run free.

I found it a lot of fun. Nostalgia is driven by comfort, after all ―we remember how free we once were, how unburdened by the concerns of high school and uni and work. The clothes are funny, the haircuts funnier, and the summers never-ending. Our past is known and, therefore, safe.

But danger lurks in our pasts, too, because everything is sharpest when we’re young: arguments, infatuations, self-regard, fear, laughter ― stories. Young lives are lived on a keen edge.

So, who better to write for than young readers?

What would you sacrifice?

You can buy a copy of The Sacrifice Box here or from your local bookshop!

Or listen to The Sacrifice Box Spotify Playlist here 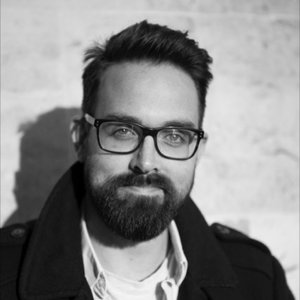 Before I was a writer, I was a caddie, barman, recycling technician, wine advisor, university lecturer, and English teacher. My time in the classroom inspired me to turn my pen towards writing for younger readers, and now I love visiting schools to help students develop their own writing, and to encourage them to pursue their creative ambitions. As a writer, I’m interested in the stories that take place in the shadows, and exploring the tension between laughter and fear. I love the work of John Steinbeck and Philip Pullman. More than anything else, I love to edit, because that’s where the real writing gets done. You can read about how I became a writer here. As a human being, I’m interested in spending time with my partner and daughter, running on the beach with the dog, trying to make the perfect Old Fashioned, cooking with eggs, re-watching my favourite films as often as possible, and listening to podcasts whenever I can.

You can find out more about Martin on his website – www.martinstewartwriter.com 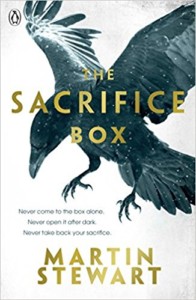 With thanks to the lovely people at Penguin I have 5 copies of The Sacrifice Box to giveaway to 5 lucky winners!

You can enter this giveaway by my twitter here 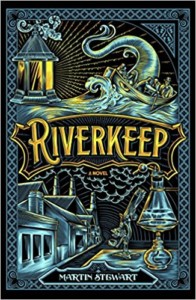 A huge thank you to Martin for a brilliant guest post that has made want to go and revisit everything 80’s and to Simon at Penguin for embracing the #BritishBooksChallenge18 author of the month and giving me some fab books to giveaway!

Have you read The Sacrifice Box  What did you think?  What was your favourite part?  What are your nostalgic memories?  If you have not read it yet have we tempted you to go and grab a copy?   I would love to hear from you!  Why not leave a comment using the reply button at the top of this post or tweet me on twitter using @chelleytoy!