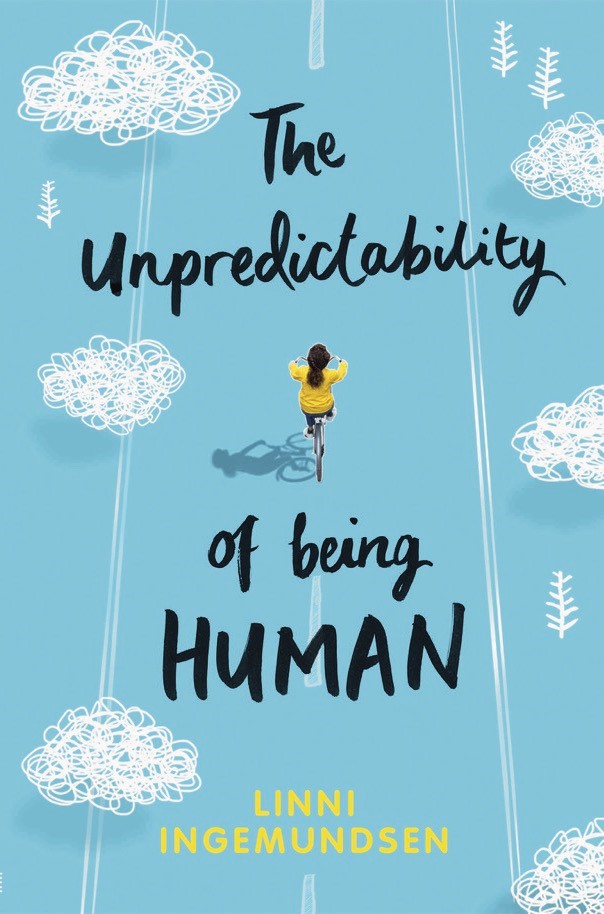 I’ve heard so many great things about The Unpredictability Of Being Human that I am super happy to be featuring Linni Ingemundsen on Tales today with a brilliant guest post!

The Unpredictability Of Being Human was released on the 1st January 2018 published by the lovelies at Usborne and is a brilliant YA Contemporary.

Today Linni has stopped by to share The Unpredictability Of Being Human Playlist…..so turn the music upload and enjoy…. 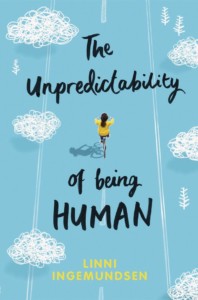 If 14-year-old Malin was God for a day, she wouldn’t change much. Dad would still yell; her brother Sigve would still get in trouble, and Mom would still think wine is good for the heart. She’d still be friends with Hanna, even if they met shoplifting. Because stuff’s okay, mostly. And if He could fix the world, wouldn’t God have done it already?

The Unpredictability Of Being Human Playlist

The Unpredictability of Being Human introduces its reader to a small town community in Norway filled with pain, humour and a whole lot of nothingness. Fourteen year old Malin describes the ups and downs of life and the struggles of being a teenager and fitting in. At the same time she watches family drama play out and buried secrets unfold.

I often listen to music when I write and below I’ve put together a playlist connected to the book. Side A are songs that I listened to when writing it while side B are songs that in one way or another remind me of the story.

I came across this song while checking out the “Discover Weekly” feature on Spotify and it has been on my “writing” playlist ever since.

Jesse Ruben –  This Is Why I Need You

I sometimes find it hard to focus on writing if I know the lyrics of a song too well. This is one of the songs I have listened to on repeat so many times that I can no longer write to it.

The vocals comes together so beautifully and so effortless. The perfect writing song in many ways.

This popped up randomly when listening to the radio on Spotify and I was so into the writing that I didn’t really catch the song properly. Later I found myself playing the chorus over and over in my head and it took me ages to find it again.

About homesick hearts and other things. No matter where I am, I’m always missing somewhere or someone. And I wouldn’t want to live any other way.

Walk Off the Earth –  Little Boxes

Joshua Radin –  We Are Okay

At some point Malin realizes that sometimes feeling okay is enough. I mean it is better than bad after all. And sometimes that’s all we can ask for.

In the book several friendships are gained and lost. This song is about losing someone and hoping they will come back like a boomerang. That doesn’t sound like life to me, but I guess one can always hope.

The love letter in this song pretty much sums up the letter Malin wrote but never sent which was “Dear Ruben, I like you.” I guess sometimes that is all you need to say.

Magnus thinks it is okay that he might not be able to find newest music for his record player. This is the song I imagine him  playing after coming across the vinyl Duets in a thrift store.

You can buy a copy of The Unpredictability Of Being Human here or from your local bookshop! 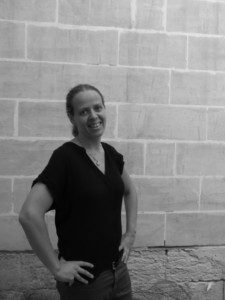 Linni Ingemundsen is from Norway and currently works in Malta. She does not know how to draw but is somehow also a freelance cartoonist. Linni has lived in three different countries and will never be done exploring the world. Still, what truly inspires her writing is her background growing up in a village on the southwestern coast of Norway. Linni began writing her debut novel while on the Oxford Brookes MA in Creative Writing.

A huge thank you to Linni for such a fab guest post and to Nina Douglas and Usborne for organising and asking me to host!

Have you read The Unpredictability Of Being Human?  What did you think?  What was your favourite part?  If you have not read it yet have we tempted you to go and grab a copy?   I would love to hear from you!  Why not leave a comment using the reply button at the top of this post or tweet me on twitter using @chelleytoy!