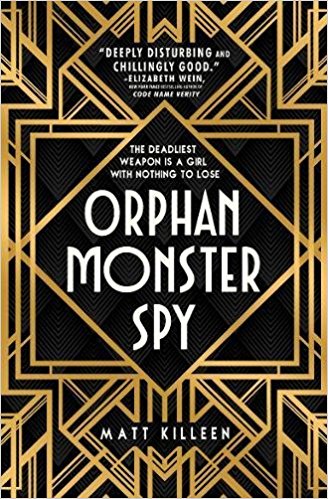 A month or so ago I received an intriguing email about a new debut book, Orphan Monster Spy by Matt Killeen.

Today is my stop on a fantastic blog tour for this book where Matt has been sharing some of his female hero’s….. 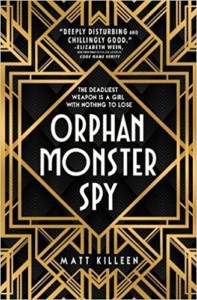 A teenage spy. A Nazi boarding school. The performance of a lifetime.

Sarah has played many roles – but now she faces her most challenging of all. Because there’s only one way for a Jewish orphan spy to survive at a school for the Nazi elite. And that’s to become a monster like them.

They think she is just a little girl. But she is the weapon they never saw coming… with a mission to destroy them all.

I struggle sometimes with fantasy – which I can love – on two counts. Firstly, and I’m looking at you video games, it has a preoccupation with anatomically dubious breast sizes and a minimalist attitude to female armour. By that I mean, fetish underwear as battle equipment. It’s not just that its offensive objectification which plays to some preoccupations that should have been left behind in adolescence, which it is. It’s also dumb. It’s impractical. Instant narrative dissonance. Caitlin Moran’s one question to identify sexism applies here: would the blokes put up with this?

Secondly and given its almost infinite possibilities, some fantasy (or sword & sorcery) tends to come with a set of tired tropes, themes and races established by J.R.R. Tolkein nearly 70 years ago. To the extent that I came out of The Fellowship of the Ring complaining that it was “too-Tolkeinesque”. I think my addled brain was attempting to articulate that decades of homages, re-treads and knock-offs had taken some of the lustre off the real thing.

I did love the movie, but at that point the jury was still out. That was because the character I was waiting for didn’t appear until the second film and her defining moment wouldn’t happen until the third, several years away. Only then could I judge the series. Would Peter Jackson – director of Meet the Feebles – get it right? Not for me, but for everyone?

Now Tolkein didn’t so much do women badly, as kind of ignore them altogether – bypassing the breast and underwear issue, I suppose. I could spend many thousands of words bitching about that, but he did create Éowyn daughter of Théodwyn, and for large parts of the book that did not suck.

I had fallen in love with Éowyn the way any straight boy of seven would have, from the minute that The Lord of the Rings was read to me (…and thanks big brother for one of the greatest gifts anyone has given anyone). She was brave and brilliant and her disobedience resulted in her being in the right place at the right time, so no one would tell her off. She was the kind of woman that made my little chest heave. So, given that, my inner-child may not be an impartial feminist on this.

Yes, she didn’t want to be a woman and wear pink, and yes that’s a cliché with its own problems, but Éowyn’s Moment of Awesome is dependent on her true nature. And boy, is her Moment of Awesome truly awesome, maybe the greatest single moment of any character ever in the realm of hitting things with bits of metal.

It is a pivotal moment in the whole trilogy. The arrival of the Witch-King of Angmar to stop the charge of the Rohirrim is a game changer. So monstrous is his presence that everybody runs. Nobody can go near him, let alone face him down. Everything hinges on this one moment. The Battle of the Pelennor Fields is basically lost at this point, long before Aragorn can get there with his ghost friends. Minas Tirith falls, there’s no march to the Black Gate, no distraction to empty Mordor, Frodo is captured and Middle-earth falls under an eternity of darkness.

But someone does face him down. One woman (and a hobbit, naturally) stands in front of her uncle’s body and dares the Lord of the Nazgûl to come through her to get him. After a lifetime being side-lined by the patriarchy, squaring up to an unspeakable horror clearly didn’t seem that much more difficult by comparison. She kills the big pterodactyl thing, she gets her arm shattered blocking his giant mace, yet still has the wherewithal to spot the flaw in his overconfidence…yes, no man can harm him, but she isn’t one. It’s a beautiful moment. With the last of her strength, she uses Merry’s distraction to drive her sword into his giant Ringwraith face.

Yes, there’s that horrible now-I’m-in-love-I-can-stop-being-myself thing with Faramir, but I kind of edited that out myself. It made far more sense to even the seven-year-old me that Éowyn could surrender her sword because, a) she was probably a little tired from all the Nazgûl slaying, b) there wasn’t anyone left to fight, and c) she was now a famous ultimate badass that people would sing songs about for all time. You know, some resolution and peace of mind on her own terms. Being a bit down before that was understandable, and it was probably PTSD brought on by a sudden life-threatening trauma or the spectre of worldwide destruction. In fact, if the chance of a snog and a future free from fear of enslavement by evil eldritch powers helped her get over that, she should be congratulated for her resilience.

In the peerless 1981 BBC Radio 4 dramatization Éowyn’s moment was lost in a cacophony of screams, grunts and sound effects so I’d waited two decades to see it come to life. I wasn’t disappointed. Miranda Otto plays Éowyn to perfection.

She doesn’t “fall in love” with Aragorn, not really. She just feels the natural leader he is, the opportunities he represents and yearns to follow him, like everyone else, male or female. And when the time comes, she and Jackson got that bravery is not the absence of fear. In fact Éowyn looks absolutely terrified every second of the encounter. Amongst all the grizzled detachment elsewhere, it makes it the standout confrontation in the trilogy. The exception to all that distress is that great epiphany. I am no man. No, she knows she’s better than that, she is the very thing she felt held her back all this time. It turns out she is good enough and had been all along. She smiles and SMITES him. 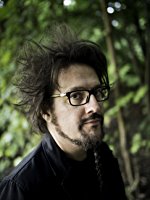 Matt Killeen was born in Birmingham and, like many of his generation, was absorbed by tales of the war and obsessed with football from an early age. Guitars arrived at fourteen, wrecking any hopes of so-called normality.

He has had a great many careers – some creative, some involving laser guns – and has made a living as an advertising copywriter and largely ignored music and sports journalist. He fulfilled a childhood ambition and became a writer for the world’s best-loved toy company in 2010.

He lives near London with his soulmate, children, dog and musical instruments, looking wistfully north at a hometown that has been largely demolished & rebuilt in his lengthy absence. 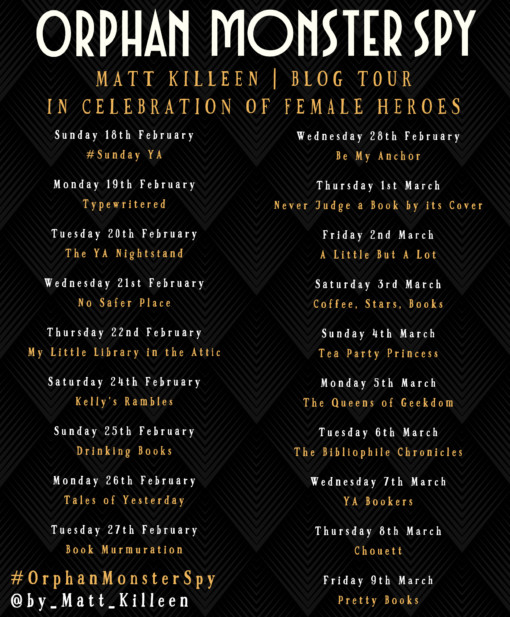 A huge thank you to Fritha at Usborne for sending me this fab book and for asking me to be part of the Blog Tour and to Matt for such a fab post!

Have you read Orphan Monster Spy?  What did you think?  What was your favourite part?  If you have not read it yet have we tempted you to go and grab a copy?   I would love to hear from you!  Why not leave a comment using the reply button at the top of this post or tweet me on twitter using @chelleytoy!